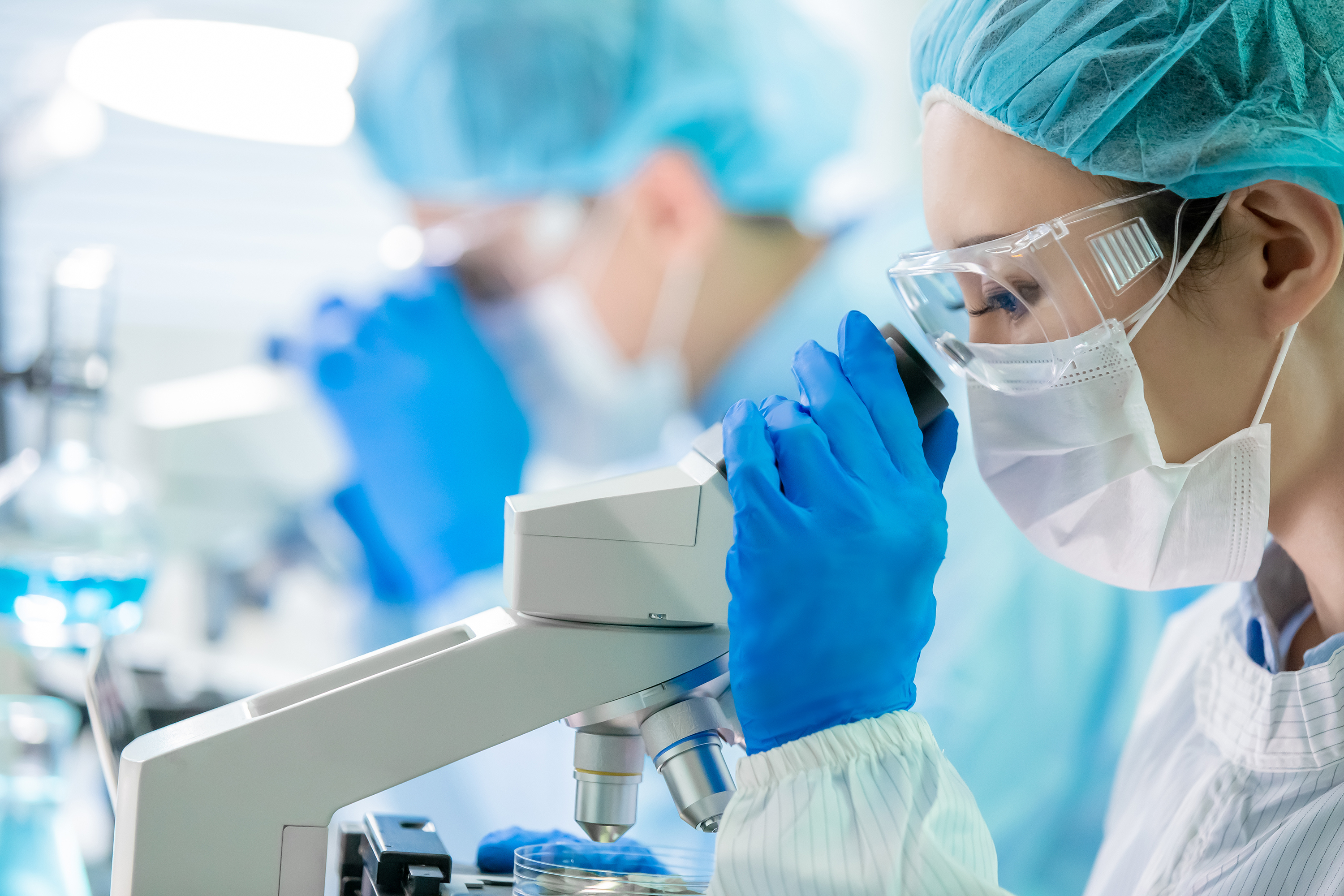 What does it take to succeed in clinical and translational science? How does a young investigator navigate those early-career leaps from student/trainee to independently funded research scientist? What inspires a research focus, and how do you build a career around it?

The program participants presented their research at the annual Harvard Catalyst Research Day on June 14, where the keynote address by longtime clinical researcher Hadine Joffe offered some answers and encouragement.

Joffe, the Paula Johnson, MD Professor of Psychiatry in the Field of Women’s Health at Harvard Medical School, laid out a roadmap for how to succeed in science, using her own career to illustrate principles translatable to others.

The founder and director of the Women’s Hormones and Aging Research program at Brigham and Women’s Hospital and executive vice chair for academic and faculty affairs in the Brigham and Women’s psychiatry department, Joffe offered advice gleaned from 25 years in clinical reproductive neuroscience, from choosing a field of research to avoiding dead ends to persevering through funding rejections.

‘Be the inflatable man’

When Joffe trained in psychiatry in the mid-90s she was not expecting clinical research to become her path, she said. But in her clinical rotations, she kept hearing from female patients who were experiencing neuropsychiatric symptoms associated with the hormonal changes that occur with menopause or breast cancer therapy.

“I went dutifully and tried to ask questions of all my supervisors, and nobody really knew why,” Joffe said. “There weren’t a lot of answers. Trying to understand how these processes function has really been driving my career throughout.”

But her career was no straight shot, she said.  The idealized image of a scientist neatly climbing the ladder from trainee to K grant, junior faculty, PI, lab head and beyond, Joffe added, is a long way from reality.

“The truth is, none of us got to the point we’re at with one straight vertical line. None of us came to it all at once, and not all of us ended up doing exactly what we thought we would do.”

“The truth is, none of us got to the point we’re at with one straight vertical line. None of us came to it all at once, and not all of us ended up doing exactly what we thought we would do. Some of us diverged to different directions. There are bound to be bumps along the road,” she said.

To succeed, she advised, adaptability is essential. Sometimes, she said, young scientists may feel like one of those inflatable tube characters that repeatedly fall down and stand back up as they deflate and inflate.

“I tell all my mentees, if you’re going to have a life of grants and independently funded research, this is your life: Be the inflatable man. You will fall down and you will get up many times. And you will find your way out,” Joffe said.

Joffe outlined nine “meta messages” from her own career that she said may have relevance for many young investigators’ careers, sharing how each played out in her experience.

1. Recognize the value of a clinical focus

“You may take it for granted when you’re a clinician, but when you start working with people who are population scientists and basic scientists—and you should work with them—they won’t have the salience that you have from sitting with patients who are asking why this happened and what can we do,” Joffe said. “You get ideas, and you really have the privilege of translating your work.”

“My favorite experiences are when patients and clinicians come up to me and say I read your paper and I used it in the care of my patient,” she added. “It doesn’t get better than that.”

Work on your “elevator pitch,” Joffe advised. Even if you’re just starting out, nail down your one-sentence description of what you do and who you are. Don’t wait until you’re “established.” Revisit your narrative regularly and revise as necessary. “You have to start somewhere,” she said.

3. Where and how to begin

Joffe suggests starting small and taking a circumscribed approach initially. You want to get results quickly. Do something that gets you the data you need to write that paper, so you have something to take to the next level.

Also, nurture collaborations and expose yourself to other ideas and projects. Joffe used a pinball metaphor to describe how a researcher’s trajectory can be influenced by ideas, even disagreements, that they run up against in collaborative work, which then can send them in a different direction or propel them forward like the levers and chutes in a pinball game.

“Some of my ideas have come from exposing myself to approaches and to thinking that were very different from the way I thought about it,” Joffe said.

Early on, Joffe said she got excited by the prospect of understanding the biological mechanisms underlying what her patients were experiencing. That fundamental purpose continues to drive her work.

“As a brain doctor, I knew that three out of the top five most common symptoms [of hormonal changes] were brain phenomena, so I felt that I was in a privileged place to use my expertise to address this question,” she said.

It’s OK to have more than one focus, she said, especially if they each relate to one another or look at different aspects of a problem. She advised the young scientists to find the spark that inspires you.

Joffe shared her own dead-end research story, a pursuit that generated eight publications over 10 years but then ended.

“You want to make sure that whatever you do allows you to build something else,” Joffe said. “Don’t do something where you say: OK, I did it; it’s done. What’s the bigger story? How do you build the story?”

She cautioned that researchers should try to minimize the chances of reaching dead ends by getting feedback along the way via mentors and collaborative networks, by staying on top of the relevant research, and by periodically stepping back to take in the broader view. Talk to people, Joffe said, especially people who disagree with you and people who are many years senior.

6. Build around your focus

For her research, Joffe said she began with a basic question: Why do women have such a higher risk of depression? Menopause then became a highly compelling natural model relevant to a large patient population of midlife women with breast cancer. Tracing her own research progress from earliest findings to latest work, she showed how each piece built on earlier findings and then pointed to new directions or collaborations.

7. How to fund your work

Getting funding can be grueling, she said. Over 25 years, Joffe said she’s written many more grant applications than she’s received funding for, and has experienced gaps in funding despite being “somebody who hustled to get grants.”

She shared a color-coded trajectory of her funding sources over the course of her career. They comprised training grants early on, then internally funded pilot awards, such as those that Harvard Catalyst offers, foundation and nongovernmental organization grants, bridge funding, institutional funding, and finally the large NIH-funded grants and collaborative projects.

“Writing each grant, I think, is like a trimester of pregnancy, and then you kind of raise them like your children for five years until kindergarten,” she said. “These are huge investments of time.”

Joffe reinforced the idea that your team matters.

“One of the benefits of being involved in a team is that you have different models and you really benefit from different approaches to the work that you do. You can avoid groupthink. You can innovate on the edge sometimes,” she said.

Mentorship is invaluable, Joffe added, pointing to her own mentors who invested time and resources with her “because they believed in me.”

As a psychiatrist with training in epidemiology, Joffe said she has explored a number of scientific approaches and has been interested in different methodologies that use complementary approaches. Over time, she has focused primarily on human experimental work.

“I felt like many scientists were doing clinical interventions and population science, but fewer people really love the experiments in humans,” she said. “And it’s hard.”

Ten Clinical and Translational Research Academy enrollees were recognized during the event with certificates of completion honoring their commitment to building a career in clinical and translational research and successful completion of the academy course curriculum.

“For people who want to pursue careers in clinical and translational research, one of the major stumbling blocks is not having all the skills to be successful.”

They joined more than 250 others who graduated in previous programs, about 90% of whom hold positions in academia, government agencies, and pharmaceutical or biotech companies.

“For people who want to pursue careers in clinical and translational research, one of the major stumbling blocks is not having all the skills to be successful. It’s often undervalued by the institution in which you may be working, but it’s so important,” said research academy director Paul Conlin.

“The Clinical and Translational Research Academy tries to address these issues by providing a two-year structured training program that focuses on the tools and techniques that people need to be successful and effective clinical and translational investigators,” he said. “Today, we honor 10 individuals who have committed themselves to obtaining this extra training to enhance their research careers.”

All trainees had an opportunity to present posters about their research projects during breakout sessions after the plenary session. Two were selected to present their research during the opening ceremony as representatives of each program: