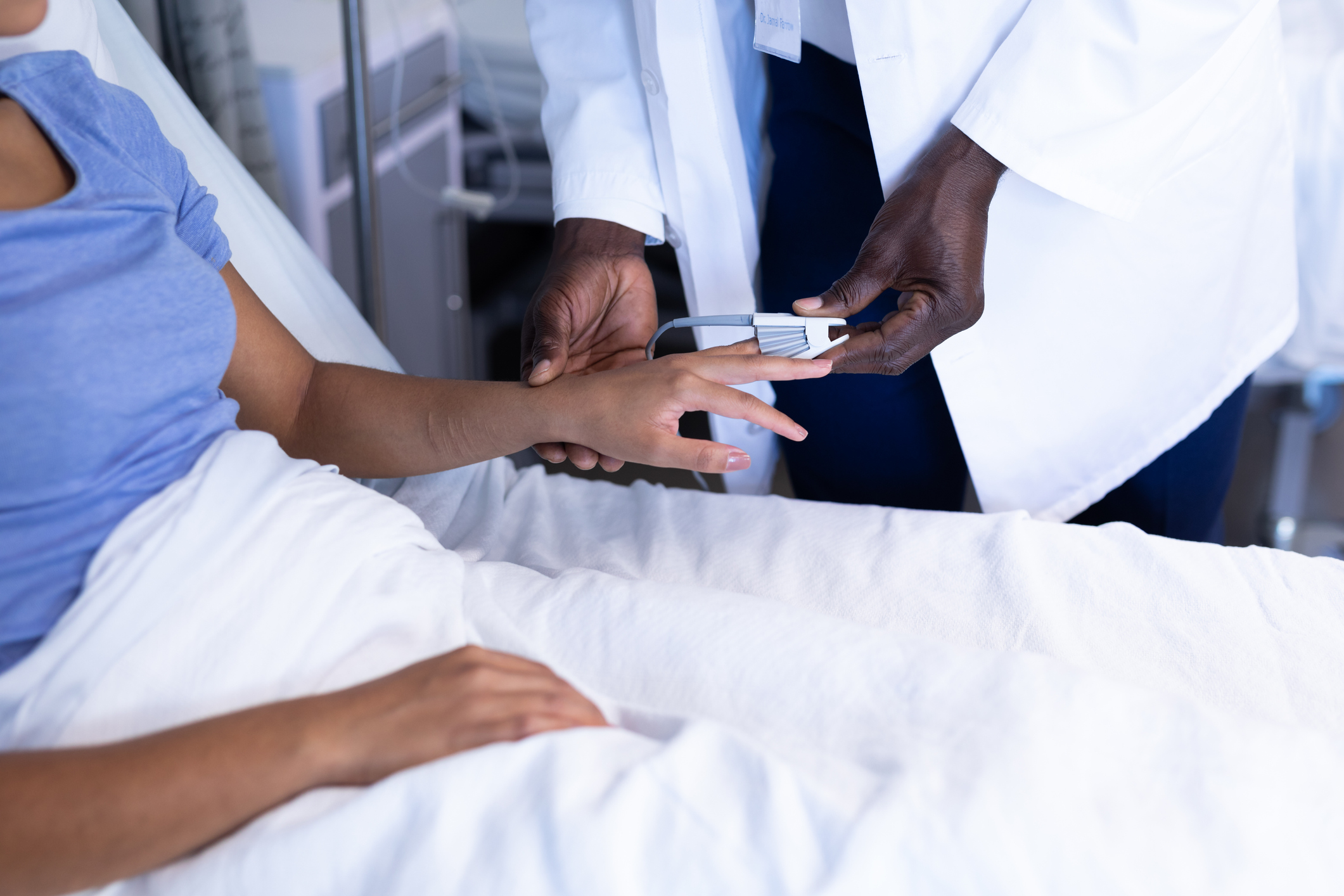 Most patients are familiar with the pulse oximeter from visits to the doctor’s office. Placed on a patient’s finger or ear lobe, pulse oximeters are an easy way to quickly get a measure of blood oxygen saturation (SpO2), an important measure of how well they are breathing on their own or whether they need supportive treatment.

But, according to a new study led by Harvard Medical School (HMS) researchers at Brigham and Women’s Hospital and Beth Israel Deaconess Medical Center, the device may be contributing to disparities in care based on a patient’s race.

It’s been known for decades that skin pigmentation and melanin can affect a pulse oximeter’s ability to accurately measure oxygen saturation. This new study, published July 11 in JAMA Internal Medicine, finds evidence that those inaccuracies may also be associated with disparities in care.

“It’s important to keep in mind that pulse oximeters give us an estimate, but it’s more than just a number. We use that estimate to make clinical decisions, such as how much supplemental oxygen to give a patient,” said corresponding author Eric Gottlieb, HMS clinical fellow in medicine at Brigham and Women’s. “It has real meaning for the patients that we care for because we can track back racial disparities in treatment to these differences in measurements.”

“Understanding biases that exist within real-world data is crucial before we use them to train algorithms to assist clinicians with decision-making.”

Pulse oximeters measure how much light passes through the skin to estimate how much oxygen is in a patient’s red blood cells. The most accurate way to measure true blood hemoglobin oxygen saturation levels is by taking a sample of a patient’s arterial blood, which requires inserting a needle into the radial artery in the wrist or putting in an arterial line—procedures that are uncomfortable for patients and cannot be done as regularly or as easily as taking measurements with a pulse oximeter. When a patient has falsely elevated SpO2 readings from a pulse oximeter, they may be at heightened risk for hidden hypoxemia, which occurs at higher incidence among patients from racial and ethnic minority groups than among the general population, and is associated with higher mortality rates.

To conduct their study, Gottlieb and colleagues used data from the MIMIC-IV critical care dataset, which includes critical care data for over 50,000 patients admitted to intensive care units at Beth Israel Deaconess. This dataset includes both pulse oximeter readings and oxygen saturation levels detected in blood samples from patients in the ICU. The dataset also includes rates of administration of supplemental oxygen by nasal cannula.

More than 3,000 participants were included in the study, of whom 2,667 were white, 207 Black, 112 Hispanic, and 83 Asian. When the researchers compared SpO2 levels taken by pulse oximeter to oxygen saturation from blood samples, they found that Black, Hispanic, and Asian patients had higher SpO2 readings than white patients for a given blood oxygen saturation level measured in blood samples. As a result, Black, Hispanic, and Asian patients also received lower rates of supplemental oxygen than white patients.

“Understanding biases that exist within real-world data is crucial before we use them to train algorithms to assist clinicians with decision-making,” said senior author Leo Anthony Celi, HMS associate professor of medicine at Beth Israel Deaconess. “Before we invest more money on developing artificial intelligence for healthcare using electronic health records, we have to recognize all the drivers of outcome disparities including those that arise from the use of technology. Otherwise, we risk perpetuating and magnifying health inequities with artificial intelligence.”

“There has been limited interest in solving the problems inherent in pulse oximeters, but we show that these measurements are clinically relevant and pose a real problem that needs to be solved.”

The authors note their study’s limitations, including that their findings are based on data from one institution, that only patients receiving supplemental oxygen by nasal cannula were included, and that race/ethnicity was self-reported and not assessed by skin tone. Future studies could measure skin tone and oxygen delivery more directly and examine other comorbidities and sociodemographic factors that may contribute to disparities.

“To date, there has been limited interest in solving the problems inherent in pulse oximeters, but we show that these measurements are clinically relevant and pose a real problem that needs to be solved,” said Gottlieb. “It’s important that this kind of research continue, and clinicians engage with engineers, regulators, and other stakeholders to insist that this is an issue worth addressing.”