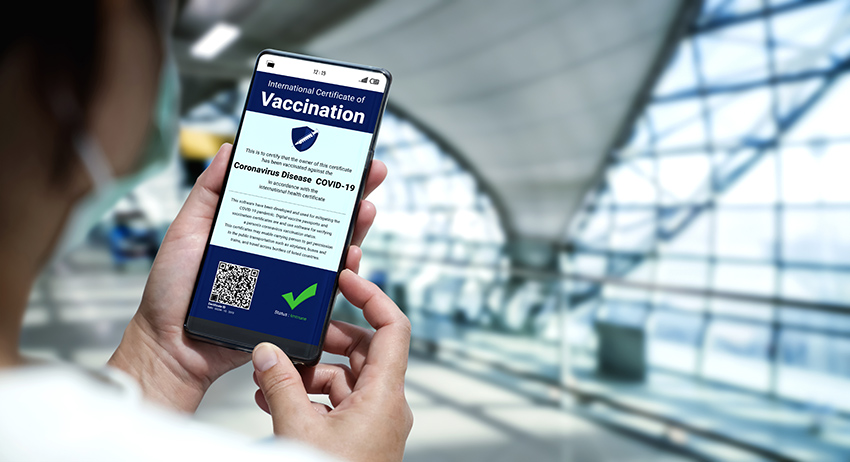 If you recently downloaded your Massachusetts COVID-19 vaccine QR certificate, you are the beneficiary of efforts started more than a decade ago by researchers at Harvard Medical School (HMS) and Boston Children’s Hospital. Broadly, these efforts were aimed at creating an IT healthcare operating system that is flexible and nimble enough to support the use of multiple interoperable, compatible, and substitutable applications.

As part of these efforts, the HMS-Boston Children’s team gave the world open-source software that is now widely used in electronic health records across hospitals and clinics for myriad health apps used by clinicians, researchers, and consumers, as well as by companies including Amazon, Verily, and Google in their health tech products.

This early work led to the creation of a universal programming software that now allows app and platform developers to design their own iPhone-like apps that are compatible with and recognizable across various digital platforms.

The work, which began in 2009, was catalyzed by federal investment in healthcare IT under President Obama and spans several administrations. Digital vaccine certificates are the latest example of this technology. The vaccine app is not only growing in its ubiquity but represents bleeding-edge technology with a promise far greater than the storage and verification of medical information.

“Providing tools that create novel health-information flows, particularly if made available to everyone as open source, creates opportunities—both foreseen and unforeseen—to improve healthcare.”

The early work was spearheaded by HMS researchers Zak Kohane, then at Boston Children’s and now chair of the Department of Biomedical Informatics in the Blavatnik Institute at HMS; Kenneth Mandl, HMS professor of pediatrics and biomedical informatics at Boston Children’s; and Josh Mandel, a lecturer in the Department of Biomedical Informatics at HMS and chief architect of Microsoft Healthcare; along with collaborators Rachel Ramoni, previously at HMS and now chief research and development officer for the U.S. Department of Veterans Affairs; David Kreda, an IT developer and consultant for the NIH-funded Sync4Science at HMS, and Ricky Bloomfield, a physician and clinical informatician who now leads clinical and health informatics efforts at Apple.

Kohane discussed with HMNews the significance of the achievement and what it bodes for the future of healthcare.

Harvard Medicine News: People are becoming increasingly familiar with SMART health cards such as the COVID-19 vaccine certificates, but the idea is not new. What are the origins of this technology?

Kohane: In 2009, a team of us wanted to create a mechanism, an application programming interface (API), to enable technologists and healthcare workers to create their own custom apps atop the monolithic and proprietary electronic health record systems. We were moderately successful in that effort but were fortunate that others took our work and applied it to bring patient data from hospitals to smartphones and then to public health purposes like the SMART health cards. This is yet another example of how good technology can empower various players to adapt and repurpose solutions in novel ways not anticipated by the inventors.

HMNews: What is the moral of this story?

Kohane: To me, the central take-home message is that providing tools that create novel health-information flows, particularly if made available to everyone as open source, creates opportunities—both foreseen and unforeseen—to improve healthcare.

“I look forward to the development of a thriving market of patient-facing applications to guide them (or their proxies or guardians) in the navigation of organized healthcare itself, from the clinical and financial perspective.”

HMNews: What are some other current uses of this technology?

Kohane: An offshoot of our API is being used to share genomic data back to patients. Others are using the API to return health and medical data to patients participating in cohort studies and trials. We are now piloting the use of the API to guide individuals in primary prevention of diseases.

HMNews: What is the next wave in the evolution of computerizing healthcare?

Kohane: Whether socialized or not, the current healthcare delivery model does not scale with the ever-growing complexity of medical science. Consequently, I look forward to the development of a thriving market of patient-facing applications to guide them (or their proxies or guardians) in the navigation of organized healthcare itself, from the clinical and financial perspective. The infrastructure that supports these applications may not be—and doesn’t necessarily need to be—the current organizations leading clinical care.