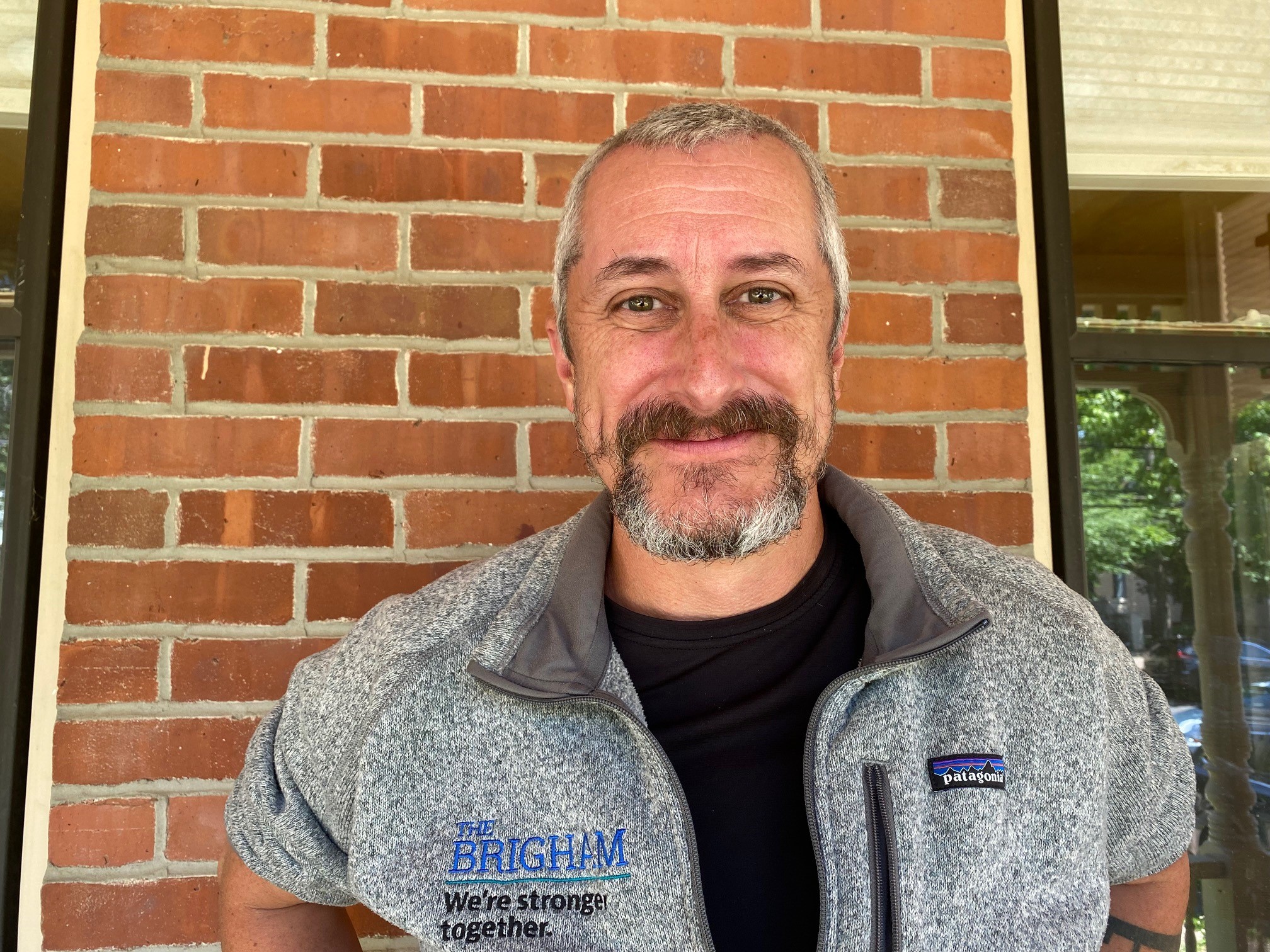 You may have heard that pregnant women shouldn’t eat swordfish, because of the risk of toxicity to the developing fetus. Did you also know about fragrances and air fresheners? Or nonstick cookware?  Stain-resistant carpet, oil-resistant packaging, flame-retardant anything…the list goes on. The toxic soup we’re all swimming in takes on a different flavor altogether when pregnancy is involved, where there are known risks to the developing fetus as well as the mother. But is it ever talked about in pregnancy medical care?

If David Cantonwine, PhD, MPH, has his way, it will be. He wants your friendly neighborhood obstetrician to be both informed and equipped to not only talk with you about environmental toxins but also screen you for them. Cantonwine, an assistant professor of obstetrics, gynecology, and reproductive biology at Brigham and Women’s Hospital (BWH), is trying to develop a quick and easy screening tool that can be used seamlessly in the clinical setting to identify possible risk. It’s been a “side burner” project for Cantonwine since he began at BWH. Pilot funding through our recent opportunity, Everyday Exposures: Toxins and Health 2021, allowed him to make it happen.

We caught up with Cantonwine at his home in New Haven as he was halfway into data collection.

The pilot funding allows you to piggyback on LIFECODES, the longitudinal, ongoing repository of biological samples and data on pregnant women that you manage at BWH division of Maternal-Fetal Medicine. How did you get interested in this area of research?

For me, it goes back to the whole concept of developmental origins of health, the idea that exposures during pregnancy and fetal development could alter your disease trajectory in later life. Initially, for my PhD, I focused on lead exposure and how it relates to cognition and behavioral issues in young kids. The more I explored that, the more I got interested in this concept of pregnancy as a sensitive window for exposure.

“It’s always been of particular interest to me to try to point out and hopefully, through policy, correct our use of these chemicals that will be with us for generations.”

I’ve been lucky to work alongside practicing obstetricians (OBs) at BWH. That has allowed me to switch my focus a bit and think about exposure during pregnancy as a sensitive period not only for fetal development but also for maternal health. That, to me, has been really fascinating. Take preeclampsia, which is a leading cause of maternal mortality and morbidity. Individuals who have preeclampsia are at much higher risk of developing cardiovascular disease later in life. Cardiovascular disease is a leading killer of women. I think of pregnancy as kind of a stress test for later-life health outcomes for moms.

Stepping back further, the whole reason I got into studying metals, and lead specifically, is because I thought of them as legacy compounds, things we extract or create that then stick with us for a very long time. That’s guided a lot of my research. Now I’m beginning to work with PFAS, per- and polyfluoroalkyl substances. These manmade compounds have extremely long half-lives in our bodies and exist for a very long time in the environment. It’s always been of particular interest to me to try to point out and hopefully, through policy, correct our use of these chemicals that will be with us for generations.

What practical need does this research fill?

I work in the Maternal-Fetal Medicine division at BWH, a high-risk obstetrics department in a teaching hospital. I noticed that environmental health risks are not covered in any of the educational avenues of medical school residency or fellowship programs for obstetrics. At all. If we recognize that pregnancy is a vulnerable period, not just for the mother but also for this developing fetus, why don’t we actually train our clinicians a little bit about these exogenous toxins that are everywhere? That’s what we started this research for.

The aim is to help begin to educate OBs about common environmental hazards and to get some sort of easy basic screening tool into clinical settings to identify moms at risk. The funding enables us to initiate the screening tool in a population that we are already following and then validate the tool for the one thing that we actually can validate, which is metal exposure, like lead.

So one reason for doing this is to make OBs aware that pregnant women are exposed to all these things. Some of these women might already be at higher risk for conditions these OBs want to prevent, like preeclampsia and preterm birth. Acknowledging that this is something to be aware of and having a conversation about it could go a long way to reducing exposures to common toxins. The OB might say — “I see that you are using traditional earthenware containers to store food. We know that those could potentially have high lead levels. Let’s test your lead level and stop using those containers to store your food.” Things like that.

How has the increasing ubiquity of these environmental toxins affected research approaches?

“If we recognize that pregnancy is a vulnerable period, not just for the mother but also for this developing fetus, why don’t we actually train our clinicians a little bit about these exogenous toxins that are everywhere?”

In our research, we’ve always treated chemicals as a singular thing, but no one is just exposed to lead or mercury, for example. You’re exposed to a vast array of chemicals. Increasingly in my field, we are acknowledging that you can no longer just treat chemicals singly. You have to start looking at real-world mixtures of them in daily life.

Ultimately what we’re trying to do is provide evidence to help the everyday consumer make decisions, to be able to say: “Maybe I shouldn’t use this plastic water bottle constantly and just use a glass jar.” “Instead of swordfish tonight, maybe I should just eat tilapia.” “Maybe I shouldn’t microwave my lunch in this plastic container.”  Those are some of the things we can guard against.

What was the value of pilot funding to this particular question?

This idea of a clinical screening tool has been on a side burner for me since I was hired at BWH. My main research explores the role of environmental toxin exposure in preeclampsia risk and potential underlying mechanisms, but the idea of screening for environmental toxicants during pregnancy is an interesting question that I’ve always thought has the potential to have significant impact. I just never had the means to pursue it.

We’re implementing  this screening tool in the field now by nesting it within LIFECODES, the large biorepository/birth cohort study run out of Maternal Fetal-Medicine division at BWH. So far, we’ve collected about 250 responses, or about half of the completed questionnaires, as well as blood and urine samples.

On a more personal note, how did the pandemic change your life?

The biggest change over the pandemic was that I was remote for a very long time. I actually live in New Haven, and commute into Boston. For the eight years prior, I took Amtrak, which is super easy and convenient, but I always found on those days I would not really get any exercise. But during the pandemic, I stopped taking Amtrak and began driving. The silver lining to this two-and-a-half-hour car commute, beyond listening to non-stop NPR, was that I got in the habit of stopping midway near Sturbridge village, where there’s a wonderful trail system, and go for a run.  I do miss seeing all my “train friends” but for now I am loving this routine.