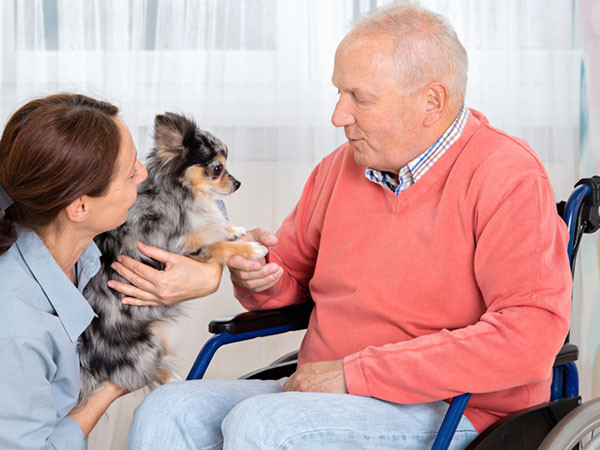 The human and financial cost of Alzheimer’s disease is devastating. More that 55 million people are living with Alzheimer’s disease and other causes of dementia, rising to 78 million by 2030 and 139 million by 2050. In the United States alone, the Alzheimer’s Association estimated that in 2020, more than 11 million unpaid caregivers provided 15.3 billion hours of assistance (valued at $256.7 billion) to 6.2 million people with dementia. That estimate does not include the $51.2 billion in Medicaid payments for Americans ages 65 and older living with dementia.

For years, most Alzheimer’s clinicians, researchers, and advocacy groups have pinned their hopes on a pharmaceutical solution to this crisis, yet there has been failure after failure. Last year, amid considerable professional debate, the FDA approved the first medication thought to be able to slow the accumulation of Alzheimer’s disease pathology in the brain. The theory, as yet unproven, is that if such a drug is given early enough — before there are any symptoms — the disease progression will be so gradual that people will be able to live out their lives without developing disabling dementia.

Although this hoped-for trajectory is logical and laudable, the immediate effect may be costly. The vast majority of new medications being developed for Alzheimer’s disease — including the one the FDA approved — are being evaluated in people who already have symptoms, such as memory loss. These new disease-modifying drugs will therefore first be used in millions of individuals with mild Alzheimer’s symptoms. Because these drugs slow down (but not stop) the accumulation of pathology, individuals with symptomatic Alzheimer’s disease will continue to progress, and — if the therapies are successful — they will progress more slowly. Instead of the mild stage of dementia lasting about three years, it might last four, five, or six years. Instead of the moderate stage lasting about four years, it might last five, six, or seven years. This means that, for the foreseeable future, disease-modifying drugs will not decrease the numbers of individuals living with dementia — it will hugely increase them.

For this reason, it is critical that the U.S. and other countries invest in not only pharmacological but also nonpharmacological treatments for Alzheimer’s disease and other dementias. Although many strategies have been developed to improve memory in those patients with mild memory symptoms, few, if any, of these interventions have undergone large clinical trials to prove (or disprove) their efficacy.

One study from a group of Boston researchers examined 32 individuals with mild memory problems, half with mild cognitive impairment and half with mild Alzheimer’s disease dementia. They found that both groups improved their memory by simply thinking about the following question when learning new information: “What is one unique characteristic of this item or personal experience that differentiates it from others?” Another study by Boston researchers found that 19 individuals with mild cognitive impairment could improve their ability to remember items at a virtual supermarket by simply thinking systematically about whether items were already in their cupboard before putting them in their shopping cart. Larger studies are needed, however, to determine if such memory strategies are generalizable.

Music, pets, robots, and the environment in the moderate to severe stages

Similarly, there are many nonpharmacological treatments that appear to provide comfort and reduce agitation in individuals with moderate to severe dementia, but larger and more rigorous studies are needed to prove or disprove their efficacy, and thereby promote more widespread utilization.

Educating families and other caregivers about how to manage the different stages and facets of dementia is also critical. One pilot study by Brazilian clinicians invited caregivers to participate in educational sessions and found a high rate of program satisfaction. Unfortunately, these types of caregiver education interventions are rarely studied in large clinical trials.

“The only way the U.S.—and the world—will be able to cope with the rising numbers of people with dementia will be for nonpharmacological approaches to be used along with pharmacological therapies.”

If strategies in the mild stages prove effective enough to save just one hour each week of a caregiver’s time for the roughly two million people in the U.S. with mild dementia, it could save 104 million hours valued at $1.7 billion each year. That extra hour might, for example, allow a “sandwiched caregiver” to help their child with homework while their parent with mild dementia takes medications or pays bills independently.

If nonpharmacologic interventions in the moderate to severe stages saved just one month of nursing home care for the roughly four million people with moderate to severe dementia in the U.S., it would save more than $31 billion dollars (based on a semi-private nursing home room costing $93,075 per year). And that financial savings is in addition to the social and emotional benefit to individuals with Alzheimer’s disease and their families.

Finally, once nonpharmacological treatments have been proven efficacious, new models of reimbursement will be needed to pay for their implementation, as traditional insurance payments are geared toward medications. The only way the U.S.—and the world—will be able to cope with the rising numbers of people with dementia will be for nonpharmacological approaches to be used along with pharmacological therapies.