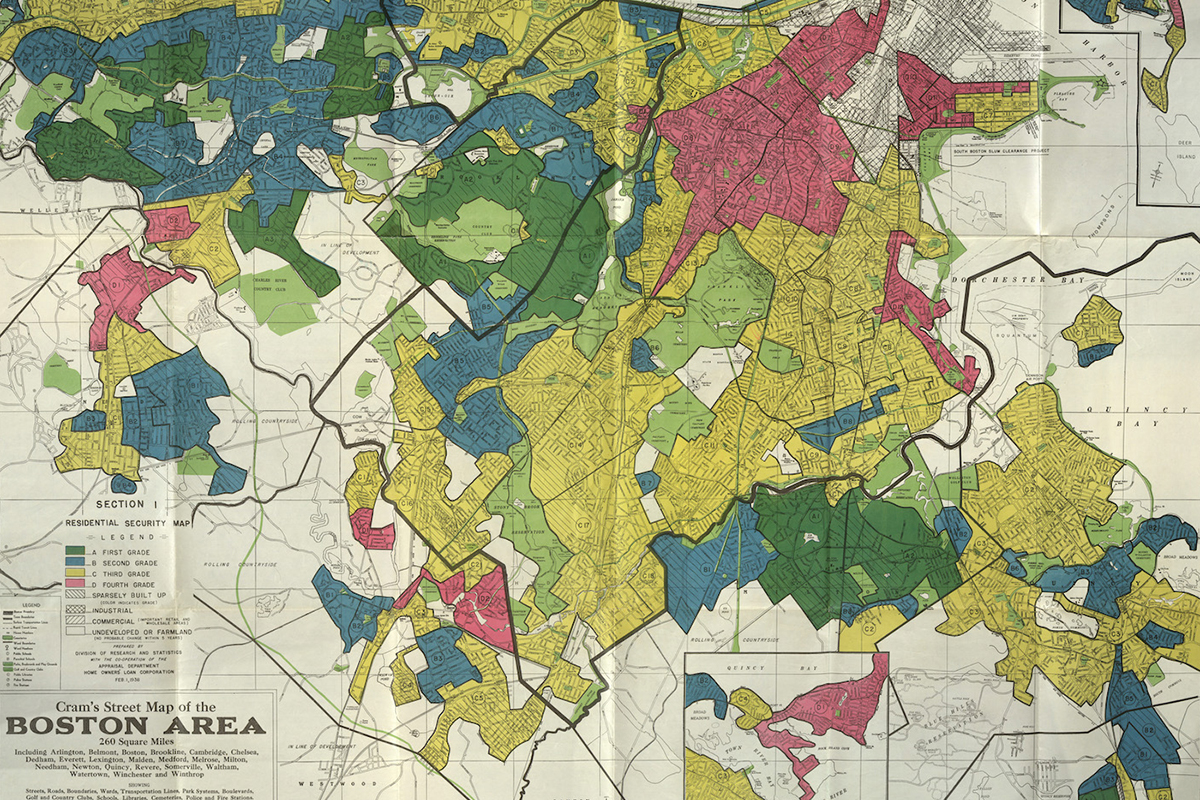 When it comes to exposures to environmental hazards, people of color and low-income groups tend to get the short end of the stick. They are more likely than other groups to live close to highways or power plants; to live in housing with lead, pest, or other problems; and to be exposed to hazardous chemicals in personal care products.

A new series of web resources titled Environmental Racism in Greater Boston, produced by experts at Harvard T.H. Chan School of Public Health, tells a multifaceted and accessible story, including interactive data visualizations, about disparities in environmental exposures from the regional level to the individual level.

While the series focuses on Boston, the problems it highlights occur across the U.S., according to Gary Adamkiewicz, associate professor of environmental health and exposure disparities, who spearheaded the project. “The series underscores that environmental racism is not an isolated story,” he said. “These narratives are everywhere.”

“I thought that would be a unique contribution we could make—to really tell a story about how environmental racism has shaped environmental exposures for residents of the Boston area.” – Gary Adamkiewicz

Adamkiewicz partnered with Tamarra James-Todd, Mark and Catherine Winkler Associate Professor of Environmental Reproductive Epidemiology, and Lisa Frueh, a research assistant at the NIEHS Center, to bring the series to fruition. Frueh was the main architect of the website, compiling the content and writing the narrative, which draws on a wide range of research, including some from Adamkiewicz, an expert in housing and health, and James-Todd, who studies chemical exposures from personal care products. Frueh also connected with other sources ranging from city archivists to urban studies experts.

“Lisa did a terrific job of taking our scientific currency of journal articles and translating that into a visually vibrant and very clear narrative that could help a lay person understand what we’re talking about,” said James-Todd.

The series’ story arc begins with an exploration of racial residential segregation in the Greater Boston area, delving into topics such as redlining, a practice common from the 1930s through the 1960s, under which people living in certain areas—where mainly people of color, working-class people, and immigrants lived—were denied federally-backed housing loans based on color-coded maps with red sections rated as “hazardous” for awarding loans. The series also describes restrictive covenants, which prohibited properties from being sold or leased to nonwhites, and other processes that furthered racial segregation such as suburbanization and “white flight” from cities. The narrative notes that the cumulative effects of such policies and practices are still felt today, as Greater Boston remains starkly segregated by race and class.

The series goes on to outline disparities at the neighborhood level—in air pollution, water pollution, soil pollution, proximity to pollution sources, green space, and urban heat. The narrative explains that people of color and low-income populations are more likely to live near pollution sources such as highways, landfills, and bus yards, in part because of residential segregation and in part because these populations have fewer resources to oppose such construction.

The series also documents how communities of color and low-income groups tend to face higher exposures to indoor air pollution sources in households—for example, gas stoves, volatile organic compounds (from products such as air fresheners), secondhand smoke, lead, pests, and mold. For instance, a 2014 analysis of Los Angeles households co-authored by Harvard Chan School’s Ichiro Kawachi and S.V. Subramanian found that Hispanic and Asian households were nearly three times as likely to report cockroaches in their home compared to non-Hispanic whites, and that households with primary caregivers with at least a high school diploma were nearly five times less likely to report mice and cockroaches in their homes compared to those without a high school degree.

“Being able to tie the understanding of structural forces and environmental racism to individual behavior, to me, is the biggest win of the project.” – Lisa Frueh

The last section of the series focuses on personal care products including makeup, hair products, body products such as lotions and soaps, and products for nail care and menstrual care, pointing out that the use of these products is not simply a matter of individual choice, but also has to do with access, affordability, cultural preferences, and where people work. In an environment in which Eurocentric standards of beauty are promoted, women of color are more likely than white women to use products such as skin lighteners or hair straighteners, and thus tend to have higher exposures to unsafe chemicals. A 2021 literature review co-authored by James-Todd, for example, found that Black and Hispanic women have higher urinary concentrations than white women of several types of endocrine-disrupting chemicals commonly used in personal care products. Such chemicals can cause long-term health problems such as altered sexual development, breast and prostate cancer, neurological and learning disabilities, obesity, and type 2 diabetes.

The information is presented in modules that can be read on their own, but the series can also be seen as one cohesive story, according to Frueh. “Being able to tie the understanding of structural forces and environmental racism to individual behavior, to me, is the biggest win of the project,” Frueh said.

Frueh, Adamkiewicz, and James-Todd think the series will be useful for the general public and for students from grade school through graduate school. A key audience will be the Harvard Chan community. “Our students are very interested in how racism intersects with the world of public health they’re about to enter,” said Adamkiewicz. “They’re way ahead of the curve and are passionate about these issues.”