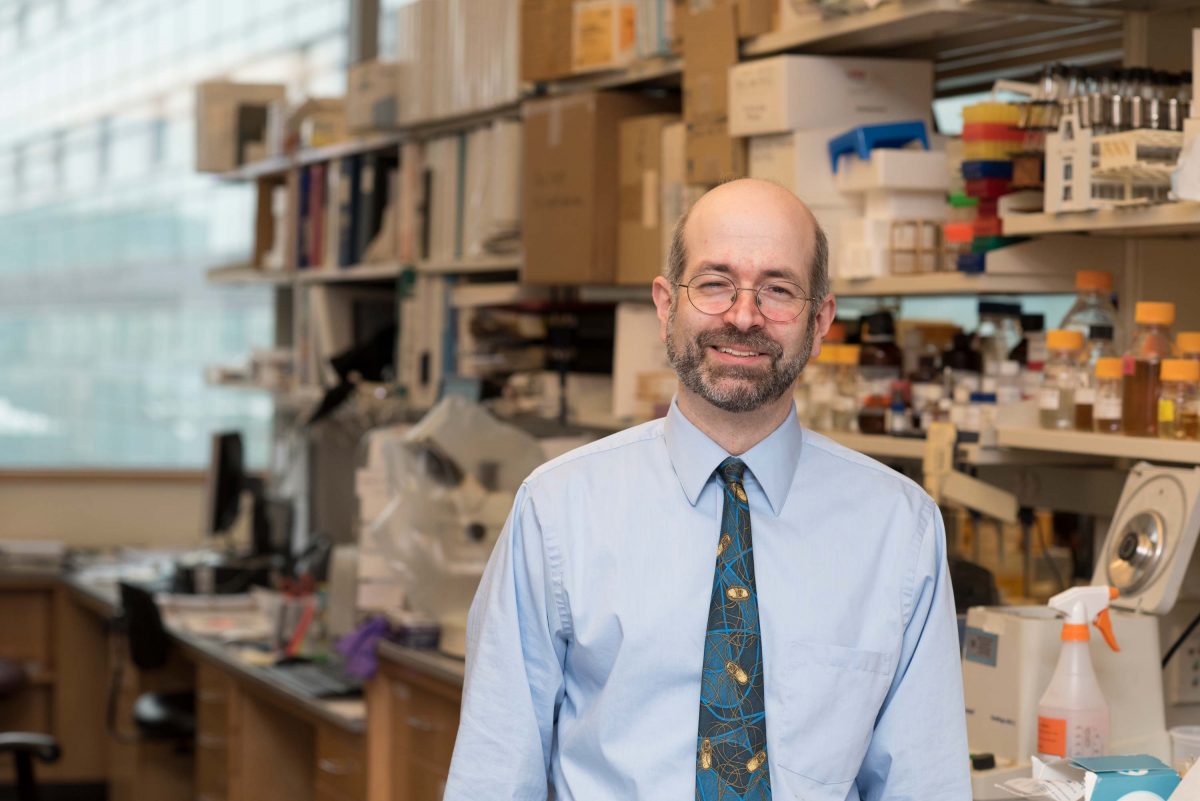 Recently, Reactor provided funding of $50,000 to eight pilot projects, allowing access to the Harvard Center for Biological Imaging (HCBI) which makes available advanced Zeiss microscopes, and/or to the Center for Nanoscale Systems, which offers electron microscopy, nanoscale fabrication, and nanoscale analysis capabilities. The projects and principal investigators listed below illustrate the exciting translational potential of all projects.

The collaboration started with a simple hallway conversation. Johnathan Whetstine, PhD, Harvard Medical School associate professor in medicine at Massachusetts General Hospital’s Center for Cancer Research, had just made a series of genomic discoveries related to why some tumors develop therapeutic drug resistance. One day he ran into Shannon Stott, PhD, a mechanical engineer who focuses on microﬂuidics at Mass General’s Center for Engineering in Medicine, and asked her: Could we use ﬂuidics to develop a way to get a real-time readout of chromosomal changes related to resistance?

Following a year and a half of conversations over coffee, says Whetstine, “The Reactor grant has allowed us to take a crazy concept in this area of science that didn’t exist before 2013 and see if we can develop such a test.”

Following a year and a half of conversations over coffee, says Whetstine, “The Reactor grant has allowed us to take a crazy concept in this area of science that didn’t exist before 2013 and see if we can develop such a test.”

One of the most pressing challenges in cancer care is drug resistance, either intrinsic or acquired, which thwarts chemotherapy, targeted therapies, and immunotherapies. The mechanisms for resistance are not fully understood, but gene ampliﬁcation plays a role.

Whetstine’s team uncovered a link to genomic regions frequently associated with gene ampliﬁcation—an enzyme able to generate transient copy gains in these areas. They subsequently found that hypoxia could also trigger transient site-speciﬁc copy gains and is another mechanism for tumors to acquire copy number heterogeneity and drug resistance.

With their Reactor pilot grant, Whetstine and Stott are combining expertise to better identify and understand the mechanisms involved in copy gains, with the hope they reveal biomarkers and new drug targets to block processes leading to drug resistance. In his related work, Whetstine says, “We’ve already shown that these processes are druggable.”

The investigators are approaching their project in two ways. Using microscopy expertise at HCBI, they are devising a microscopy-based system to capture single cells in regions with copy ampliﬁcations and will characterize factors that promote them. They will then trace the impact on genetic expression.

Concurrently, they are developing a ﬂuidics system to capture from cells these pieces of DNA with copy gains for sequencing analysis. “The goal of the ﬂuidics system would be to create a robust clinical tool, by which we could get a readout and see those extra chromosomal changes in real time,” explains Whetstine.

Ultimately, by discovering new targets and biomarkers, and developing a clinical tool that can predict and track drug resistance, they will be able to offer multiple ways of improving cancer patient outcomes.

“I’m also excited that if this works out well,” Whetstine adds, “it opens up opportunities for Shannon and I to get grants we might not have had before.”

There is an alarming emergence of multidrug-resistant pathogens, and it can take many days of special laboratory testing to ﬁnd second- or third-line antimicrobial drugs that will work against them—time an infected patient may not have to wait.

“Physicians initiate empiric antimicrobial therapy in the interim, but in the case of multidrug resistant pathogens, our predictions are often wrong,” says James Kirby, MD, medical director of Clinical Microbiology at Beth Israel Deaconess Medical Center and HMS associate professor of pathology. “The longer patients are on inappropriate therapy, the worse they do. The time between starting empiric therapy and starting directed therapy is what we in my laboratory call the antimicrobial testing gap.”

To shorten that gap, Kirby and Kenneth Smith, PhD, a post-doc in his lab, developed and validated the accuracy of using Hewlett Packard inkjet technology to rapidly test bacterial pathogens for antimicrobial resistance. Instead of ink cartridges, cassettes are loaded with up to eight different antimicrobial stock solutions and then printed out as droplets with various dilutions.

Their methods, says Kirby, “allow us to know if an antibiotic is inhibiting growth of the bacterium within a few hours of starting the assay rather than days.” They can also be used to test antimicrobial synergy—two or three agents that together may inhibit growth, an important potential therapeutic rescue strategy in the face of multidrug-resistance.

Reactor funding enables Kirby and Smith to leapfrog their technology to another level. With the spatial resolution of the advanced microscopy at HCBI, they can examine bacteria in the presence of antibiotics and see if they are multiplying or not. Since receiving the grant, they have been reﬁning and automating the process of capturing images of individual bacterium and analyzing them. His team will be using the advanced computing expertise of the Harvard Image and Data Analysis Core to develop machine-learning algorithms to automate examination of the images to detect if bacteria are growing or not, and thereby rapidly identify effective therapies.

Another advantage to the underlying inkjet technology, which uses the gold standard dilution method, Kirby points out, is that “we can also test newly approved antimicrobial therapies, which often take years to get onto commercial testing panels, and more quickly provide guidance on their use.”

With the technology they are developing, he says, “We will have the ﬂexibility and speed to address the critical clinical problem of multidrug-resistance.”

The Other Six PIs and Their Projects

Giorgio Bonmassar, PhD, HMS assistant professor in radiology at Massachusetts General Hospital and director of the Analog Brain Imaging (ABI) Laboratory for Electrophysiology and MRI at the MGH/HST Athinoula A. Martinos Center for Biomedical Imaging, is using new thin-ﬁlm technology to improve coil design for micromagnetic stimulation devices, which could become the implanted pacemakers and brain stimulators of the future. This device would serve as a contactless method to deliver neuronal stimulation, a therapeutic approach for patients with Parkinson’s, epilepsy, and major depression.

David Frank, MD, PhD, HMS associate professor of medicine at the Dana-Farber Cancer Institute, is optimizing a novel anti-tumor drug delivery system developed in his lab, known as layer-by-layer (LbL) nanoparticles—which has great speciﬁcity and can deliver more than one drug with a deﬁned temporal sequence—by packaging distinct ﬂuorophores in the LbL nanoparticles and using advanced microscopic technologies to quantitate and characterize delivery characteristics in tumor model systems.

Eric Mazur, PhD, Balkanski Professor of Physics and Applied Physics and Dean of Applied Physics at Harvard University, is using advanced imaging to investigate how their novel technique of laser-activated intracellular delivery affects living cells, and is applying this non-viral intracellular delivery technique to porate living cell membrane to deliver genome-editing biomolecules (CRISPR-Cas9), with an ultimate goal of creating treatments for genetic diseases.

Daniel Needleman, PhD, Gordon McKay Professor of Applied Physics (School of Engineering and Applied Sciences) and professor of Molecular and Cellular Biology (Faculty of Arts and Sciences), is assessing the safety and feasibility of one-photon ﬂuorescence lifetime imaging microscopy (FLIM) to identify mitochondrial dysfunction, which is associated with reduced reproductive potential and could be an effective and accurate embryo selection tool, potentially improving success rates of in-vitro fertilization dramatically.