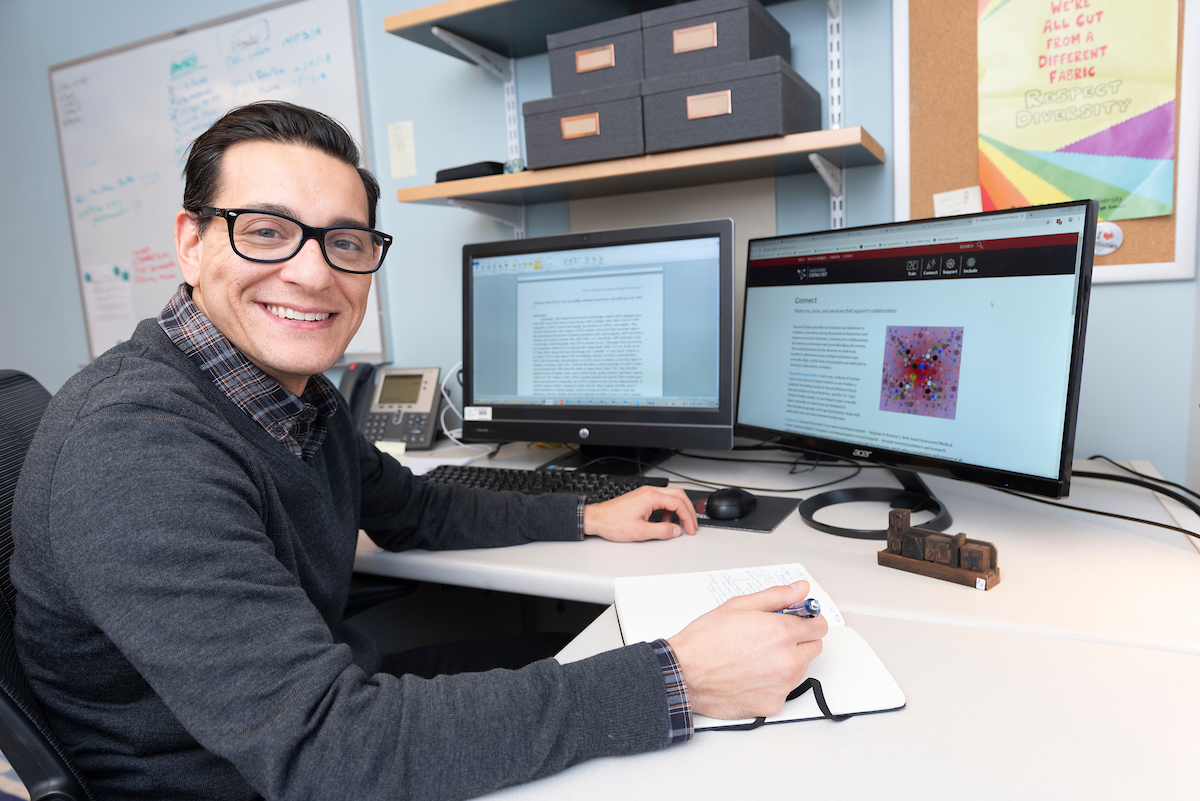 For a group of Harvard researchers, communication and intervention are the keys to a new tool designed to reduce bullying of LGBTQ students.

According to the most recent information gathered by the Youth Risk Behavior Surveillance System, lesbian, gay and bisexual students are almost twice as likely as heterosexual students to experience bullying, which places them at greater risk for suicide as well as mental and physical health problems.

A pilot project led by Sari Reisner, HMS assistant professor of medicine at Boston Children’s Hospital, led to the design of an intervention tool that can be used by schools to help improve the lives of LGBTQ students. The project is funded by Harvard Catalyst, Harvard University’s center supporting collaborative, university-wide clinical and translational investigation.

“Bullying starts very early in life, and we can see that it has a number of negative side effects for health.”

In the project’s second phase, researchers designed and developed an intake form, a guide to completing the form and a companion document to help train school health professionals on LGBTQ terminology, pronouns, and mental and physical health issues.

With the help of an advisory board that included both LGBTQ students and school health professionals, the researchers conducted a series of online focus groups, surveys and interviews. A youth and community advisory board made up of five LGBTQ students and four school health professionals, collaborated with the researchers to develop question guides for gathering the information.

“They were a great group of people—not only fun but energetic and bright,” Reisner said.

“There are data that suggest that in Massachusetts the two highest risk groups for bullying are transgender and multiracial LGBTQ groups, so we were really trying to reach those populations,” Reisner said.

In all, 47 people—28 youth and 19 school health professionals—participated in the focus groups.

The researchers used a social networking site where students and school health professionals could answer online questions on their own time—a methodology not used before on this topic by the researchers.

“The good thing about this method, especially for school professionals who have limited time, is that people can log in when it suits them, Reisner said. “You don’t have to be online at the same time. And the youth, of course, loved it because it’s very comfortable in terms of their modality of communicating.”

Reisner believes the information-gathering phase of the project was critical in designing an effective intervention tool.

“The way that we did this methodologically was very important,” he said. “The project showed us the importance of multiple perspectives, hearing from the youths themselves, understanding where there’s overlap. It was a participatory approach working with people rather than on people. It helped us see where we need to intervene.”

The project’s findings, according to Reisner, have helped them better understand where problems lie and where gaps in intervention exist. LGBTQ students reported high levels of bullying, ranging from microaggression to physical attacks to cyberbullying.

The students also reported mistrust of school health professionals, expressing uncertainty about the role that the adults play in supporting their concerns and whether it was safe to approach them.

Among school health professionals, the findings revealed a strong desire by the adults to improve their support of LGBTQ students. They wanted to know the appropriate pronouns to use, to better understand and be respectful of different and changing identities, and to know how to communicate with parents, particularly those parents who are not supportive.

In the final stages of the project, the researchers conducted 12 phone interviews seeking feedback on the new tool. They are currently in the process of refining the tool, which will be made available for roll out in a number of Massachusetts schools.

Reisner believes the project has taken an important step in acknowledging and addressing the challenges faced by LGBTQ youth.

“Gender identity and sexual orientation are very diverse and fluid for many youth,” Reisner said. “By celebrating that diversity we’re allowing a space of inclusion.”

The school bullying project is one of four pilot projects funded by Harvard Catalyst to improve the health outcomes of LGBTQ individuals.

S. Bryn Austin and Mihail Samnaliev of HMS and Boston Children’s Hospital are studying the health and economic impacts of state laws on sexual minorities of color; Ana Progovac and Benjamin Cook of HMS and Cambridge Health Alliance are looking at applying analytics to reducing gender minority disparities; and Li Zhou of HMS and Brigham and Women’s Hospital is studying health-data gathering involving sexual orientation and gender identity.