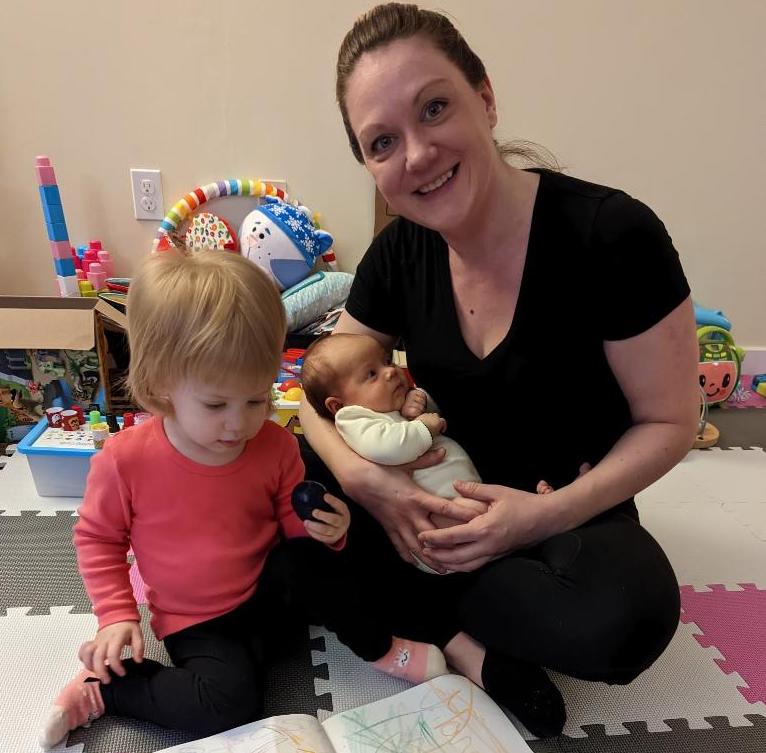 Lana Vasung, MD, PhD’s work exemplifies how basic-science findings, in this case proprioceptive feedback in the developing brain, can lead to meaningful clinical applications – with the right support.

Vasung, assistant professor of pediatrics at Boston Children’s Hospital (BCH), will use pilot funding from our Five Senses: Input & Response opportunity to bridge a critical gap in the translation of her research to practice. She already has preliminary results suggesting that certain structural changes in the developing brain may increase the risk for neurodevelopmental problems later on, and is ready to launch a prospective clinical study. To narrow her focus, Vasung will review fetal brain images from a large database at BCH’s Maternal Fetal Center and compare them to the children’s clinical trajectories. Her ultimate goal is to guide clinical interventions for certain types of structural birth defects and more broadly, inform better prenatal care for all infants.

We caught up with Vasung just a week after she gave birth to her second child.

Congratulations. Now that you have two children under two years old, I’m wondering what it’s like for you to juggle motherhood with a science career.

I always say if you can survive pregnancy and delivery, you can do absolutely everything [laughing]. As a woman in science while also being a mom–and a wife, sister, daughter, and everything else that women do–one of the hardest things is not having enough free time for work. You’re more time-limited. If you’re in competition for grants or chasing projects, you have allocated time to give, so you have to be more efficient to stay competitive.

“We’re examining  the brain-body connection in fetuses specifically to understand whether problems with the fetal body during pregnancy can affect how the fetal brain develops.”

Other than that, having two kids motivates me. I want to be better. I want to do more. I think when you’re a mom you realize the depth of the research you’re working on in a different way, especially how important neural brain development is for every stage.

How did you get interested in the brain-body link in fetal brain development?

I always wanted to understand the brain better. Early on, one of my mentors told me that to really understand the brain–especially cognition and higher functions in humans–you need to start with fetal development. All the answers are there. If you know how something is built, it’s much easier to understand how things can go south or what to expect later on. I kept that philosophy very close to my heart and followed it throughout my PhD training and into my postdoctoral clinical research with premature babies.

But I was also inspired by my pregnancy, which led me to ask: What does it mean if my baby has hiccups? Or if my baby is kicking a lot? Or bigger questions such as: When does the fetal brain become conscious? How does that relate to when the fetus starts moving? Is that directed by the head or the body? These questions don’t have straightforward answers. When I started to dig deeper, I realized there was just a handful of people who  would have the courage or ability to tackle these questions.

How does neural development relate to the five senses?

We’re examining  the brain-body connection in fetuses specifically to understand whether problems with the fetal body during pregnancy can affect how the fetal brain develops. This brain-body connection is a part of the sensory system called proprioception, which is very important to study to understand postnatal development. One of the earliest systems that develops in fetuses is the peripheral nervous system, which carries signals about your body position to the thalamus, which can be described as a relay station in the brain. Sometime around 24 gestational weeks, the thalamus starts passing along these signals from the body toward the cerebral cortex, the seat of higher cognition.

Lesion studies in animals show that proper early development of the periphery, where sensory stimuli originate, is very important for proper maturation of the brain. If you have altered sensory perception of your body because of some abnormality that interferes with receiving sensory information, that may lead to a cascade of consequences. Some of those might only show up years later.

What’s the ultimate aim of your project and how might it change clinical practice?

Broadly, very little information ties fetal body development and patterns of movement with neural development over the short- or long-term, and that is a particular interest of my research. Specifically, our clinical goal is to identify which structures, if changed, might be predictive of a problem in later development. Not all altered structures will lead to worse neurodevelopmental outcome, but some of them might. We already have preliminary data that drives us in the direction of a prospective study. It’s kind of a high-risk, high-reward pilot project, and the results will be critical to funding that larger prospective study.

“The results from our study could touch a broader population in the future by contributing to better prenatal care. It might inform different aspects of prenatal care, such as recommendations on exercise for pregnant women or diets that might support optimal fetal development.”

We have purposely focused on conditions that are not necessarily life-threatening, ones that can be treated quickly and usually successfully after birth. For example, one condition causes contracture of different joints, which limits the range of motion the fetus has in that joint in utero. That’s probably going to affect the development of brain regions underlying fine motor skills, but if it’s isolated, it’s not such a serious condition.

Currently, if we see these kinds of conditions on ultrasound, the best we can do is tell parents there is a chance that there might be a developmental problem later on. But we’re not sure why, how, and if we can predict that a developmental problem will arise. If we can identify biomarkers–a couple of structures that, if changed, could signal a potential problem–that information could be used to guide clinical decisions. We might recommend parents start earlier with physical therapy or consider prenatal surgery, or whatever the intervention is.

Does this work hold a broader public health message around prenatal care?

A direct clinical implication of this work ties into another study our lab is conducting, looking at congenital brain abnormalities known as Chiari II malformations, which are sometimes accompanied by club foot. A key question concerns whether prenatal or postnatal surgical intervention might be most advantageous. The pilot work will help inform those choices, especially if it proceeds to a prospective study.

While the conditions we’re studying are quite rare, the results from our study could touch a broader population in the future by contributing to better prenatal care. It might inform different aspects of prenatal care, such as recommendations on exercise for pregnant women or diets that might support optimal fetal development. How can we optimize the physiological environment of the fetus?

This is where I see public health implications in the future, via this translational approach that studies proprioception and movement of the fetus and uses that information to guide the prenatal care of the mom and baby.