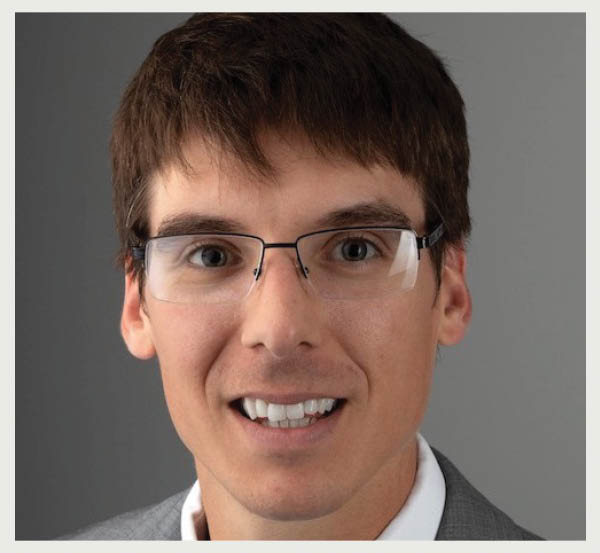 Dizziness is one of those patient complaints that an emergency doctor dreads. It’s a diffuse, often poorly articulated symptom of questionable origin, and the clinician is tasked with a full-on investigation to rule out the worst-case possibilities, among many. Heart-related dizziness is relatively simple to detect through diagnostic tests, but abnormalities of the ear and brain that might cause dizziness are more complicated. These might require an extensive workup, brain imaging, even hospital admission, each of which comes not only with associated financial costs, but also patient anxiety and discomfort.

James Naples, MD, an assistant professor of otolaryngology/ head and neck surgery at Beth Israel Deaconess Medical Center (BIDMC), wants to make ear-related dizziness simpler to detect. With pilot funding from our Five Senses: Input and Response program, Naples is evaluating whether or not a blood test will detect–just as easily as a glucose test detects blood-sugar problems–when this troubling and common symptom originates in the ear. If successful, his work will help guide the diagnosis of dizziness and avoid costly diagnostics and their associated stresses. We caught up with Naples shortly after the funding was announced.

Why is dizziness such a complex condition to diagnose?

Dizziness is complex because there are a number of different systems that can be affected. To maintain our sense of balance, we require our eyes, ears, feet, and brain, among other systems in the body. Other symptoms that seem like dizziness or be described as dizziness can also come from these organs, such as low blood pressure or low blood sugar. So when someone has dizziness, figuring out which system is contributing is really difficult because of the sheer number of factors. That’s one aspect.

The second aspect is people’s ability to articulate their experience of dizziness, which adds another layer of complexity. Patients and clinicians alike use various terms to describe the sensation that they experience. So you have a complex problem from the medical standpoint compounded by the fact that people’s ability to articulate their problem doesn’t usually clue you in to where the problem lies.

In your preliminary work, you have identified two potential biological markers that may help clue us in. How will these help solve the problem of diagnosing dizziness?

The biomarkers are, theoretically, specific to the inner ear, so if they show up in a blood test, we could potentially locate where the symptom of dizziness is originating from.

This research doesn’t apply to people who have cardiovascular issues or other types of dizziness; it is strictly related to dizziness from either the ear or brain, two common sources. Those are really the two most difficult to differentiate in the acute setting because there is no easily available lab value or test, such as a glucose test for low blood sugar, for differentiating an inner-ear problem. A stroke can’t be evaluated very easily either and may require brain imaging, or other procedures. That’s why this work is targeted at those conditions specifically.

How might this work lead to healthcare practice changes that can improve human health?

I always talk with a bit of caution, because although the pie-in-the-sky idea that we’re going to cure dizziness or solve this problem is really exciting, I recognize that’s not really the big-picture goal in a lot of ways.

Right now, if somebody comes in with dizziness, part of the decision-making tree is: Do I order an MRI? Do I admit the patient with concern for a stroke? Do I utilize all the resources try to prevent a stroke? What if instead we had a blood test that suggests it’s their ear and not a stroke? We could potentially save all those resources by not going down that entire road, including the unquantifiable toll of patient anxiety.

So looking at the big picture, my goal is not to cure or even diagnose dizziness. My goal is to make it easier to recognize when people who are coming into the emergency department for dizziness don’t need a big workup, when they don’t need a hospital stay, and when they don’t need to be worried about a stroke. It’s determining that they don’t need to spend time, money, and resources getting an MRI or being in the hospital. It’s to help people feel more comfortable in making a particular ear-related diagnosis that’s quick, easy, and affordable.

You have been a practicing physician-scientist for three years, since completing your fellowship in 2019. What is the value of pilot funding like Five Senses to early-career investigators such as yourself?

“As a young investigator, this funding is the foundation for my research career.”

Without this funding to get started, I would not be doing this, even though it’s something that I’m really interested in and want to do. As a young investigator, this funding is the foundation for my research career. I can’t overstate how important it is for me to be able to pursue my academic and career interests and hopefully help patients. I’m grateful for the opportunity and thankful that the reviewers saw some opportunity for potential benefit here.

The first grant is always the hardest. Without a certain track record of research to prove that you are capable, funders are less likely to give you money to do more research. Pilot funding is to me the most valuable and important. This is the one that I’m going to be able to use going forward to say: “Hey look, I got this grant, and here’s what I produced with this sort of money.” When you apply for another grant, you can leverage that. Without this pilot grant, none of that would be possible.

What do you do outside of science?

The thing I like people to know about me is that I’m always trying to learn new things and I love seeing how the world connects in different ways. As a scientist in particular–and I think this might be true of many of my colleagues as well–we don’t have a lot of time to explore education, history, art, all of those, you know, “non-scientific” things. So now that’s what I spend a lot of my time doing, trying to understand how those things like art and history connect with what I do every day. I’ve tried to learn art. I try to write a little bit every year about medical history, because one, it’s interesting but I also recognize the value in it.

These “non-scientific” pursuits are not work for me, so they don’t seem like tasks. They’re not things I have to do; they’re things I want to do. That shift in perspective, from want to instead of have to, has really helped me maintain my sense of wellness.