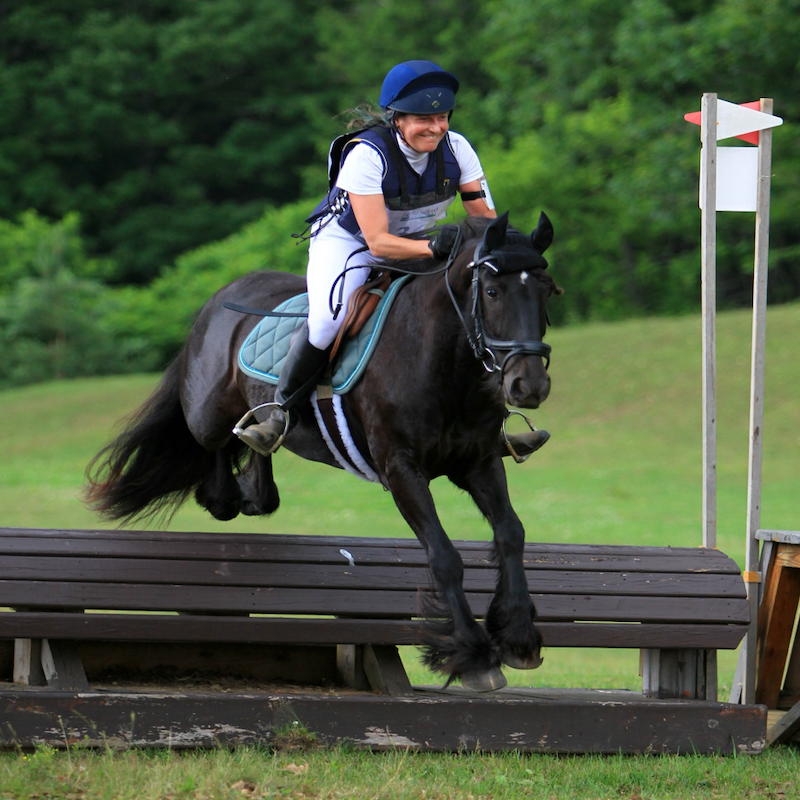 Are everyday chemicals in the environment making us more vulnerable to disease, including severe COVID-19? If so, how? These overarching questions guide the work of Katherine von Stackelberg, ScD, who received pilot funding through our recent opportunity, Everyday Exposures: Toxins and Health 2021. The focus of her project is to drill down on how a ubiquitous class of chemicals, per- and polyfluoroalkyl substances (PFAS), impairs immunity. In the face of a global pandemic and vaccination effort, the implications are vast. Recent research has revealed troubling associations between PFAS exposure and immune response, including at least one study linking PFAS to more severe COVID-19. No one understands why.

von Stackelberg, a research scientist in environmental health at Harvard T.H. Chan School of Public Health, is a risk assessor by training. Her job is to quantify the probability that you or I will develop cancer or some other health problem as a result of exposure to chemicals or other toxins in the environment. From her perspective, the current focus on “acceptable limits” for individual chemicals fails to account for the cumulative risk of being exposed to literally thousands of these chemicals as we go about our day. It’s death by a thousand cuts, von Stackelberg says. She thinks there’s a better way, and her pilot funding award is helping her explore the possibilities.

We caught up with her at her permaculture orchard in northeastern Vermont as she was submitting her first paper from the project.

Of all the environmental pollutants out there, why focus on PFAS?

Because PFAS are ubiquitous. They’re in nonstick cookware. They’re on the receipt that you get from the store. They’re in fire-fighting foams. They’re used as flame retardants in clothing. They are that waxy substance on takeout packages, even the so-called compostable ones. They are everywhere. They were designed, as most chemicals are, to fill a particular need, and it turns out that filling that need is one of the reasons for concern. The fluorine bond designed into the molecular structure is so strong that it doesn’t really degrade in the environment.

Roughly 5,000 individual variations of PFAS are in the environment today that we know of. Each has a slightly different chemical structure. New ones are being produced all the time, partly to replace two that have been phased out of active use due to health concerns, PFOA and PFOS. But some of those are actually precursors to PFOA and PFOS, so you end up with the same problem.

Drinking water is a big source of PFAS contamination. High levels are commonly found in water sources near or downstream of places where fire-fighting foam is manufactured or used extensively, such as military bases. Data from NHANES, the CDC’s National Health and Nutrition Examination Survey, show that virtually all Americans have some detectable level of PFAS in their blood, which is the best way to measure them. They’re just all over the place.

Your project  pushes the envelope toward a whole new way of assessing the toxicity of these substances. What’s wrong with our current system?

The way safe levels are determined for regulatory purposes is, unfortunately, through animal testing. The effects of exposure are tracked over time, sometimes years. Everybody recognizes we don’t want to kill all these animals — both the U.S. EPA and Europe have signed on to reduce or eliminate animal testing. It’s also not efficient. Of 80,000 known chemicals, half of which are used actively in commerce and consumer products, we have good toxicity data for about 400. We really need a way to bridge that gap.

“At the end of the day, regulators want to know the safe level in drinking water. We don’t have that for most of these substances.”

We now have the capacity to test cells directly in culture (in vitro). We can look at human cell cultures as opposed to those in rodents and examine a whole range of changes at the molecular level. There are about 800 assays that can be run now, and in fact have been run for many PFAS, so we already have a lot of in vitro data. It’s a step in the right direction, but we don’t really know how to use that data effectively for regulatory decision-making. At the end of the day, regulators want to know the safe level in drinking water. We don’t have that for most of these substances.

Samantha Tracy, a grad student in environmental health at the Chan School, and I decided to see if we could make sense of this by looking at EPA’s ToxCast, a vast public catalog of toxicity data. We reasoned that it should be possible to map these data to key events in the pathways that lead to adverse outcomes. If we can develop a more streamlined process for evaluating these data, that would be relevant not only to PFAS but for many thousands of other chemicals as well. This kind of a data-mining has not been done for PFAS or for immunotoxicity. The pilot funding allows us to explore these questions.

Your goal is to map out the pathway of pathology from chemical exposure to immune disruption. What’s the benefit to understanding the mechanism?

In the past, how chemical exposure leads to health outcomes has been a bit of a black box. We’ve seen a growing call from regulators and others to understand the process by which these substances are exerting their adverse influences. It’s partially to help counter the criticism from those who question whether what is seen in rodents is relevant to humans exposed environmentally. Delineating the biological pathway can help give confidence, I think, that what we’re seeing is a real effect. The in vitro data lend themselves to that because you’re really down in the weeds looking at individual cellular processes and trying to build back up to the system level.

We’re interested in the immunotoxicity of these substances. Some epidemiologic studies show reduced immune system response with exposure to PFAS, including reduced antibody response after receiving the MMR vaccine, and more severe COVID-19. We don’t fully understand how that happens. We have to put that story together. This has enormous implications at a time when we’re trying to vaccinate people globally.

As a first step, we screened the ToxCast data to identify in vitro assays conducted using PFAS that are associated with immunotoxic mechanisms at the cellular level. Then we back-calculated the equivalent concentrations in humans and compared those to the National Health & Nutrition Examination Survey (NHANES) data which measures PFAS blood concentrations in people. What does that look like? Are they close or far apart? That’s our first paper that we are submitting soon. We do see overlaps, but we don’t yet know if they are clinically relevant. That’s the research we’re hoping to inform by mapping the in vitro toxicity data to key events in the pathway from exposure to outcome.

Our aim is to outline a putative adverse outcome pathway (AOP) for the immunotoxic effect of PFAS. This is a framework that has gained momentum in the last few years as a way to understand what happens at the cellular, organ, and individual level for a chemical to exert its adverse effects. If we can understand how specific exposures are exerting their impacts, then we can start to develop the picture of how it all fits together.

We know the danger of these chemicals, we know they’re already everywhere and don’t degrade, yet they continue to be produced. How did we get into this mess, and how do we get out?

That’s a larger question, but I think it goes back to efforts such as Better Living Through Chemistry [the mid-century ad campaign promoting household chemicals]. They make our lives easier. If you got that takeout and the box was all soggy, you would be annoyed, right? That’s how we got in this position. We have never really thought about waste, and we still don’t. Look at the waste problem we have. With chemicals, we have a new kind of waste, which is pollution.

We should not be specifically designing chemicals that are incredibly persistent in our environment. We should be designing chemicals with an eye toward what the ultimate waste is going to look like – Green Chemistry. That’s something we’ve never really done as a human race. But now we have to do it because the planet is telling us we have to do it.

Knowing what you do, where do you find hope or inspiration?

We have only to look at natural systems to see some ideas of solutions. Nature has been engineering things for a very long time and doing so very successfully. Natural systems operate according to certain principles, one of which is regeneration. Humans might do well to not second-guess that process and think we’re better than nature. For example, nature doesn’t plant monocultures, which become easy targets for pests. Nature always emphasizes biodiversity.

On a personal level, this is why my husband and I wanted to start a permaculture orchard. It was his dream to work with the soil, so we found this place in the Northeast Kingdom of Vermont. As we speak, I’m looking at 1,400 apple trees but all kinds of other stuff as well, because biodiversity is key. Living his dream allowed me to live my own dream, which is to have horses. I was that girl who was always begging my parents for a horse and never got one. So now I have two – one which I ride in dressage and jumping competitions, and a mini horse who’s a companion, more like a big dog than a horse.