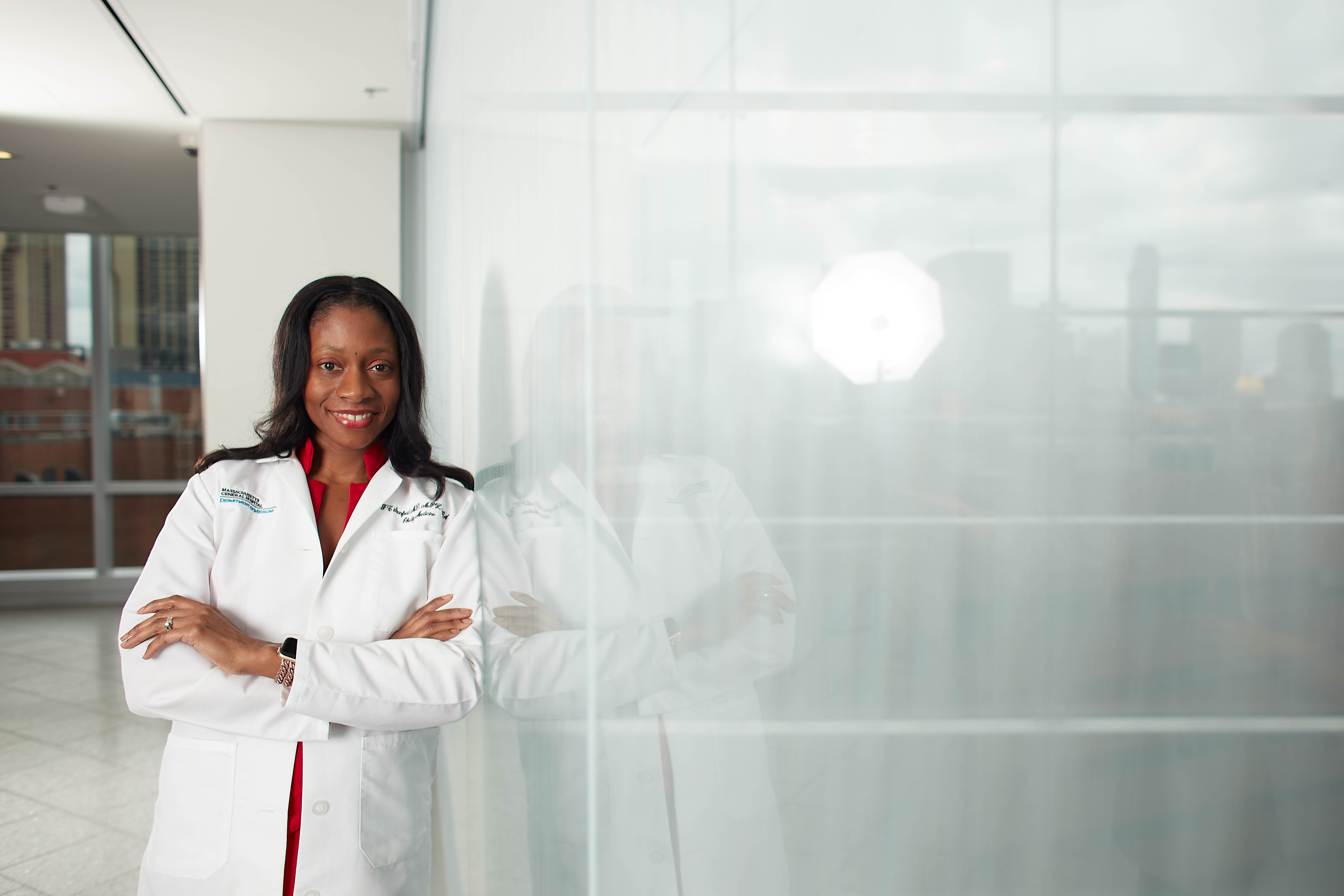 Why did you decide to apply for this pilot award?

It was really a natural thought process for me to consider this award. I have been a strong advocate for over a decade on issues surrounding weight discrimination and weight bias. I was thrilled with the opportunity to be able to apply because it fell within my wheelhouse and allowed me the opportunity to expand upon my interest with real policy work on the ground in Massachusetts.

How much do you think enacting a state policy on weight stigma, weight bias, and discrimination would make a difference?

I think it would make an extremely important difference. When we begin to raise awareness at the Massachusetts State House and have legislators that are interested in this legislation, we begin a conversation. If we don’t begin to pass legislation and have that conversation, the issue remains dormant and we make no progress.

“I think for us to make a judgment about someone’s physical appearance as opposed to their ability to carry out the work speaks volumes to the type of discrimination, stigma, and bias that we have internally, and it reflects what we do externally.”

I have a patient who went to a local retailer to apply for a job that was in customer service. She was told within one minute that she was not qualified for the position. She ended up losing about 140 pounds and went back to the same retailer, with the same hiring manager for the same position with no additional degrees or training and was hired on the spot. I think for us to make a judgment about someone’s physical appearance as opposed to their ability to carry out the work speaks volumes to the type of discrimination, stigma, and bias that we have internally, and it reflects what we do externally.

You see a diverse patient caseload in your obesity clinic. What do you think are the causes of obesity?

We know it’s a multifactorial disease where genetics, environment, development, and behavior all play a role in a person’s likelihood of developing obesity. We’ve seen changes in food quality, we have more processed food, and changes in physical activity. It’s these factors that you hear about that continue to perpetuate bias and weight stigma in individuals with obesity.

How did you get into the field of obesity medicine?

I would say my interest in obesity and this work began when I was doing my master’s in public health at Emory University about 20 years ago. I engaged in work to evaluate obesity primarily in the African American community.

Initially, I desired to go into orthopedics, but when I would work in orthopedics I felt like we were often putting a Band-Aid on the situation. We would, for example, give a total knee replacement for severe osteoarthritis in a woman who had severe obesity. We would treat the knee, but not the underlying issue that caused the knee to have the severe osteoarthritis, which was the obesity itself.

“It really shaped who I am as a person today, who I am as a professional, to be able to have this knowledge that reflects the struggles of so many people here in the U.S. and around the world.”

I ended up switching and went into doing residencies in internal medicine and pediatrics. One day, I was in the pediatric ICU and I Googled “obesity” and “medicine” and the Harvard/ Massachusetts General Hospital Obesity Medicine Fellowship popped up. I began a deep dive to figure out what the fellowship and “obesity medicine” was about, because I knew that I was interested in obesity, and I ended up realizing that there was a way that obesity could be treated. I applied for and completed the obesity medicine fellowship and I’m still one of less than 50 fellowship trained physicians in obesity medicine in the U.S. It really shaped who I am as a person today, who I am as a professional, to be able to have this knowledge that reflects the struggles of so many people here in the U.S. and around the world. It really is my soulmate career and I’m thankful for the opportunity to be able to do it each day.

What do you like to do for enjoyment? What grounds you?

Fitness has always been a love of mine. The other thing I have to speak of is my faith, which has also helped keep me grounded, focused, and encouraged. It has helped shape how I engage and communicate with the world. These two sides of my life are the things that are in the background of the work I do. My work is built on the tenets of my strong faith and my ability to recognize that in order for me to be the best for patients, I have to be the best for myself.