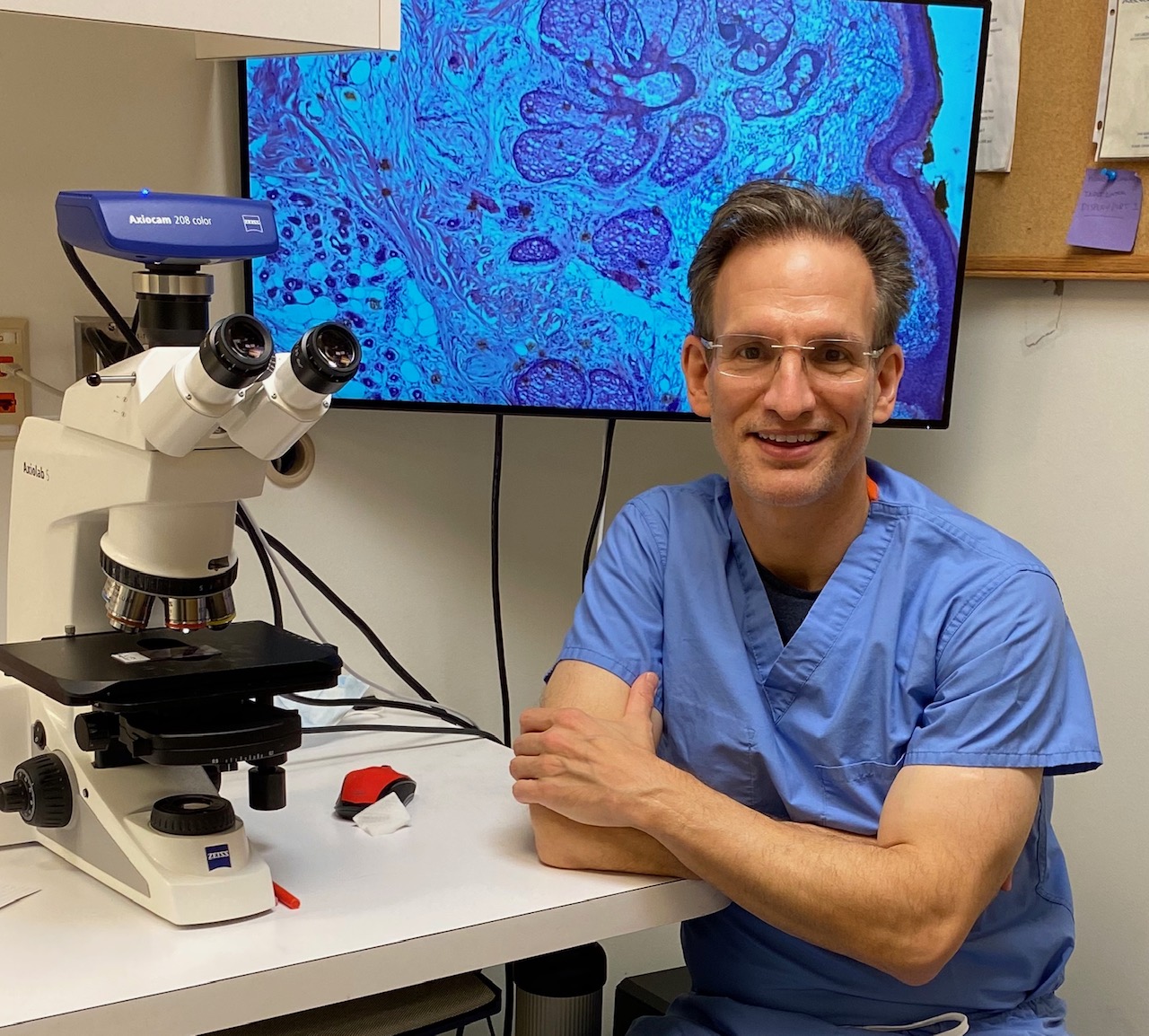 Victor Neel, MD, PhD, is an assistant professor in dermatology at Massachusetts General Hospital. His project “Characterization of the skin microbiome during acute wound healing following surgery” was funded by our Translational Innovator program’s “Microbiome in Human Health and Disease” funding opportunity.

How has the pilot award helped you in your research?

It’s very hard for clinical investigators to start new projects in the lab, especially if they don’t have buy-in from other faculty members or other collaborators who have funds. This particular Harvard Catalyst funding opportunity just happened to correspond exactly with work that I have been thinking about for quite a while and I wouldn’t have had resources to do the investigation of the microbiome in the way that I’m doing it now, if it weren’t for this pilot grant.

Your project is very interesting, could you describe it?

So, we’re asking a couple of questions. The major focus of the project is to determine what kind of commensal or background bacteria are normally present in wounds as they heal. It’s really an unknown question. We know a lot about pathogens, which bad bacteria can cause infection in wounds that are healing, but we don’t know much about other bacteria that are present, we don’t know if they’re required, or if they’re beneficial in any way to prevent pathological infection.

We’re really just doing a survey and we’re looking at a lot of different types of wound healing on the body after surgery. We’ll be looking at acute surgical wounds that are open. We’ll be assaying to look for both the type of bacteria that are present, and also the relative quantity of them. We’re building a map of the microbiome on the human body as it heals, or as it recovers from an open wound. So, at the very least, we’ll have an atlas of bacteria that are present during normal healing wounds.

“We’re building a map of the microbiome on the human body as it heals, or as it recovers from an open wound.”

Also, we’ll probably encounter some infection, which means we’ll be able to look at the interplay between pathogenic and non-pathogenic bacteria during wound healing. The ultimate goal is to determine if there are beneficial bacteria, which, when present, may prevent the predominance of pathogens like Staph. aureus or E. coli. Clinically we’re interested in that because it’s quite feasible that in the future we could intervene and introduce a probiotic into the wound to prevent infection, which would be the dream of this project. There’s so little done in the field that even generating just the information describing the type and quantity of commensal bacteria present would be very valuable for future research, which I also intend to pursue.

In your practice what do you see in terms of wound healing? For example, which ones heal well and which ones don’t?

If you would ask that question to the majority of skin surgeons like myself, we would say that if you have open wounds, that is wounds that haven’t been stitched, these heal very well open on all parts of the body. Skin cancer is present on potentially any part of the body, mostly on the face, but many skin cancers affect the trunk and the legs. We’ve noticed for many years, in general, that certain areas of the body get infected more often than others.

The lower legs, for instance, are notoriously a place where wounds get infected. About 5% of wounds that I treat on the lower legs get infected and that’s even if I give them preoperative antibiotics, and if they’re taking scrupulous hygienic care of the legs.

However, if you ask most physicians why wounds get infected, they’ll usually say, open wounds are more likely to get infected than surgically closed wounds, and that it’s a function of the hygiene of the patient. Meaning that if the wound is open, it’s much more likely to get infected, especially if the patient is older, or they have trouble taking care of the wound. For example, if it’s on the lower leg where they can’t reach it to clean it. That’s been the dogma and it turns out that that’s completely wrong.

First of all, wounds that heal open are no more likely to get infected than wounds that are closed. Whether you’re talking about the face or the leg, if you look at the rate of infection for a closed versus an open wound, it’s about the same.  Additionally, we’ve learned that even the size of the wound when comparing a large open wound to a small open wound, you would think that the larger wound because it takes longer to heal and it’s open longer, would be at a higher risk of infection, and that’s also not true.

The body has developed really exquisite responses for wound healing. When we leave wounds open, we’re relying mostly on the body’s natural mechanisms to close a wound, which it’s extremely good at. Some of our patients can’t undergo complicated or large procedures for various reasons; they might be too weak, or maybe they just don’t want to. Extra surgery is more painful and there are additional risks of bleeding. Many of my patients are happy taking care of a small wound with some Vaseline and a Band-Aid, and don’t want to have to come back for suture removal. If you ever had a surgical wound closed, that wound is under tension which is a very abnormal phenomenon in terms of wound healing, so we’re not used to that at all in terms of developing an evolutionary response to wound healing.

“Wounds that heal open are no more likely to get infected than wounds that are closed.”

If I close a big wound on someone’s arm it gets swollen and painful and they can’t use that arm for a couple of weeks until the sutures come out. If I take out a big skin cancer on their arm and I just send them home with a few Band-Aids, they can climb a mountain the next day. There’s really no limitation on activity. Some of my active patients, even younger patients in their 30s and 40s, at the risk of maybe having more scarring, don’t want sutures they want to go right back to the gym or they want to start running right away.

I know you do 12-15 surgeries a day and that you enjoy running. Does the running help you when you’re doing surgery?

Running is really important to me and the thing I like about running is there’s an efficiency to it. You learn to use your body efficiently so that every movement you make in running is methodical. It’s a very meditative, metronomic process and I think that’s why I love running. Surgery’s exactly the same way, it’s all about efficiency and even though every case is a little different I find the flow is critical. I have a really good team and they know what I’m thinking, they know what I need, so it’s a very meditative process for me. I can be on my feet for eight hours and it doesn’t feel like I’m standing for eight hours. There’s a chronicity or a metronomic kind of element to surgery that is similar to running.