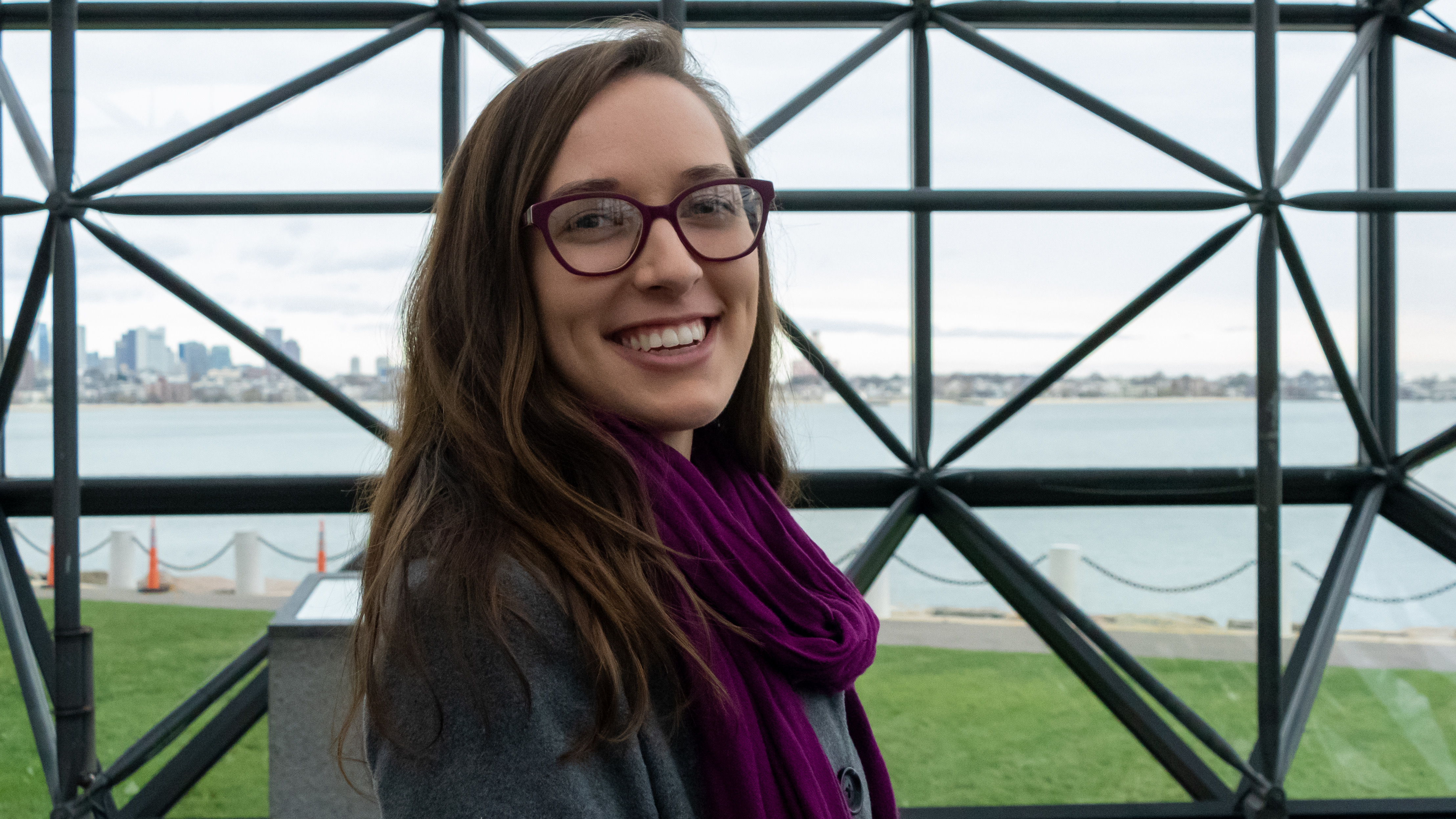 If you knew all the environmental toxins that you are exposed to every day as you go about your business and play, would you do anything differently?

When Anna Young, PhD, first became aware of the plethora of mostly untested chemicals that go into everyday consumer products, she was so stunned that she not only started paying attention to her daily habits, she shifted her career focus to study the problem. Now, as a postdoctoral research fellow in the Healthy Buildings program at Harvard T. H. Chan School of Public Health, she’s on a mission to reveal how exposure to indoor pollutants disrupts our hormones and sets us up for health complications.

Young is part of a team led by Joe Allen, DSc, that received pilot funding in our Everyday Exposures: Toxins & Health 2021 opportunity. Their project analyzes wristbands worn by office workers to understand how indoor environmental chemicals imitate and interfere with human endocrines such as estrogen, testosterone, and thyroid hormone. The wristbands absorb chemicals from air, dust, and products that people interact with, capturing inhaled and dermal exposures.

We caught up with her as she was preparing a manuscript based on the findings.

Describe the goal of your pilot project, and how you’re going about it?

One of the major challenges in environmental health right now is that we’re being exposed to really complex mixtures of hundreds to thousands of chemicals, many of which disrupt our hormones. When we try to regulate these chemicals one at a time or even research these chemicals one at a time, it’s biologically incompatible with the way we are exposed to them in the real world. It’s really important that we start looking at chemical exposures as a complex mixture, just like they are in the environment.

“One of the major challenges in environmental health right now is that we’re being exposed to really complex mixtures of hundreds to thousands of chemicals.”

The key motivation for our project is to investigate our exposures in office buildings to thousands of known and unknown chemicals. We measured about 100 known chemicals in our exposure samples, and analyzed more than 1,500 unknown substances that we can now try to identify. In the lab, we’re looking at how these mixtures of chemicals collected in the exposure samples are disrupting hormones in human cells.

We’ve used silicone wristbands that look just like those LIVESTRONG bracelets to capture exposures. We had participants wear them only during work hours for four days at their office building. We’re interested in capturing indoor exposures from building materials found specifically in the workplace. That’s  one advantage of using wristbands to track external exposure, rather than taking  blood and urine samples.

In a ThinkResearch podcast, you refer to the current system as “chemical whack-a-mole.” How do we move behind beyond that?

That’s what we’re trying to do. When you only remove one chemical at a time, it can often be replaced with similarly harmful chemicals. It then becomes this endless goose chase trying to figure out what chemicals are being used next. Sometimes we don’t even have the laboratory methods to quantify those chemicals accurately. It becomes really challenging. One strategy is to look at chemical groups, compounds that share certain properties that we know are of concern. By addressing whole chemical groups, we can prevent chemicals from being substituted one for another over and over.

An unfortunate finding from our previously published wristband research is that office workers are being exposed to chemicals that were banned decades ago. There are very few success stories where chemicals were banned, but even the ones that were banned are still sticking around – in old buildings, for example. We found that office workers were widely exposed to substitute chemicals used as replacements for those older legacy chemicals that had been banned. But those replacements sometimes have health concerns, too. This finding underscores the urgency to examine chemical mixtures.

Why are you targeting these chemicals?

We’re specifically interested in hormone-disrupting chemicals – some people call them endocrine disrupters. They can have serious consequences on fertility, pregnancy outcomes, and fetal development. They’re linked to thyroid problems, obesity, diabetes, and other endocrine disorders  – a whole host of issues.

“These are really problematic chemicals. They’re ubiquitous in our environment, and they’re invisible, so they’re chronically exposing us without us even knowing it.”

These are really problematic chemicals. They’re ubiquitous in our environment, and they’re invisible, so they’re chronically exposing us without us even knowing it. It can take years for a health condition to develop and be diagnosed, so even though we have decades of research linking population exposures to hormone-disrupting chemicals with adverse health outcomes, on an individual level it’s hard to pinpoint exactly which chemicals or products are behind that person’s condition. I think that’s why exposure to environmental chemicals is sometimes ignored, even though it’s such a big issue today.

How does a consumer even begin to parse all of that to protect themselves?

It’s really challenging. First and foremost, the burden can’t be on the consumer. We have to figure out a way, because chemical ingredients in many building materials don’t even have to be disclosed. What’s in your couch or your carpet doesn’t have to be disclosed. If you don’t even have transparency on ingredients, how do you know what you’re buying? There are healthier materials that don’t have toxic chemicals like flame retardants, or certain stain repellents. We need to move towards those healthier materials as the default, not force consumers to have to look for them.

Even as a scientist myself, it’s impossible to read chemical ingredients and know exactly what their safety is. A few years ago, Joe Allen and I published a study looking at nail polish that’s labeled “non-toxic” and what that means. These labels can be misleading. They aren’t really regulated.

That said, there are some things people can do. If I buy new foam furniture, I look for the tag underneath for a label that will note whether it contains chemical flame retardants. I avoid those. They aren’t necessary for the function of the product. I also try to find brands that aren’t using poly- and perfluoroalkyl substances (PFAS), these forever chemicals used in stain and oil repellents. I recommend avoiding plastic and choosing glass whenever possible, avoiding nonstick pans, avoid wearing perfumes or fragranced personal care products, and other practices. It can be really hard to navigate these choices.

How do you envision these findings being applied?

The promise of this work and our project is that it brings us one step closer to health. First we learned about the participants’ exposures to complex chemical mixtures; now we’re trying to understand the potential health implications of those exposures.

I think it’s really going to elevate the fact that dust and air that builds up in our buildings, where we spend the majority of our time, can imitate sex hormones and disrupt human hormones and cells. That’s really shocking to think about. I hope it motivates regulation and research and manufacturing innovation to address these chemicals, not just one at a time, but as whole mixtures and entire groups.

We can start with the solutions we know are available right now which can be implemented, such as flame retardants. That’s a classic example of chemical whack-a-mole, where over the decades we’ve had toxic ones phased out only to have other toxic ones used instead. But now there are healthy-material solutions. We can buy furniture without these chemical flame retardants.

More generally, I think COVID-19 has highlighted that we want to be working and living in healthy buildings. About half of U.S. office buildings were built before 1980 and still influence our exposures decades later. The decisions we’re making now affect generations to come.