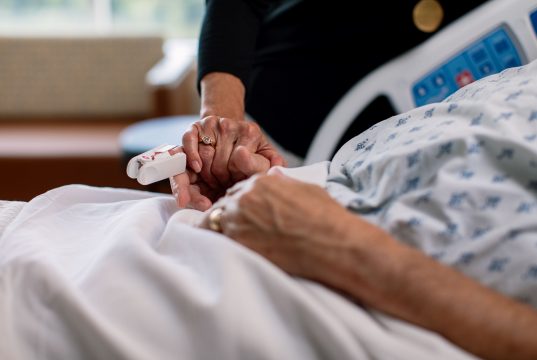 To delay or prevent age-related diseases as a whole, a new field of geroscience is emerging and hopes to revolutionize geriatric medicine.

Aging is a natural and inevitable part of the lifespan; it’s also at the nexus of many chronic diseases including cancer, diabetes, dementia, and more. The emerging field of geroscience is about finding the fundamental causes of aging. It may be able to delay or prevent age-related diseases as a group rather than one condition at a time. Researchers say that if the promise of geroscience is realized, a revolution in geriatric medicine may be upon us.

The wrinkle: while there are upwards of 7,000 geriatricians in the United States, only a handful are prepared to do geroscience.

“Trained geroscientists are urgently needed to facilitate clinical trials that target fundamental aging mechanisms,” says Robert Pignolo, MD, PhD, chair of the division of Geriatric Medicine and Gerontology and director of the Translation and Pharmacology Program at Mayo’s Robert and Alrene Kogod Center on Aging. “Addressing this gap would accelerate our ability to bring solutions into routine patient care.”

To this end, Mayo Clinic is unveiling a first-of-its kind geroscience training program.

The program’s first scholar is Jad Sfeir, MD, who will be completing a geriatric medicine fellowship prior to entering the new program.

“I have been amazed by the innovative work being done at the Kogod Center on Aging to completely revolutionize the approach of modern medicine to chronic diseases. I am excited to join the new training program and continue to work towards improving the healthspan of older adults,” says Sfeir.

“It is critical that we prepare leaders in the field of geriatric medicine by giving them a robust understanding of aging processes and the novel agents – currently under investigation – that might delay or reverse the consequences of these aging processes,” adds Ericka Tung, MD, program director for Mayo’s Geriatric Medicine Fellowship. “It is my hope that our program trainees will contribute to the development and investigation of future therapies.”

Launching geroscience training programs was a key recommendation from a consortium of international institutions that included Mayo Clinic. Pignolo and colleagues summarized the details in a new paper in the Journal of the American Geriatrics Society.

“Geroscience is a very new field, and a big part of its genesis happened at Mayo Clinic,” Pignolo says, such as the discovery of the first senolytic drugs that selectively eliminate senescent cells (contributors to age-related diseases). The past 10 years have seen numerous promising geroscience developments, which Pignolo hopes will lead to a renewed interest in geriatric medicine as a whole – increasingly important as the elderly population expands.

“If you’d told me years ago that there’d be a way to specifically target old cells, I would have laughed. If you’d told me there’d be interventions that would target aging itself, I would have been in disbelief,” says Pignolo. “But that time is now. And we need a pipeline of individuals to translate these discoveries into practical patient care solutions.”