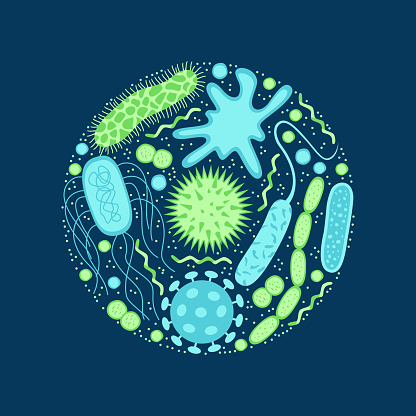 A diagnostic test for the recurrence of clostridioides difficile infection (CDI). Identifying the immunomodulatory virome constituents of both healthy and diseased human intestine. These are just two of five projects to advance research on the microbiome recently funded by Harvard Catalyst.

Following the highly attended Microbiome in Human Disease Symposium in October 2018, our Translational Innovator program made available a pilot funding opportunity on the role(s) microbiomes play in the maintenance of normal human physiology and in the manifestation and treatment of human disease. For this opportunity the microbiome includes viruses, bacteria, and fungi as they relate to human physiology or illness.

In November 2018 fifty applicants submitted diverse proposals to investigate the interactions between microbiomes and human physiology. Each awardee received up to $50,000 for one-year projects.

In November 2018 fifty applicants submitted diverse proposals to investigate the interactions between microbiomes and human physiology.

Georg Gerber, an assistant professor of pathology from Brigham and Women’s Hospital, will be using a novel machine learning approach that was developed in his lab to analyze large datasets of multi-‘omics data from a prospective study that follows 150 participants with CDI, the most common cause of hospital-acquired infection in the U.S. Since it is responsible for more than 15,000 deaths annually, Gerber’s project will provide important preliminary results in preparation for the next stage, which is to validate a diagnostic test for CDI recurrence.

Kate Jeffrey, an assistant professor of medicine at Massachusetts General Hospital (MGH), will be using fresh resections of IBD (inflammatory bowel disease) and non-IBD patients to identify, for the first time, the precise components of the intestinal virome that produce an immune response in the gut. Her research will make an important contribution to the established body of work on the role of the microbiome in the gut. Over the last two years, new technologies have enabled the identification of viruses and the important contribution they make to the microbial communities present in a healthy intestine. How these viruses, collectively known as the virome, play a role in contributing to a healthy gut and impact gut inflammation is largely unknown.

Another project, led by Caroline Mitchell, examines the role of the reproductive tract microbiota in fertility. Mitchell, an associate professor of obstetrics, gynecology, and reproductive biology at MGH, is conducting this study to determine whether L.Crispatus, a Lactobacillus species, is associated with optimal reproductive outcomes. To find this out, Mitchell’s study will recruit sixty women undergoing in vitro fertilization. She will compare the microbiome of those women who achieve pregnancy and those who do not.

Two additional projects were awarded to Victor Neel, an assistant professor of dermatology at MGH, and to George Whitesides, the Woodford L. and Ann A. Flowers University Professor at Harvard. Victor Neel’s project will characterize the skin microbiome during acute wound healing, and George Whitesides’ feasibility study will examine a method of determining the antibiotic susceptibility of pathogenic bacteria by distinguishing live from dead bacteria based on their different densities.