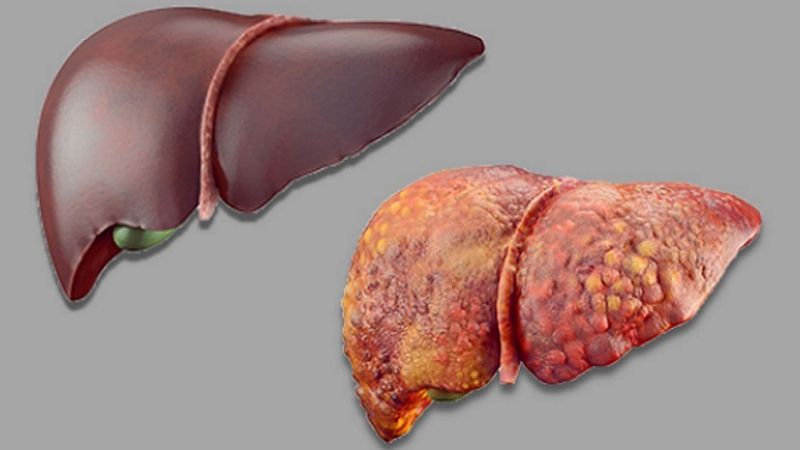 Photo: National Institute of Diabetes and Digestive and Kidney Disease

Natural language processing, the technology that lets computers read, decipher, understand and make sense of human language, is the driving force behind internet search engines, email filters, digital assistants such as Amazon’s Alexa and Apple’s Siri, and language-to-language translation apps. Now, Johns Hopkins Medicine researchers say they have given this technology a new job as a clinical detective, diagnosing the early and subtle signs of language-associated cognitive impairments in patients with failing livers.

They also report finding evidence that cognitive functioning is likely to be restored following a liver transplant.

In a new paper in the journal npj Digital Medicine (formerly Nature Digital Medicine), the researchers describe how they used natural language processing, or NLP, to evaluate electronic message samples from patients with end-stage liver disease (ESLD), also known as chronic liver failure. ESLD has been associated with transient cognitive abnormalities such as diminished attention span, loss of memory, and reduced psychomotor speed, an individual’s ability to detect and respond to the world around them. This troublesome confusion occurs when a failing liver cannot properly remove toxins from the blood and they cross the brain-blood barrier.

Approximately 80% of patients with ESLD have neurocognitive changes associated with poorer quality of life, including deteriorating sleep and work performance. As many as 20% of adults with ESLD can develop the most severe form of cognitive impairment, overt hepatic encephalopathy, which has a mortality rate of 43% after one year.

“We currently do not have a reliable method for identifying cognitive abnormalities in patients who need a liver transplant,” says senior study author Douglas Mogul, MD, MPH, assistant professor of pediatrics and medical director of pediatric liver transplantation at Johns Hopkins Children’s Center. “Our findings suggest that NLP may provide that early diagnosis of cognitive issues, guide us in managing the problem, and help improve a patient’s quality of life until a donor organ is available.”

Overall, the researchers found that NLP detected distinct, yet subtle, pre-transplant and post-transplant differences in sentence length, word length, and other language characteristics, suggesting that the technology could be developed into a valuable diagnostic tool.

According to the United Network for Organ Sharing, the liver is the second most transplanted organ, after the kidney. In 2017, some 8,100 ESLD patients received a liver transplant and nearly 14,000 were on the waiting list for a donor organ.

“Our findings suggest that NLP may provide that early diagnosis of cognitive issues, guide us in managing the problem, and help improve a patient’s quality of life until a donor organ is available.” – Douglas Mogul

In their study, the researchers identified 81 ESLD patients who had received a liver transplant at The Johns Hopkins Hospital between April 1, 2013 (when Johns Hopkins Hospital patients were first able to send their caregivers email messages and have them entered into their personal electronic medical record), and Jan. 31, 2018. Those in the ESLD group sent at least one patient-to-provider electronic message both pre- and post-transplant. They were matched by age, gender, and race/ethnicity with a control group of patients who had liver disease but were not evaluated for transplant, and also had email messages available in their records.

The severity of each patient’s liver disease was graded using the Model for End-Stage Liver Disease, or MELD, a numerical ranking between 6 and 40 based on laboratory tests. A MELD score of 30 or greater identifies a patient who most urgently needs a transplant.

“For patients with the highest MELD scores, we found that their messages had fewer letters per word, fewer words of six letters or more, and more words per sentence before their transplants,” says study co-author and computational linguist Masoud Rouhizadeh, MSc, PhD, one of the NLP leads at the Johns Hopkins Institute for Clinical and Translational Research and co-founder of its Center for Clinical NLP. “It was like they were searching for words to make themselves understood.”

Following transplant surgery, the majority of patients returned to normal or near-normal language patterns — more concise sentences with longer words, including a greater number with six letters or more.

The researchers say that there were no significant differences in the other NLP measures, either between the pre- and post-transplant messages written by the ESLD group members, or when those messages were compared with ones written by the control group participants.

For an example of how NLP helped display and identify impaired cognitive function, Rouhizadeh says look at the following pre-transplant statement made by a study participant:

“I was asked by my wife to request that when you send the fax to my disability insurance company that if you could include the following [list of information to include]. Once I go back to work full time and be off work again I will have to wait an extended period of time before and if I will receive any benefits.” (Word count without the list: 57)

Now, he says, compare that rambling message with this more direct one from the same ESLD patient after he received a new liver:

“I have scheduled a small vacation and will be out of town for 3 days. My wife wants to make sure this will be OK.” (Word count: 25)

Mogul says that this example demonstrates that analyzing recorded messages using NLP can successfully identify subtle neurocognitive impairments that current tests may miss, and detect them at an early and more treatable stage.

Following this proof-of-concept trial, the researchers say they plan to conduct studies that follow the post-transplant cognitive progress of larger patient populations over longer periods of time, such as one to two years.

Mogul adds that future studies also must correlate the NLP diagnoses with established clinical measures, such as neurocognitive testing, to affirm the technique’s effectiveness and rule out other forms of dementia as the root of the abnormalities.

Despite its prevalence in today’s society, NLP technology has only recently begun making its mark in healthcare. Early medical applications have included using a patient’s word choice to signal bleeding in the brain, mathematically ranking the levels of risk for cirrhosis of the liver, and developing a computer model for predicting mortality in intensive care units.

“We are among the first to try using it to track down neurocognitive impairments present in the messages composed by ESLD patients,” Mogul says.

“The more we can refine and develop our new diagnostic tool, the more we can validate its effectiveness, and then, possibly open the door to applying this technology to other diseases in which cognitive functioning is impaired, such as Alzheimer’s,” he says.