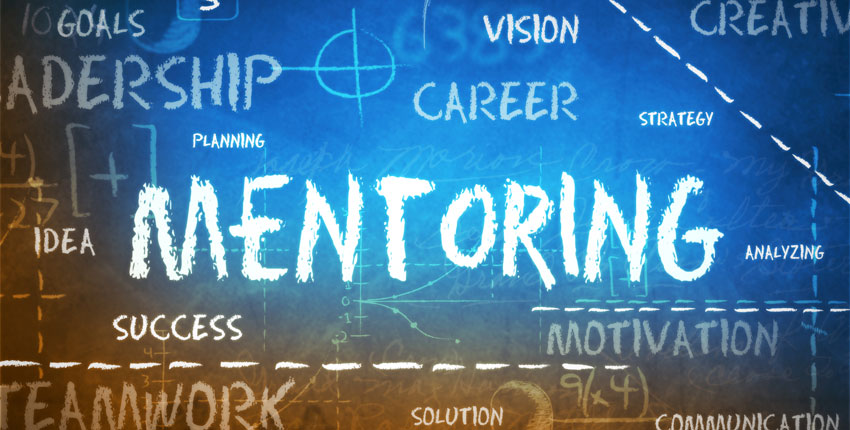 What early-career researchers need is support from and access to mentors and the research community.

Now, a Harvard Catalyst program called Career Catalyst is matching junior researchers with senior faculty who serve as mentors, each guiding three or four mentees on how to advance their research careers, providing knowledge, skills, and a networking community.

Many of the program’s early-career researchers came from other institutions or countries and had few contacts in Boston. Through a combination of a structured curriculum and small-group meetings, the year-long program connects them to the help they need.

“Our meeting time each month was a breath of fresh air,” said mentor Gail Adler, Harvard Medical School (HMS) professor of medicine at Brigham and Women’s Hospital. “It was wonderful to watch them grow and deal with problems. As I told the mentees, success is getting around obstacles to keep doing what you enjoy doing.”

Amid a year of isolation and uncertainty, this year’s program, which was conducted virtually and ran through the end of June, took on added significance for the 13 mentors and their 45 mentees.

The pandemic lockdown began two weeks after Yvanka de Soysa moved from California to start her postdoc in the Stevens Laboratory at Boston Children’s Hospital, where she is investigating how the immune system regulates the brain’s development.

“I was fine as far as the science in making the transition [to Boston], but I was lost in terms of a community outside our lab,” commented de Soysa, who had established a peer support network for her graduate program in California and was excited about the networking and peer group aspect of Career Catalyst.

The groups met twice a month, once with mentors and all mentees, and once with only the mentees themselves.

Every meeting struck a balance between open-ended time to talk and a structured curriculum with exercises, articles to read, and references for resources.

“It’s very powerful to talk through your issues with others at similar junctures in life.”

“It’s very powerful to talk through your issues with others at similar junctures in life,” de Soysa said. “And I learned things I’ve already put to use, such as the importance of having multiple mentors, and how to approach senior faculty for an informational interview.”

One exercise had the mentees map their mentor network and talk about who was currently in their network, where the holes were, and who might fill them. Discussions at monthly meetings covered how to approach conferences, publishing, cover letters, informational interviews, and building a personal reputation.

After a program exercise that had mentees reflect on how they defined success for themselves, “I realized that it didn’t have to be in academia,” said de Soysa, who plans to explore the business side of commercializing research findings.

The “know thyself” exercise was also a highlight for Vanessa Merker, a health services researcher in neuro-oncology at Massachusetts General Hospital, who joined the HMS faculty in March as an instructor in neurology.

“As I assumed the mantle of faculty, this exercise helped me think critically about my strengths and weaknesses and what I wanted to achieve and spend my time on,” she said.

“I have great mentors who have sponsored my research, but to have a career mentor with whom you don’t directly collaborate, and who can be more objective, has been extremely beneficial,” said Merker, whose research focuses on rare neurological disorders.

Mentors benefited from the relationships too.

There was one point, mid-year, when everyone in Andrew Onderdonk’s group was dealing with difficult personal or family issues related to COVID.

“We came together not only as professionals, but as friends, in a way I haven’t seen before in other groups I’ve mentored,” said Onderdonk, a microbiologist and HMS emeritus professor of pathology at Brigham and Women’s.

“For me, it was a transcendent event that shows the importance of this type of program,” he said.

Mentor Gyongyi Szabo said that in her group “we discovered that we represented more than half the world, including Europe, Africa, Asia, and the U.S., which enriched our lively discussions.” Szabo is an HMS professor of medicine at Beth Israel Deaconess.

“We had fantastic discussions about how parts of science, other than academia, can contribute to moving forward medical and scientific discoveries,” she said.

“We came together not only as professionals, but as friends, in a way I haven’t seen before in other groups I’ve mentored.”

Mentoring has always been a critical way to learn and advance one’s career in the research community, said Erica Lawlor, director of postgraduate education at Harvard Catalyst.

“This past year really hammers home the value of this program and the team that created and ran it,” she said. “Even without a pandemic, the research environment is complex to navigate. The program was intended to be a replicable model to foster mentorship anywhere.”

Six years ago, Lawlor and program manager Caroline Freitas knew they needed to form a program focused on mentoring. Together with faculty leads Frederick Schoen and Fran Grodstein, they created a two-day course to empower mentees to maximize mentor relationships. It has run every spring since then, except for this past year.

Freitas and Schoen then designed Career Catalyst four years ago, “after it became clear that many early-career researchers were getting some scientific guidance from supervisors or principal investigators but were desperate for someone to sit down and talk through some of the big-picture questions, such as what kind of job environment they wanted to be in,” Freitas explained.

The program receives more than 150 applications each year for 45 slots, she said.

In addition to the twice-monthly meetings with their individual groups, all mentees attend three events during the year, at the beginning, mid-year, and at the end. Though all events were virtual this year, the team adapted and used digital breakout rooms for the mid-year event.

In one mentor-led room there was a discussion of career pathways for clinician scientists and basic scientists, while another focused on the job search and interview process, and yet another highlighted funding and K grants, NIH early-career development grants that help investigators conduct their research independently.

Many of the participants were international researchers in the U.S. on visas contemplating their next steps. The program managers brought in immigration attorneys to discuss visa options for clinical and translational researchers.

“The program gave everyone a space to network, make friends, and find community during an otherwise very challenging time,” Freitas said.

At the closing event, Grodstein announced the launch of a Career Catalyst Alumni Network to help build on the smaller networks they had started.

“It’s apparent today how many new relationships have been formed,” she said. “But you’re never really done with seeking new connections.”