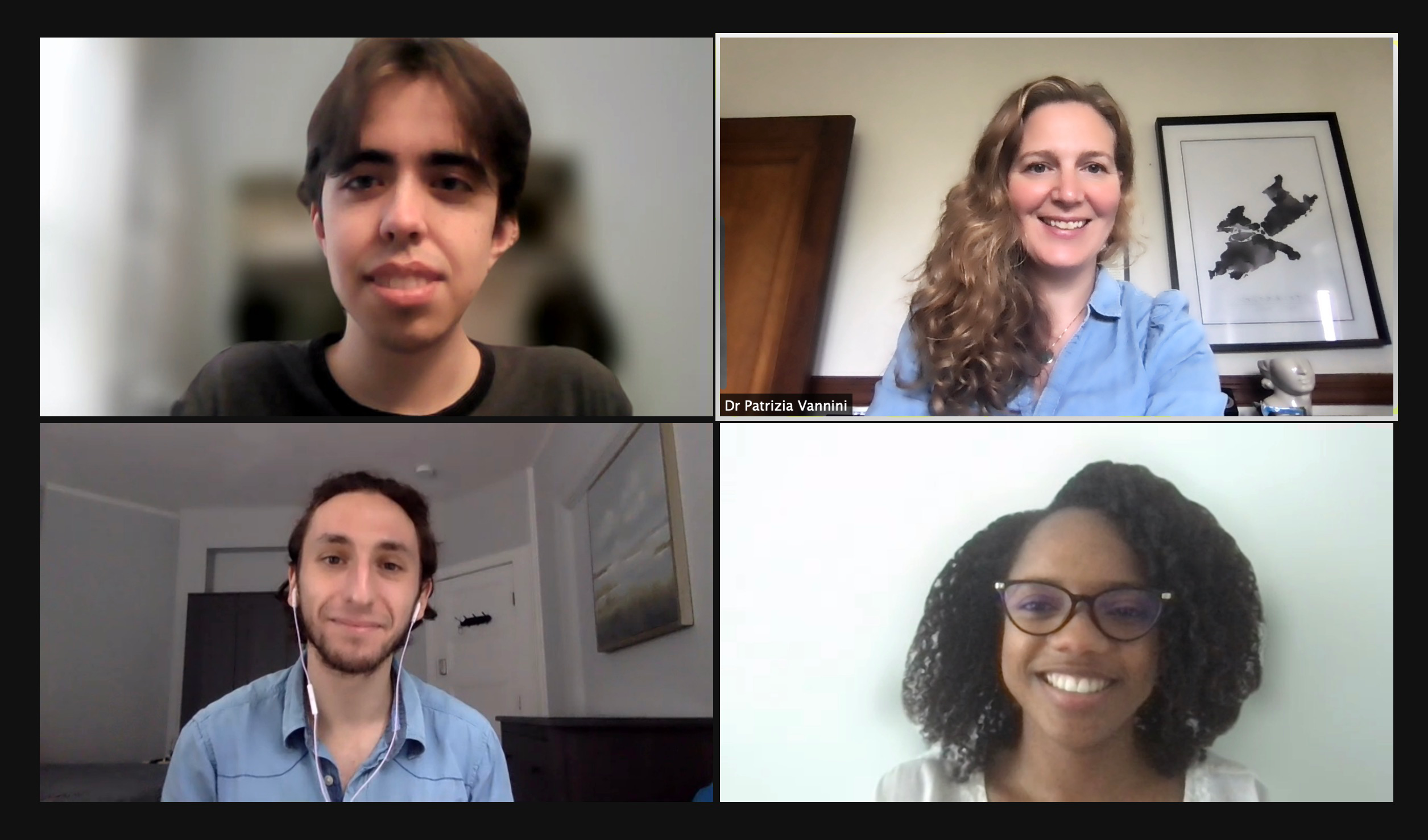 Patrizia Vannini, PhD, is an assistant professor of neurology at Brigham and Women’s Hospital (BWH) and an investigator in Massachusetts General Hospital’s Martinos Center for Biomedical Imaging. A faculty lead for our Grant Review and Support Program (GRASP), she served as a mentor this summer to a medical student as part of our Visiting Research Internship Program (VRIP).

What motivated you to volunteer as a VRIP mentor?

I originally got involved with GRASP because I felt like Harvard Catalyst had given so much to me and I wanted to give back. VRIP was very appealing to me as I believe that mentorship is an extremely important part of research, and it gave me a chance to enrich a medical student’s interest in the clinical and translational research field. My mentee, Brea Willey, a rising third year medical student at the University of Miami Miller School of Medicine, and I clicked right away. We had many fruitful discussions and it’s been a true pleasure working with her. She opened my eyes to some new aspects to the project we were doing.

What is the project and some of the findings?

At the beginning of the pandemic, I diverted from my main research on Alzheimer’s disease to a longtime interest in stress, which has a major negative impact on Alzheimer’s and other diseases. I was feeling stressed myself, so at a lab meeting, I pointed out that it would be important to better understand how the pandemic has impacted our older populations by surveying them. The group agreed, so we quickly created a COVID-19 survey, including measures of perceived stress, to send participants in three of our longitudinal observational studies – the Harvard Aging Brain Study, Instrumental Activities of Daily Living Study, and the Mood and Memory in Aging study.

“VRIP was very appealing to me as I believe that mentorship is an extremely important part of research, and it gave me a chance to enrich a medical student’s interest in the clinical and translational research field.”

One of the variables in the survey is post-traumatic growth, which we know happens after traumatic events in some people who learn from the event and emerge more positively. Brea’s project focused in particular on evaluating post-traumatic growth and if coping behaviors, especially engagement in religious and spiritual activities, would mediate growth, as has been demonstrated in another study of Black female cancer survivors.

It was Brea who pointed out that after Hurricane Katrina, it was African-American people who had the most post-traumatic growth and that it would be important to see if race also impacted this variable during the COVID-19 pandemic  She also was excited about potential applications this might have to her volunteer work in Miami with the Youth Tackling COVID-19 research project, empowering Black/Latinx youth to slow the spread of COVID-19.

In this project, Brea participated in forming the research question and the hypothesis. The data she presented at VRIP’s closing ceremony show with high significance that Black people, in fact, exhibited more post-traumatic growth through the COVID pandemic. In addition, we found that seeking social support, including religion, predicted increased post-traumatic growth, although no interaction effect was observed with race in our cohort.

How did you get interested in investigating the role of the awareness of memory loss in Alzheimer’s disease?

Throughput my research career, I’ve been interested in differentiating healthy brain aging from the earliest signs of Alzheimer’s using different imaging modalities. I came to Boston about 12 years ago as a postdoc in the lab of Reisa Sperling, MD, PhD, who’s director of the Center for Alzheimer’s Research and Treatment at BWH, and had the opportunity to work with then-new imaging techniques that allowed us to look at amyloid, one of the proteinopathies of Alzheimer’s, the protein accumulations that are hallmarks of the disease. We used this technique to investigate the brains of people who were cognitively normal but walking around with their heads full of amyloid, suggesting that there is a ‘silent period’ in which pathologies accumulate in the brain before clinical symptoms of the disease emerge.

Around that time, I had an eye-opening meeting with Reisa. She told me that it was interesting that some patients come to her worried that something is wrong with their memory, but their cognitive tests are normal. They are followed and tested yearly. The curious thing, she said, was that every year she’d ask if they were worried about their memory and they’d say yes, but the year they’d say they are no longer worried, that’s often when changes associated with the disease’s progression became clinically evident.

” The data she presented at VRIP’s closing ceremony show with high significance that Black people, in fact, exhibited more post-traumatic growth through the COVID pandemic.”

That made me very interested in exploring changes in self-awareness and especially lack of awareness—anosognosia—about their memory loss across the spectrum of Alzheimer’s disease. I want to know what happens in the brain, the causes, of this miscommunication between someone’s self-perception and the actual extent of memory loss.

Why is understanding the awareness of memory loss so important?

We’re starting to understand that the proteinopathies in Alzheimer’s disease are in some way disrupting networks that are necessary for accurate self-reflection.

Lack of awareness about one’s disease can be dangerous. They might not take their medications, drive off in a car, or put themselves in other dangerous situations. It’s especially hard on caregivers. And our research has shown that it may be one of the early signs of the disease for some individuals. If you’re aware early on about your disease, you can use compensatory strategies to stave off progression as long as possible. These include mnemonic strategy training, and lifestyle choices such as exercise, diet, and mental-stimulating activities (for example reading, social engagement, good sleep, and reducing stress).

What do you like to do in your spare time?

I was overwhelmed at first working 100% remotely and homeschooling my two young children. To relax I decided to take up learning to play the piano again. Sometimes I take a break in the middle of work and go play something. I found that it helped me to keep my focus and avoid work burnout during this time. I like just being with my family, and this past year in particular, I got to experience how my kids have grown in a way I wouldn’t have if they had been in school.