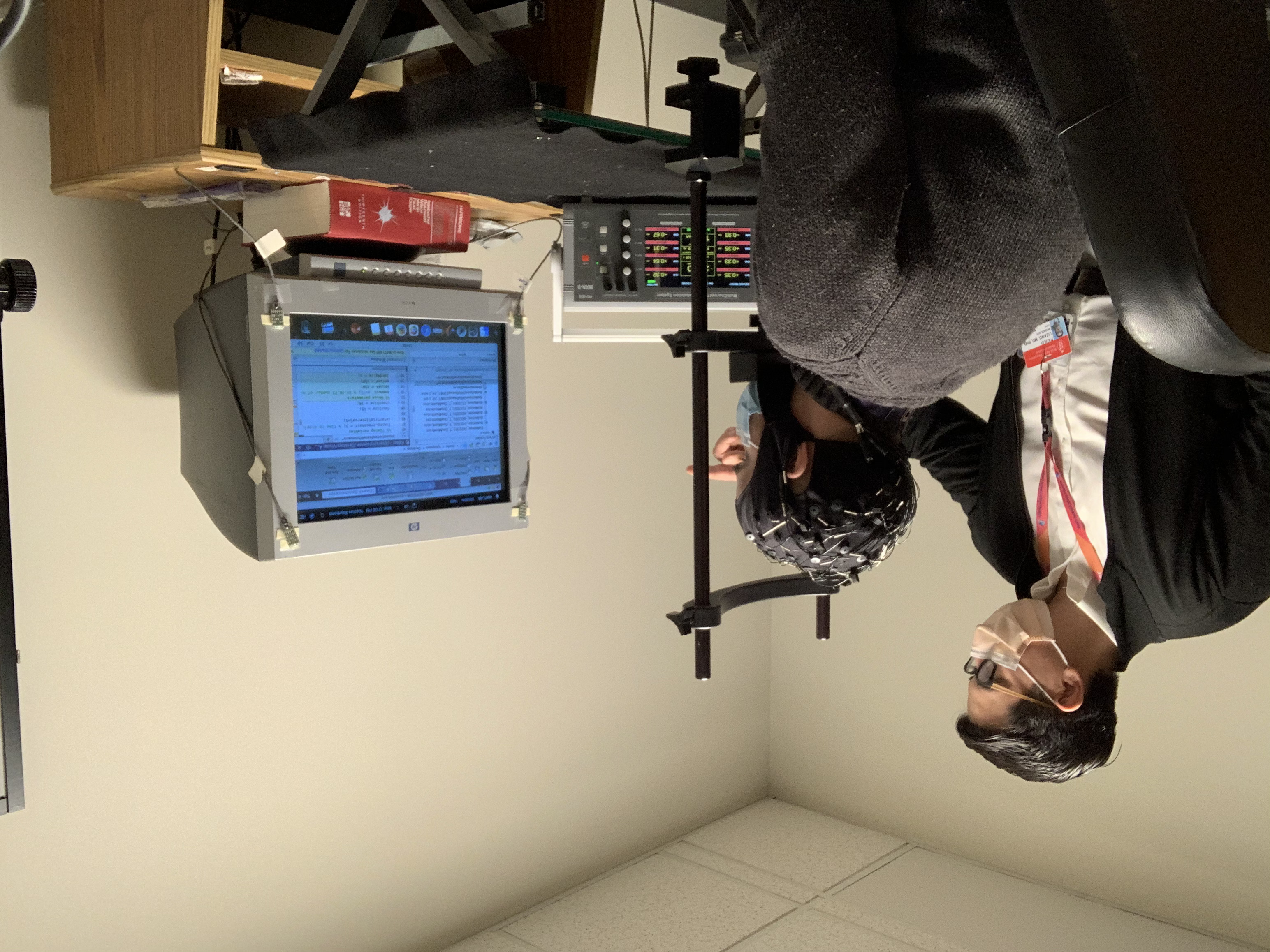 Paulo Lizano, MD, PhD, is a neuropsychiatrist and assistant professor of psychiatry at Beth Israel Deaconess Medical Center (BIDMC) and Harvard Medical School. He received one of our Sight & Science 2020 awards for his pilot project, “Improving Visual Hallucinations by Targeting the Visual Cortex with Electrical Stimulation.”

How prevalent is psychosis? Can you speak about the symptoms, such as visual hallucinations, and treatment?

It’s intriguing to me that even before the onset of visual hallucinations, people with schizophrenia have problems with visual acuity and detecting color, and have poor motion processing and other deficits in the visual cortex.

“If we could provide evidence of a targeted treatment that works for even a subset of people, such as those with visual hallucinations, I think this would make a profound difference for patients.”

I’m motivated to do this translational work because our antipsychotic treatments only help about a third of patients. The other two-thirds are prescribed a mix of medications. Many have ongoing cognitive decline. If we could provide evidence of a targeted treatment that works for even a subset of people, such as those with visual hallucinations, I think this would make a profound difference for patients.

How did the idea arise for your Sight and Science pilot project, and what progress have you made?

When a recent paper identified the extrastriate visual cortex region as a source in the brain of visual hallucinations, which is an area where motion processing happens, I thought this would be a great region to test as a target using an electrical brain stimulation approach. We want to see whether high-definition transcranial direct current stimulation improves symptoms, such as the visual hallucinations. Transcranial direct current stimulation is a non-invasive brain stimulation technique that modulates brain excitability by a weak electrical current between two or more electrodes placed on the brain. It makes neurons either more or less likely to activate depending on the type of stimulation.

Despite some setbacks, we started recruiting patients and have been scheduling them to undergo a battery of tests over a week, which includes clinical assessments, visual processing, and others to determine patients’ ability to discriminate velocity between objects, processing of motion, and remembering where objects are placed. The subjects undergo electroencephalography monitoring while they’re performing an emotion-processing task and tests of overall cognitive function.

Tell us about your other line of research on the inflammatory and microvascular basis of schizophrenia.

I trained as an MD-PhD, initially in basic science research studying cardiovascular biology before I shifted over to psychiatry. In my findings, I’ve identified that there are changes to the microvasculature in the brain that seem to be associated with schizophrenia. Specifically, we found that there’s an inflammatory subtype of people with schizophrenia who show evidence of brain thickening where one would expect to find thinning of the brain. We think that this is due to a disruption in the blood-brain barrier.

“We want to see whether high-definition transcranial direct current stimulation improves symptoms, such as the visual hallucinations.”

We know that people with schizophrenia lose brain matter over time so I’m also trying to identify peripheral markers to track changes. We’re doing retinal imaging, which has a higher resolution image than a brain imaging scan, as well as measuring electrophysiology and vasculature. Together, these measures may help us stratify patients with schizophrenia for more targeted treatment.

I’m setting up my own lab, but still work closely with my mentor, Matcheri Keshavan, who’s the Stanley Cobb Professor of Psychiatry at BIDMC.

What’s your vision for how your research might someday translate clinically?

I’m envisioning a clinic to treat people who have visual disturbances or hallucinations. They would undergo a battery of tests to pinpoint whether the problem is with the eyes or in the brain, including an ophthalmological examination, retinal imaging, brain imaging, and EEG, all of which will inform treatment. If the problem lies in the brain, then I’d imagine employing transcranial direct current stimulation as part of treatment.

What’s been happening in your personal life the past year?

My wife and I moved into our first house last May, and I’ve been in a constant battle with the weeds in the backyard ever since. I’ve enjoyed time playing with our four-year-old daughter. We play house and pretend to be animals. We are expecting our second daughter, so we probably won’t be going on vacation for some time.

Hear Lizano discuss his work in our recent ThinkResearch podcast episode “The Vision System and Psychosis.”