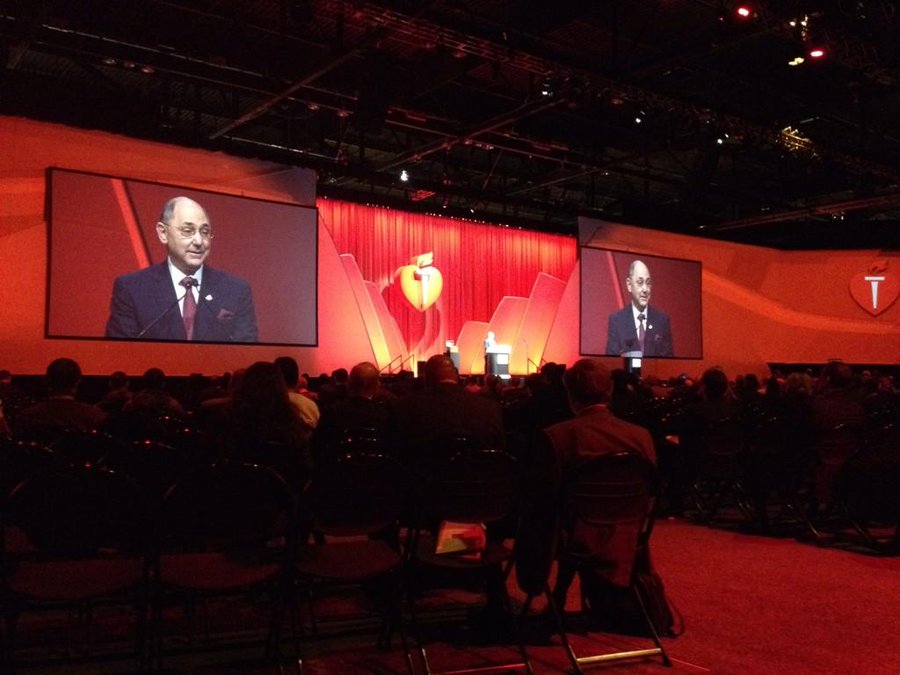 Elliott M. Antman, MD, has led the Postgraduate Education program since its inception in 2009. He is a senior physician in the cardiovascular division at Brigham and Women’s Hospital, where he was director of its Coronary Care Unit for 29 years. He is also a senior investigator in the Thrombolysis in Myocardial Infarction (TIMI) Study Group, which examines the clinical pharmacology and evaluation of cardiovascular agents. A professor of medicine at Harvard Medical School, he served seven years as associate dean for clinical/translational research. He is also a former president of the American Heart Association.

At one time you wanted to be a neurosurgeon. How did you get hooked on cardiology and science?

As a medical student at Columbia, I had the opportunity to do research in the pharmacology department. We were examining the electrical effects of a heart rhythm-stabilizing drug during a heart attack to provide data on how the drug worked. I submitted an abstract for the American Heart Association scientific sessions and as a fourth-year medical student, found myself presenting this research. What a thrill that was. Shortly after, I went to medical grand rounds, where I was fascinated by a lecture on cardiology research given by Eugene Braunwald, MD, then the new chief of medicine at the Brigham. Inspired by him, I applied and was accepted as a cardiology fellow here.

“Aspiring scientists frequently cite two challenges: how to get funding for their research and how to communicate their research.”

What research problem are you most proud of solving?

For 40 years I have worked in the TIMI Study Group, the brainchild of Dr. Braunwald, who is my mentor. In the early 1980s, he launched TIMI, which for several decades has been leading the way in conducting more than 60 clinical trials on various aspects of cardiovascular disease. Many of them have changed the practice of medicine. I was the lead investigator of four things that were approved by the FDA: one device (an assay), and three drugs. That kind of contribution is very rewarding and it’s something I’m particularly proud of. I’ve learned a lot along the way and use those lessons as part of my lectures in our educational programs.

What are some challenges faced by aspiring scientists that the Harvard Catalyst education program addresses?

We developed the Grant Review and Support Program (GRASP) and invite everybody who gets a certain type of NIH career development grant called the K award into the program. We teach them grant writing and how to project manage their research time and effort so that after the four or five years of their K award, they are ready to submit an R grant application. It’s been so successful that we started a pre-K course. We also built online courses describing other sources of grant funding: industry, foundations and philanthropy, and other governmental agencies.

Our popular course called Effectively Communicating Research covers written communication and oral, such as how to give a scientific talk or do an elevator pitch. In addition to the didactic sessions, we have workshops where people get to practice an elevator pitch or bring manuscripts for feedback.

Having a mentor to help navigate the system is just as critical, so we also have a Mentor-Mentee Matching Program.

You also direct the skills development program at the Boston Biomedical Innovation Center. How can education help accelerate innovations to market?

For an innovation to get to patients, the final step is commercialization, but many promising technologies never progress through what we refer to as the “valley of death” because individuals with great scientific expertise don’t know how to get there. The idea behind this program, funded by the NIH National Center for Accelerated Innovation, is to offer grants but also, critically, to teach individuals the principles they need to know to get to commercialization. This program is another example of how we try to make educational resources available to adult learners where they need it, when they need it.

Your wife, Karen Antman, MD, is an oncologist and dean of the BU School of Medicine. What’s your secret to making a physician marriage work?

We are true partners in life and are supportive of each other’s needs. For example, if Karen needed to get in early because she was doing a bone marrow transplant, I was the one who made sure the kids went off to school. Interestingly, both our children observed how we were rewarded by our professional lives and became physicians. Our son David, who’s an emergency medicine physician and daughter Amy, who’s a pediatric neurologist, also met their spouses in medical school. As six physicians, we have very interesting conversations at the dinner table when the family gets together.