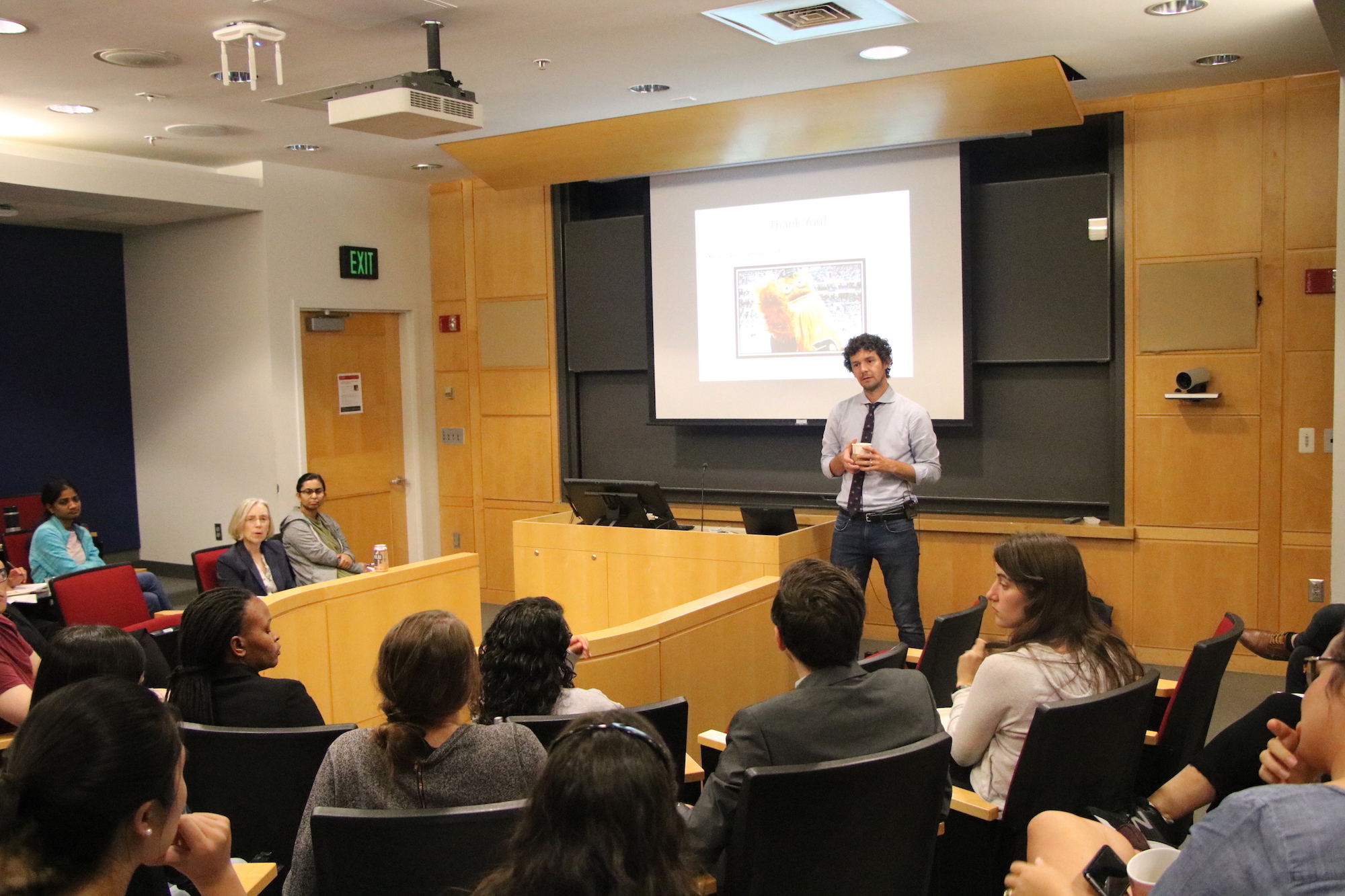 “Elected legislators make a lot of important decisions that affect health, but most don’t have in-depth specialized knowledge of health issues,” said Jonathan Purtle, DrPH, MPH, MSc, an assistant professor at Drexel University’s Dornsife School of Public Health. “That’s why we need ways to communicate evidence to them that are clear and resonate with them.”

A policy and dissemination researcher who focuses on issues of mental health and health equity, Purtle spoke at a Harvard Catalyst Community Engagement Forum on “Disseminating Evidence to Policymakers: A Data-Driven Approach,” held on September 25 at Harvard T.H. Chan School of Public Health. In showcasing research, Purtle emphasized to the audience important strategies to consider.

“For us, that was a green light to get the word out better on the science,” Purtle said. “There’s actually a lot you can do through city policies.”

In other studies, using sophisticated data analysis techniques including empirical clustering, they found three meaningful ways to divide their audience of legislators. There are the budget-oriented skeptics with stigma (47%) who care about money and, in the case of these studies, don’t have faith in mental health and substance use treatments. Then there are the action-oriented supporters (24%), who are introducing bills and who, like the passive supporters (29%), care about scientific evidence.

“Data-driven dissemination probably isn’t going to transform practice or policy, but it can help us do better at communicating evidence and can be done at low cost.” – Jonathan Purtle, assistant professor, Drexel University’s Dornsife School of Public Health.

“Beyond political party and a person’s ideology, these three segments were predictive of their support for mental health and substance use bills,” he said.

Cost effectiveness and budget impact turned out to be very important. “But we don’t always lead with that in policy briefs,” he said. “This is a signal that we should.”

He also pointed out that university researchers are perceived as credible, but legislators tend to turn to advocacy organizations. “We need to address that,” he added.

He is currently engaged in trials to discern which ways of informing legislators about the effect of toxic stress on children make them more inclined to address this issue. For tracking outcomes, he is using a legislation-tracking Quorum database, which includes every legislative bill, testimonies, reports, tweets of legislators, and their letters to constituents. His team will examine media portrayals of the issues, conduct controlled messaging experiments, and then do a field effectiveness trial of various communication strategies.

“Data-driven dissemination probably isn’t going to transform practice or policy,” he concluded. “But it can help us do better at communicating evidence and can be done at low cost.”

The Harvard Catalyst Community Engagement Program aims to accelerate use of scientific evidence to improve community health. “A key aspect of our work is to think about policies and how they can improve translation of research evidence in community health,” said Karen Emmons, PhD, faculty lead of the program and a Harvard Chan professor of social and behavioral sciences. The program offers a variety of resources, including pilot grants, project management support, and expertise in D&I research as well as community-based participatory research.