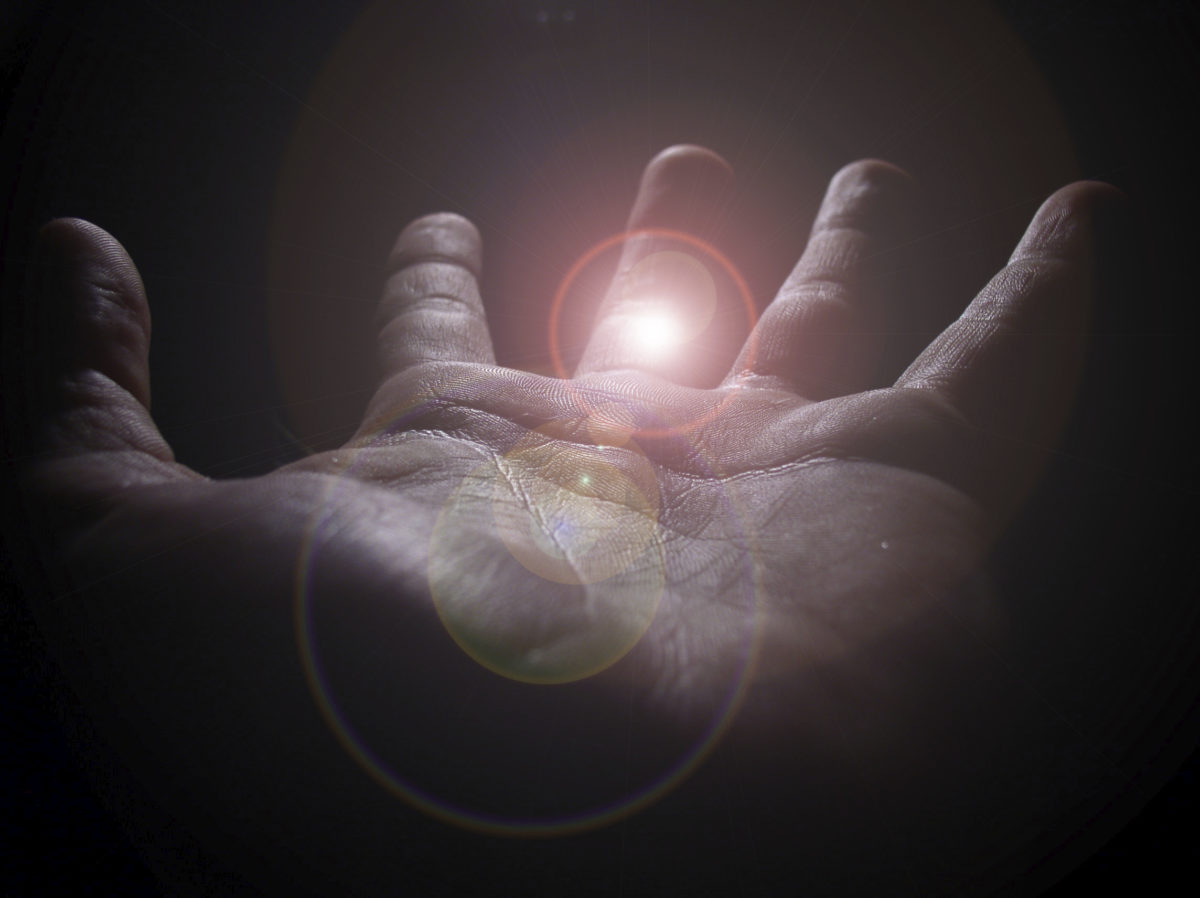 Seventy-one percent of Americans believe in God or a universal spirit, and 80 percent of blacks and 61 percent of Latinos say these beliefs are very important in their lives, according to The Pew Charitable Trusts.

“For those of us interested in reducing health disparities, this may be particularly important,” said Alexandra Shields, HMS associate professor of medicine and director of the Harvard-MGH Center on Genomics, Vulnerable Populations and Health Disparities, as she kicked off the “Spirituality, Health and Health Disparities Symposium” at Harvard Medical School on Dec.  4, 2014.

“We can’t afford to ignore the potential effect of spirituality and religion on health,” Shields said.

Can religious and spiritual beliefs negatively affect health outcomes if people resist treatment because they are putting themselves in the hands of God? Or can spiritual belief and hope be positively leveraged in healing? These were the questions Shields and other speakers debated.

The focus of the symposium, sponsored by the Health Disparities Research Program of Harvard Catalyst | The Harvard Clinical and Translational Science Center, was to encourage more research into the health effects of spirituality and religion, said Shields, who is codirector of the effort.

One goal of the symposium was to begin building bridges between Harvard faculty already engaged in this kind of research through discussion with the epidemiologists, theologians, public health researchers, psychologists and sociologists who were in attendance.

The national and Harvard-wide experts in attendance included researchers who are tackling the challenges of measuring spirituality and those who are investigating the biological pathways through which spirituality, like stress-management and mindfulness techniques, may operate.

Stories of spirituality and health

Unlike most academic symposia, the gathering began with stories told by spiritual leaders who described their personal awakening to the spiritual and sacred: a Jamaican nun, an African-American pastor who is also a retired pediatrician and a Buddhist monk who holds a PhD.

Sister Marie Chin spoke of a transformative experience she had while attending a United Nation’s women’s conference in Beijing, China, in 1995. At first, she said she despaired after hearing women’s stories of cruelty, oppression and pain.

She then realized that by telling their stories, “every woman’s pain became a little more bearable because it was shared.”

Though many of the women wouldn’t have described themselves as churchgoers, Chin said by sharing their stories, “they felt a surge within — a profound sense of power, a force beyond themselves.”

Speaker Gloria White-Hammond told how she was a practicing pediatrician at the South End Community Health Center in Boston when, 20 years ago, she felt a calling to go into the ordained ministry.

“I’ve learned a lot about myself as a spiritual being through my medical practice,” White-Hammond said.

White-Hammond described a 5-year-old girl with leukemia whose example became a powerful reminder that healing is about more than saving lives.  Sometimes, she said, it simply involves exercising compassion to alleviate pain.

She said the little girl had suffered tremendously through treatments and one day said she wanted no more. The child said she just wanted to go home. The nurses gave her a party in her room with cake, party hats and singing. The little girl said she had prayed to God, and he told her she was going to heaven where she would see her grandmother and wouldn’t be sick anymore.

“That’s why we’re having a party, she told me,” recalled White-Hammond.

The Venerable Tenzin Priyadarshi, founding director of the Dalai Lama Center for Ethics and Transformative Values at MIT, entered a Buddhist monastery in India at age 10. He said he was drawn there by dreams of mountains and men in saffron robes.

“Spiritual experiences are as real as awake moments,” he said. “Like with love, kindness, compassion, fear, surprise — there are stories around these powerful experiences, but no metrics.” He added that there is a tendency to polarize secular versus religious life.

“Spiritual experiences are as real as awake moments,” he said. “Like with love, kindness, compassion, fear, surprise — there are stories around these powerful experiences, but no metrics.”-Venerable Tenzin Priyadarshi

“Life is really both, but people are just not paying attention,” he said.

So how can researchers and health care providers capture this elusive, multi-dimensional aspect of life that changes over a person’s lifetime?

“It’s like trying to capture Beethoven’s ninth symphony by whistling,” said Kenneth Pargament, a Bowling Green State University professor of psychology. But now there are hundreds of measures that attempt to do just that, he added.

Andrea Baccarelli, the Mark and Catherine Winkler Associate Professor of Environmental Epigenetics at Harvard T.H. Chan School of Public Health, proposed that spirituality be looked at through the lens of epigenetics.

DNA methylation is one epigenetic mechanism that changes the way genes perform. When methylation goes awry, it contributes to disease.

Bacarelli said that he found through the Black Women’s Health Study that a history of child abuse is associated with higher methylation levels in the glucocorticoid receptor pathways in the hippocampus.

“The effect was attenuated somewhat in women with emotional support during childhood,” Bacarelli said. “Does spirituality modulate methylation too? This should be studied,” he added.

There is also increasing evidence that mindfulness techniques — including the relaxation response pioneered by Herbert Benson, the HMS Mind/Body Medical Institute Professor of Medicine at Massachusetts General Hospital, as well as repetitive prayer, yoga and meditation — can cause physiological and psychological changes.

More than 3,000 studies indicate that religion has a potentially beneficial effect on health, said speaker Neal Krause of the University of Michigan School of Public Health.

Belief in a deity engenders hope, which has been linked to positive physiological changes, Krause said. Those who regularly attend religious services benefit from a community that is there to help members cope in difficult times, he added.

Others discussed how religion could play a part in interventions with adolescents around drug and alcohol use or to improve cigarette smoking quit rates among African Americans.

“Patients receiving any form of spiritual support reported a higher quality of life at the end of life than those who didn’t,” she noted.

Both those who received support from their medical team or from their religious community were more apt to transition to hospice care and to decline aggressive treatment, she said.

The symposium also spotlighted many areas where further research was needed. To spur new research, Shields announced a pilot grant program funded by the John Templeton Foundation. Up to five $50,000 one-year grants are available, she said.