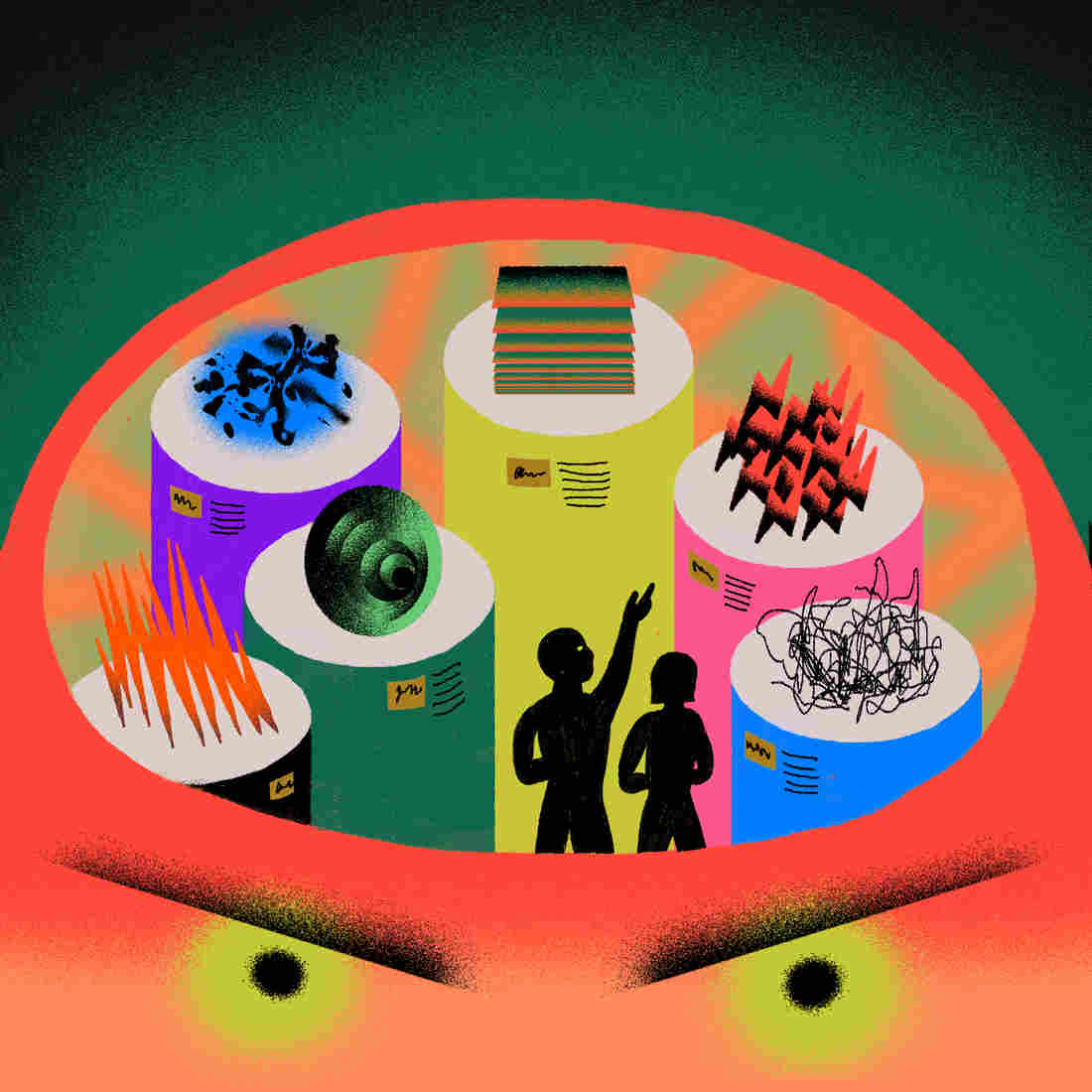 When registered nurse Ebony Monroe of Houston went through a period of being quick to anger about every little thing recently, she didn’t realize what it might mean for her health.

“If you had told me in the beginning that my irritability was related to depression, I would probably be livid,” Monroe says with a laugh. “I did not think irritability aligned with depression.”

And she’s not alone. Many people — including physicians — associate depression with feelings of hopelessness, sadness and a lack of motivation or concentration, but not anger. Some researchers say that’s a problem, given that there appears to be a strong link between irritability and depression.

If you pick up what is often called the “bible of psychiatry,” the Diagnostic and Statistical Manual of Mental Disorders, you’ll find that the list of core symptoms for major depression doesn’t include anger.

“It’s not included at all in the adult classification of depression,” says Dr. Maurizio Fava, a psychiatrist at Massachusetts General Hospital and a professor at Harvard Medical School.

But he points out that irritability — a reduced control over one’s temper that results in angry outbursts — is listed as a core symptom of depression for children and adolescents. It has never made sense to him that it’s not included for adults. “Why would someone who happens to be irritable and angry when depressed as an adolescent suddenly stop being angry at age 18?” he asks.

Anger is an emotional and physical feeling that makes people want to warn, intimidate or attack a person who is perceived as threatening. Fava says a depressed adult with lots of anger is often assumed to have bipolar disorder or a personality disorder.

“We see in our clinics patients who are labeled as having other diagnoses because people think, ‘Well, you shouldn’t be so angry if you are depressed,’ ” says Fava. The diagnosis matters because it affects the kind of treatment people get.

Back when he was trained decades ago, Fava says, he was taught that in depression, anger is projected inward — that depressed people would be angry at themselves but not at others. That didn’t match what he was seeing in a lot of his patients with depression. 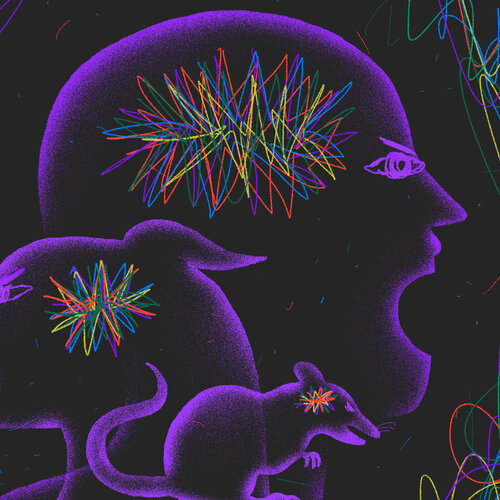 “I would say 1 in 3 patients would report to me that they would lose their temper, they would get angry, they would throw things or yell and scream or slam the door,” says Fava. Afterward, these people would be filled with remorse.

Fava thinks these “anger attacks” may be a phenomenon that is similar to panic attacks. His research found that this kind of anger subsided in the majority of patients treated with antidepressants.

Psychiatry has carefully studied how anxiety and depressed mood are experienced by patients, notes Fava, but anger has been relatively neglected. “I don’t think that we have really examined all the variables and all the levels of anger dysregulation that people experience,” he says.

That view is shared by Dr. Mark Zimmerman, a professor of psychiatry at Brown University. “The field has not sufficiently attended to problems with anger,” says Zimmerman.

“The most frequently used scales to evaluate whether or not medications work for treating depression don’t have any anger-specific items,” he notes.

Yet Zimmerman says clinicians frequently see increased anger in people who come to doctors seeking help. “Irritability is not that much less frequent than sadness and anxiety in patients who are presenting for psychiatric treatment,” he says.

Zimmerman and some colleagues recently surveyed thousands of patients who were making their first visit to the Rhode Island Hospital’s outpatient psychiatric practice. All were asked about the level of anger they had felt or expressed in the preceding week.

“Two-thirds of individuals reported notable irritability and anger,” he says, “and approximately half reported it at a moderate or severe level.”

Another large study by a different research group looked at more than 500 people who had been diagnosed with major depression. It found that more than half showed “overt irritability/anger,” and that this anger and irritability appeared to be associated with more severe, chronic depression.

Monroe, the nurse, was lucky enough to have a concerned friend who gently suggested that maybe she should talk to someone. “The way that she approached me decreased that wall of anger and anxiety,” says Monroe, “and that’s when I decided to seek the help.”

Monroe came to realize that traumatic events from her childhood had left her depressed and full of unresolved anger. With nowhere for that anger to go, she was lashing out at loved ones like her sister and husband. “So they caught the back end of my irritability when, in fact, they had nothing to do with the source of it,” she says.

After about a year of counseling, her life has improved a lot, Monroe says. She now works with a group called Families for Depression Awareness to help others recognize the signs of depression. Its list of symptoms that families should watch for includes “picking fights, being irritable, critical, or mean.” 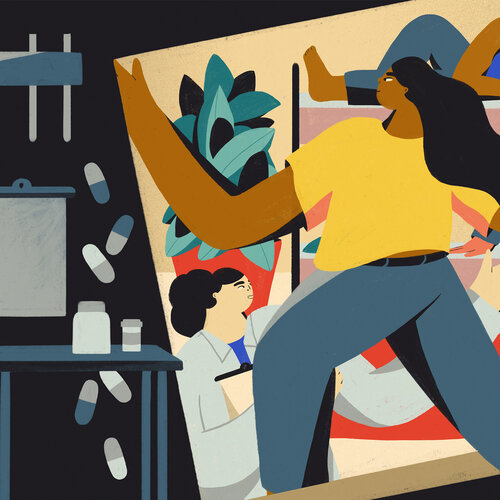 Still, people with depression can have a hard time recognizing this in their own lives.

When I called up the Depression and Bipolar Support Alliance to ask about anger, I reached its communications person, Kevin Einbinder. He initially thought to himself, “I’m sure somebody else certainly deals with anger, but I don’t have anger issues associated with depression.”

Then he started reflecting on his life with depression over the past three decades. “I thought of all the people in my life who have interacted with me — my family, the counselors, psychiatrists, even employers, significant others,” he says, “and I realized that anger was an underlying factor in all those relationships.”

For example, he used to use caustic, sarcastic humor to put people down. “This really drove people away,” says Einbinder. He also recalls sending angry emails late at night after lying awake and ruminating about things that had happened during the day. A counselor helped him see why this wasn’t such a good way to handle problems.

Overall, though, he and his caregivers never focused on anger.

In hindsight, he says, he really wishes they had.

“I think that would have provided a tremendous amount of context for what’s adding to my depression and in helping me, early on in my life, with more effective coping mechanisms,” Einbinder says.

With medication and therapy, he is doing much better now. Einbinder hopes that sharing his experiences will help people understand that if they’re dealing with depression and anger, “they’re not alone and there’s loads of resources out there.”