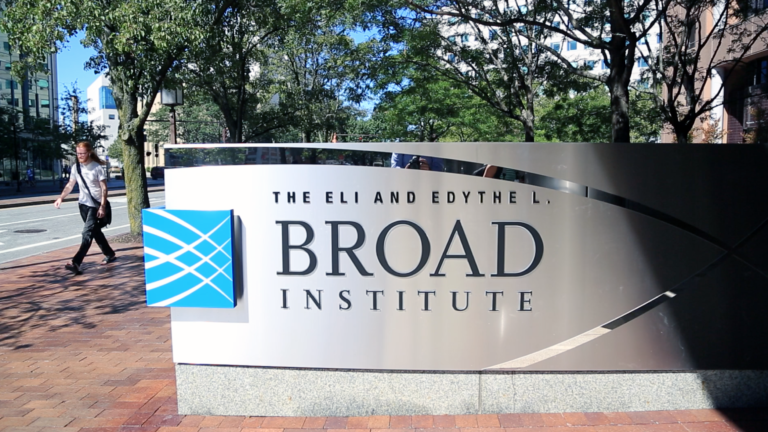 The Broad Institute in Cambridge, Mass., has announced that “non-critical” work at the institute had to wrap up by this coming Wednesday. Matthew Orr/STAT

Scientists who study coronaviruses or design antiviral therapies are grinding away at their research like never before. But some of their counterparts in other academic laboratories are winding their work down, as the coronavirus pandemic leads to institutional shuttering and people avoiding working in close contact.

“Our goal is to minimize the number of people in our facilities at any one time, while allowing science that is absolutely essential to continue on-site,” Eric Lander, president of the Broad Institute of MIT and Harvard, wrote in an email to staff Saturday morning announcing that “non-critical” work at the institute had to wrap up by this coming Wednesday.

Harvard told its Arts and Sciences faculty this week that it was also ending most research on its campus for an expected “at least six to eight weeks,” though labs at some of the institution’s other schools remain running. Tufts University has told researchers “to ramp down research in physical laboratories on our campuses for two weeks effective immediately, after which the University will evaluate if additional time is warranted,” Tufts spokesman Patrick Collins said Saturday. MIT is instituting a similar plan as well.

“Our goal is to minimize the number of people in our facilities at any one time, while allowing science that is absolutely essential to continue on-site.” – Eric Lander

These announcements this week went further than most institutions across the country have gone thus far. Some other university labs in the Boston area, where a growing number of cases have been detected, remain open.

But researchers at other universities, even in places where there is not confirmed community spread of the coronavirus, say they are anticipating having to adjust as the outbreak evolves, and have started preparing should they need to close.

Researchers said that any widespread and lengthy shutdown could have tremendous implications for the pace of scientific discovery. They said that public health and the safety of their lab members were paramount, but that they still worried that being away from their labs for weeks or months would mean having to restart certain projects or abandon experiments. That not only translated into wasted time and resources, but postponing and even forfeiting the new discoveries and insights that emerge when students, postdoctoral fellows, and senior scientists toil away in their labs.

If supplies and experiments cannot be sustained, “we’re going to lose a lot of science,” said Holden Thorp, the editor-in-chief of the Science journals.

Researchers said they were also worried about what such a pause could do to their trainees, who are under intense pressure to publish studies as they try to launch academic careers. Already, some labs have told undergraduate researchers to stay home and given graduate students the same option if they do not feel comfortable coming into work. Group meetings have been moved online.

Biomedical research is not the type of job that can be done from kitchen tables and living room couches. It requires special equipment. Some experiments have to be conducted while wearing protective gear or under powerful ventilation systems. Cell lines have to be fed. Mice do not live all that long. Lab animals are not the type you can buy at a pet store; many have been bred to have particular patterns of mutations. (Researchers said that staff members who take care of animals are typically considered essential personnel and will continue their work, even if no research with the animals will go forward.)

“Unfortunately, it means shutting down some long-term experiments,” said Richard Lee, a Harvard researcher focused on diseases of aging. He said his lab was working on some mouse experiments that take four to six months. “Stopping those experiments hurts because we lose that amount of time. But everyone has to do their part.”

Another project that his lab closed down: a study of age-related DNA damage in a human immune cell called a lymphocyte. Its aim was to help explain why older people have weaker immune systems.

In the way that many companies have moved to an open-office plan in recent years, some newly constructed research labs have been built as shared spaces. That way, depending on the funding and size of a project, a team can scale up or down the number of seats at a lab bench it needs. But it also means that more people are exposed to each other in their daily work.

Even labs that are conducting coronavirus research are expecting possible interruptions.

“So far we are staying open but the situation is very fluid,” said Arturo Casadevall, chair of molecular microbiology and immunology at the Johns Hopkins Bloomberg School of Public Health, who is researching how blood from people who survive Covid-19 (the disease caused by the virus) could be used as a treatment for those fighting the infection.

And at the University of Iowa, longtime coronavirus researcher Stanley Perlman said undergraduates are no longer allowed to work in labs, and graduate students have some restrictions. That limits the number of people together at any one time and reduces the chance of someone passing on the virus, which is called SARS-CoV-2.

“We’re hoping that by the end of April we’ll be back to normal,” Perlman said.

In addition to not wanting to serve as a transmission ground for the virus, researchers said they were conscious of not competing with the public health response for resources. One aspect of the testing debacle in the United States has been the shortage of RNA extraction kits that are used to isolate the virus’ genetic material so it can be tested. But the tool is also commonly used in basic research.

“I know, for example, hospitals in this country are actually writing to their research laboratories at the same universities asking the laboratories to please send any extra kits that they might have to do the RNA extraction,” said Michael Mina, an epidemiologist at Harvard’s T.H. Chan School of Public Health. “So that’s an extraordinary move for hospitals, making announcements to academic departments asking to please set their experiments on hold and send any available kits to the hospital labs.”

Biomedical engineer Catherine Klapperich’s lab at Boston University remains open for now, but researchers there have been advised not to have lab meetings with more than 10 people, “which is basically every lab meeting,” she said. Three weeks ago, her lab made a rule that scientists could not run an unsupervised experiment overnight, in case one day they were not allowed back into the building.

Klapperich said one of her graduate students on Friday was about to start an experiment that would take a week and a half, but that he didn’t want to if it was going to get scuttled along the way. Together, they decided he could do the first step and then freeze the materials if needed.

“They have to stop their work if they can’t go to the lab,” Klapperich said about graduate students. “It’s gotta be incredibly frustrating because they don’t know how long it’s going to be.”

In their messages to researchers, institution leaders have acknowledged that while being kept from the lab bench was a massive disruption, scientists could still run analyses and perform computational modeling from outside their labs, or write grant proposals and draft study manuscripts — suggesting that work should continue.

Klapperich said that a scientist she knows whose lab was being shut down joked that in six months, there were going to be a bunch of new review articles published by the lab.