We all are impacted by, and reap the benefits of, medical research discoveries. From over-the-counter drugs, to healthcare policies and educational interventions, many of these advancements are a result of incredible feats, decades of work, and sometimes serendipitous events. Join us as we sit down with Harvard researchers to discuss these captivating behind-the-scenes stories of research.

Identifying the various funding sources available to researchers is key to obtaining grants. Caterina Stamoulis, PhD, Boston Children’s Hospital, serves as course director for our Non-NIH Government Funding Agencies course and our Grant Funding for Researchers Certificate. In this episode, she discusses her personal experience obtaining funding and provides guidance for researchers. 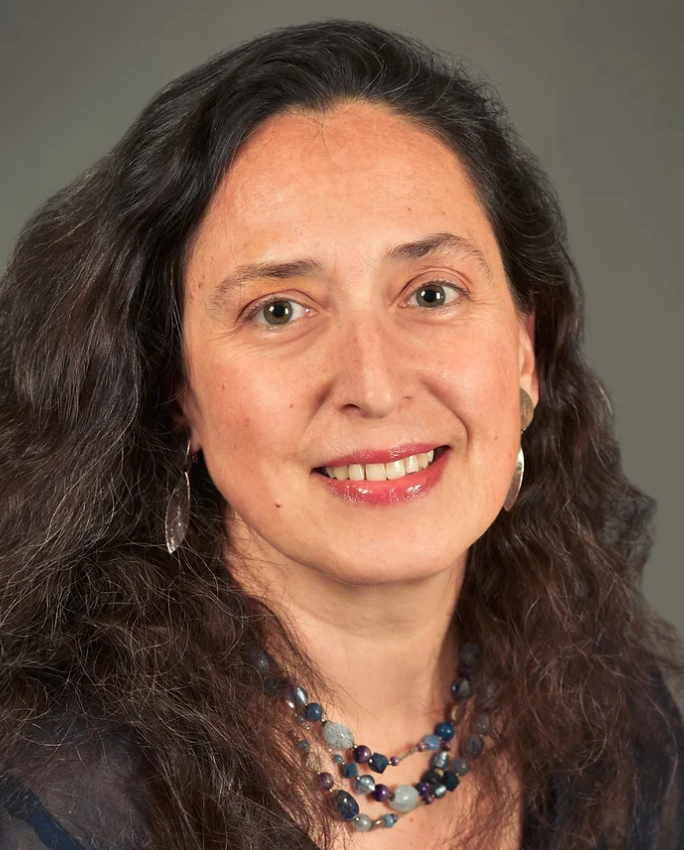 Caterina Stamoulis, PhD, is associate professor of pediatrics at Harvard Medical School. Her broad research interests are computational neuroscience, signal processing, neurostatistics, and data science. She leads multiple projects that use large-scale datasets and novel computational tools to elucidate the evolving neural circuitry of the developing brain. Stamoulis completed her undergraduate and graduate studies at Massachusetts Institute of Technology (MIT). She completed her postdoctoral training in neuroscience at MIT and in biostatistics at Harvard T.H. Chan School of Public Health.

What impact does research culture have on mental health and diversity in STEM? Zoe Ayres, PhD, and Juanita Limas, PhD, discuss their recent paper on this subject and share their experiences in both academia and industry. 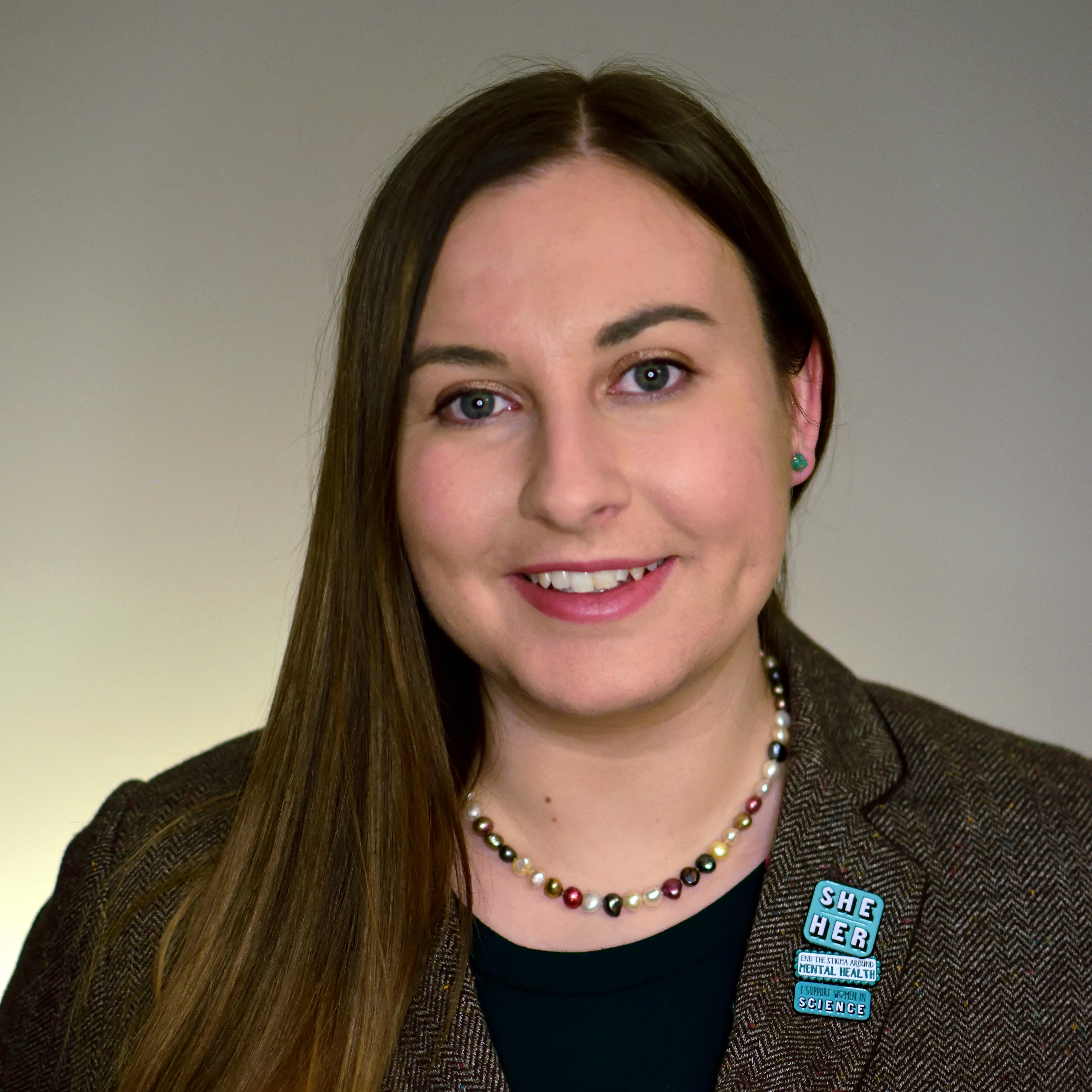 Zoë Ayres, PhD, is an analytical scientist. After spending several years in academia post-PhD, she is now head of research and development in industry. Ayres is a mental health advocate in her spare time, working towards improving mental health in research settings, primarily focusing on graduate mental health. She works to raise awareness of issues commonly faced by academics through various campaigns and initiatives and is the author of the #mentalhealth poster series on Twitter (you can find her @zjayres). She is author of the book “Managing Your Mental Health During Your PhD: A Survival Guide” published by Springer Nature in 2022. 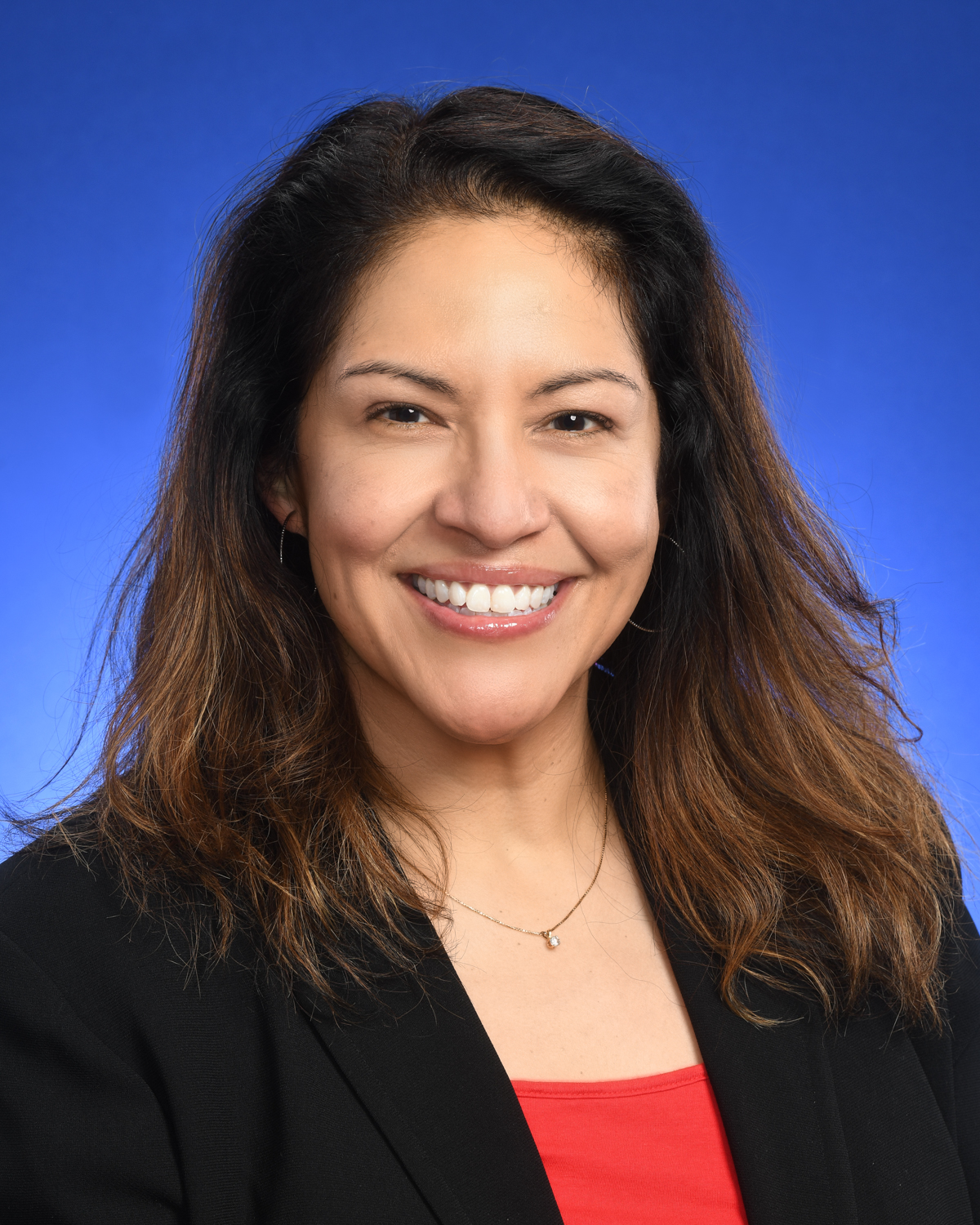 Juanita Limas, PhD, is an advisor/research scientist in Molecular Pharmacology (DCRT) at Eli Lilly & Company in Indianapolis, IN. Previously, Limas served in the Peace Corps as a community health education volunteer in Nicaragua, where she provided logistical support to the Ministry of Health. Following the suicides of several friends during her PhD, Limas was spurred to start a dialogue with both Howard Hughes Medical Institute (HHMI), as well as the Department of Pharmacology at University of North Carolina at Chapel Hill (UNC-Chapel Hill) surrounding mental health challenges of PhD students in STEM. These conversations led to systemic changes in the HHMI Gilliam Fellowship application process, requiring applicants to understand what types of mental health resources are available at their own institutions as well as requiring students/PIs to address this in their applications. In addition, Limas started a mental health task force within her department, collecting data and starting initiatives surrounding ways to better support graduate students in the department. At the end of her PhD, she collaborated with Zoë Ayres to write a paper about research culture’s impact on mental health. Limas completed her PhD in pharmacology at the UNC-Chapel Hill and her master’s degree in biomedical sciences from Barry University.

This episode addresses the importance of mental health and work/life balance with guest Teresa Evans, PhD, principal consultant at TiER1 Performance, who shares findings on the mental health crisis in graduate education. 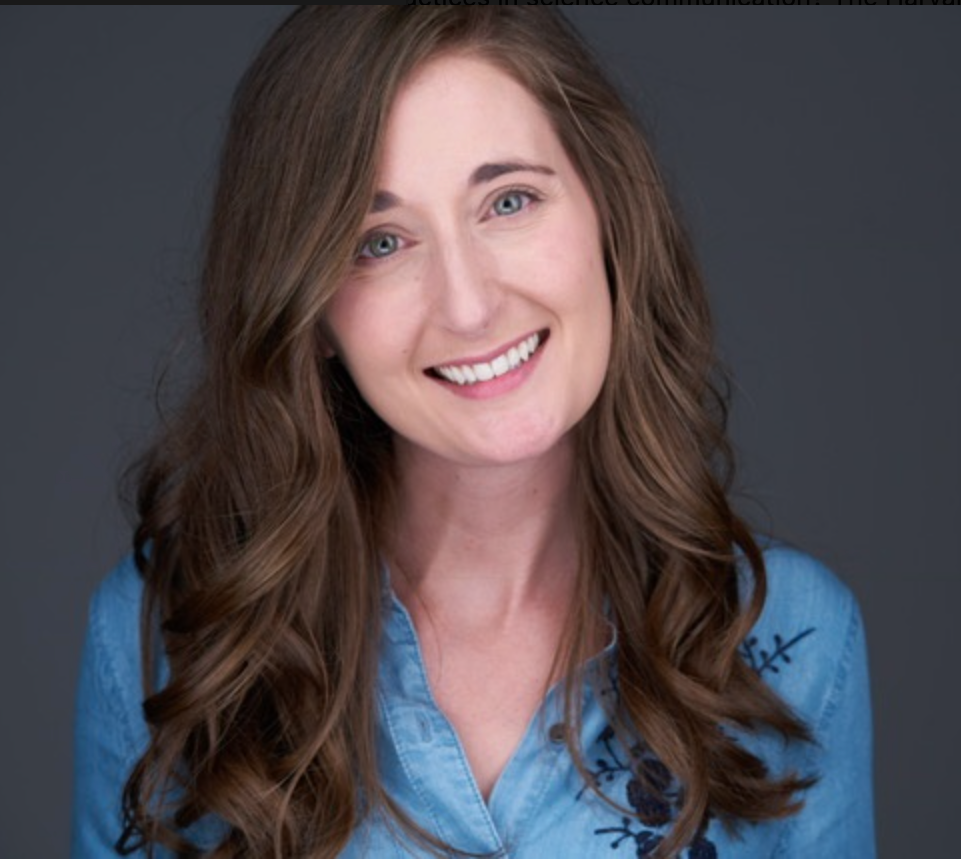 Teresa Evans, PhD, is a scientist, leader, and consultant whose passion involves cultivating innovation and performance within commercial and government teams. Currently, Evans is a principal consultant for TiER1 Performance, an employee-owned consulting firm that activates business strategies through people. In this role, she leads projects that help organizations engage their staff, creating high-performing teams and places to work. Evans additionally serves as faculty member at the University of Texas (UT) Health San Antonio, and is founding director of their Office of Career Development. A former partner in a technology accelerator and COO of a clinical research, Evans has commercialization expertise that spans both bioscience and technology. She received her PhD in neuroscience from UT Health San Antonio.

“I realized there had not yet been a systematic review and meta-analysis looking at depression in residents. So I thought, all right, I’m going to write one. And so I set out to do that,” says Douglas Mata, MD, MPH, Foundation Medicine, about the inspiration behind his research, which focuses on mental health among medical students and residents. 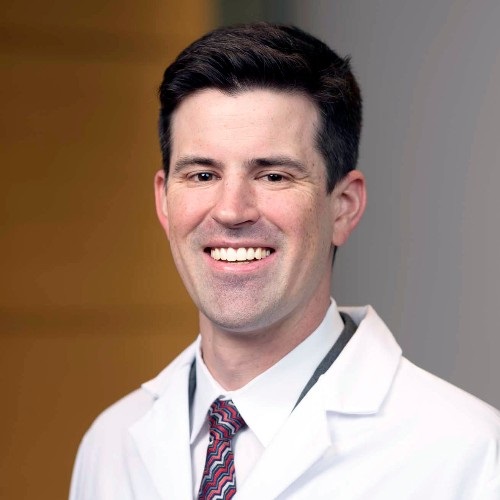 Douglas A. Mata, MD, MPH, is a molecular genetic pathologist at Foundation Medicine and a non-resident tutor in pre-medicine at Harvard College, both in Cambridge, MA. He trained as a resident physician in anatomic and clinical pathology at the Brigham and Women’s Hospital, as a clinical fellow in pathology at Harvard Medical School, and as molecular genetic pathology fellow at Memorial Sloan Kettering Cancer Center. Dr. Mata received his bachelor’s degree in biochemistry from Rice University, his MD from Baylor College of Medicine, and his master’s degree in public health from the University of Cambridge and was a Fulbright Scholar in genetic epidemiology at the European campus of the M.D. Anderson Cancer Center in Madrid, Spain. He is passionate about molecular oncology, medical education, biostatistics, and neuropsychiatry and has a particular interest in the health and well-being of healthcare practitioners, particularly physician trainees. His letters, editorials, and original research have appeared in JAMA, JAMA Health Forum, Academic Medicine, Lancet Psychiatry, NEJM, and PNAS, and his work has been featured in Newsweek, New York Times, Time Magazine, U.S. News & World Report, and the Washington Post. His textbook Statistics for Pathologists is a reference text in pathology medical education. 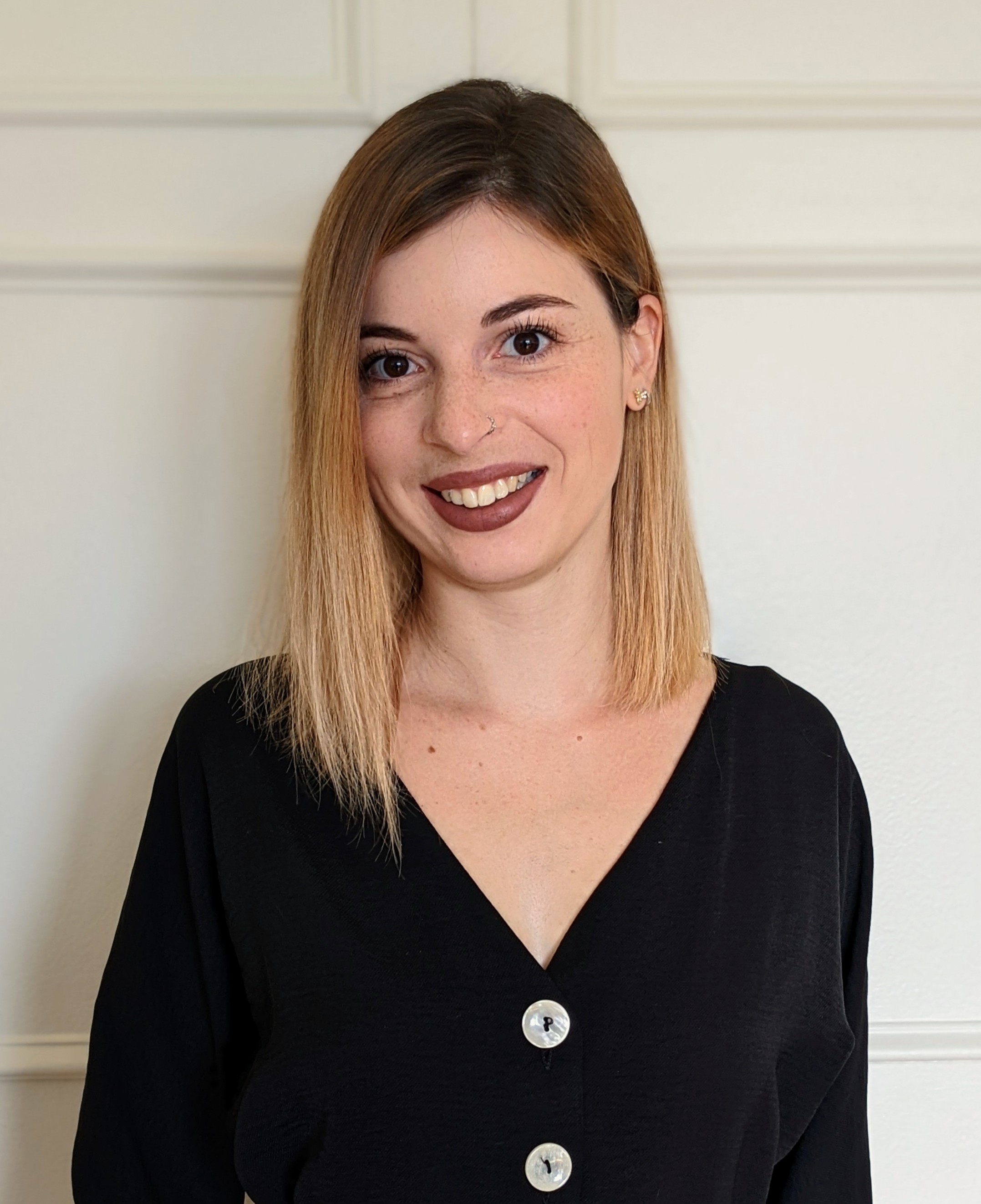 Isabel Castanho, PhD, is a neurobiologist working with Winston Hide, PhD, at Beth Israel Deaconess Medical Center, at Harvard Medical School, as a postdoctoral research fellow. She’s interested in studying the brain’s response to threats and disease, and recently left the laboratory to use bioinformatics and computational methods to continue her study. Her research interests include investigating Alzheimer’s progression and identifying protective mechanisms for this devastating disease through the study of genes and their regulation. Castanho has a growing interest in mental health and illness, and neurodiversity. She serves as head of communications at the MIND Project, where she utilizes science communication and outreach efforts to help spread awareness about the challenges caused by neuropsychiatric and neurodevelopmental disorders, with the goal of improving mental health for all. 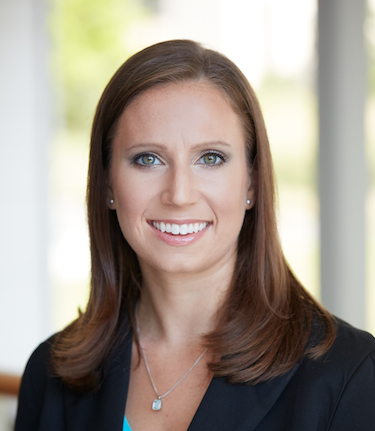 Heather Burrell Ward, MD, is a board-certified psychiatrist at Vanderbilt University Medical Center, where she specializes in interventional psychiatry, including repetitive transcranial magnetic stimulation (rTMS), and psychotic disorders. Ward uses neuromodulation (rTMS) and neuroimaging to understand and treat the brain-circuit basis of psychotic disorders. She has studied nicotine dependence in schizophrenia for the past decade, and is using individualized, network-targeted TMS interventions for nicotine dependence in schizophrenia. She is interested in developing TMS interventions for substance use, psychomotor slowing, cognitive impairment, and clinical symptoms in psychotic disorders. Ward attended Duke University School of Medicine and completed psychiatry residency training at Brigham and Women’s Hospital at Harvard Medical School in the research track. She also completed a fellowship training in behavioral neurology and neuromodulation at the Berenson-Allen Center for Noninvasive Brain Stimulation at Beth Israel Deaconess Medical Center. Ward has received numerous awards and was named a 2021 STAT News Wunderkind, which recognizes top young investigators in North America.

Advances in neurotechnology are leading to new developments in brain implants which can be used to treat neurological disorders. Paul Le Floch, PhD, discusses his work as CEO and co-founder of Axoft, which is working on soft brain implants. 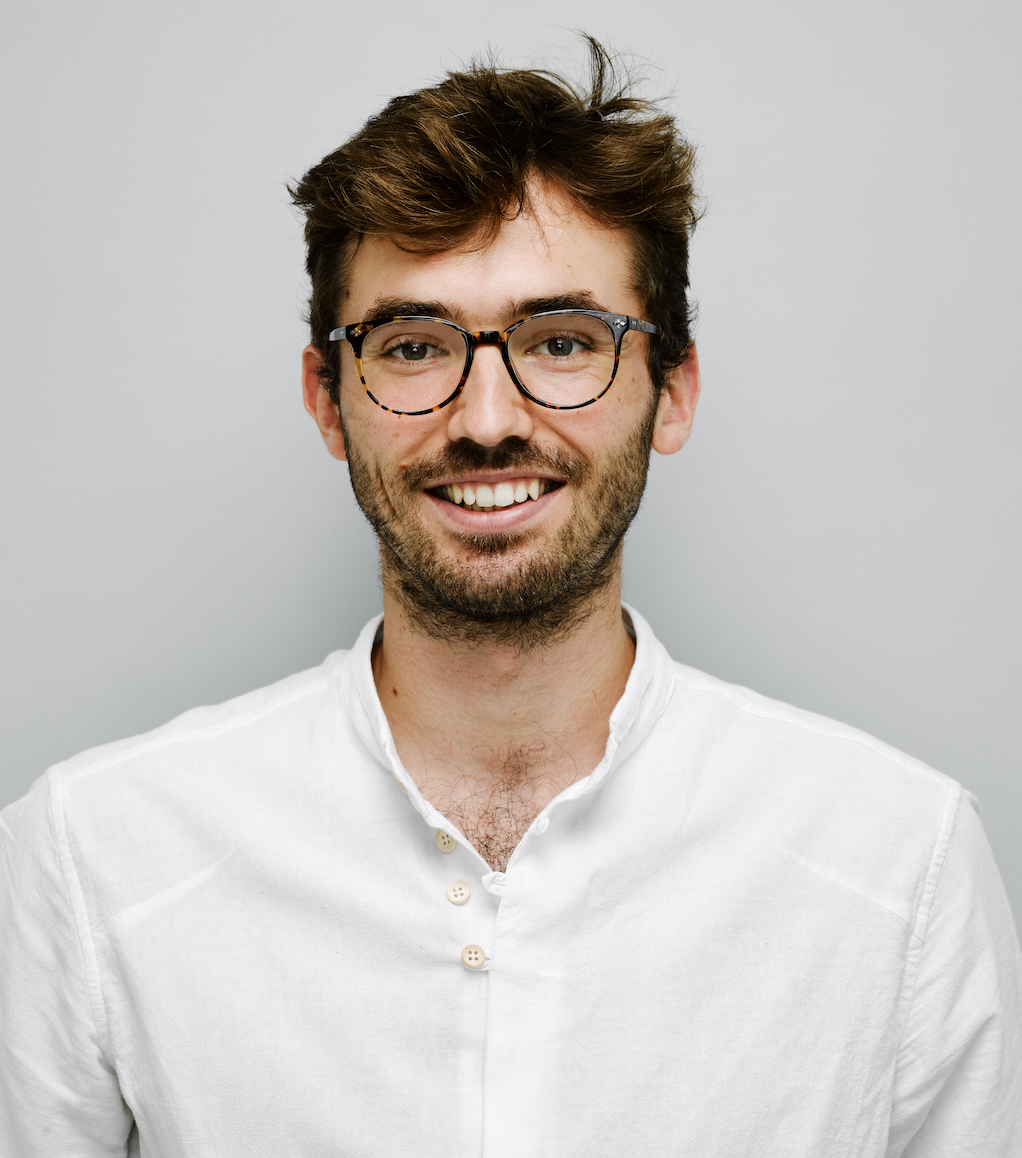 Paul Le Floch, PhD, is CEO and co-founder of Axoft, an early-stage company that is currently developing a novel technology of soft and scalable neural implants. The company is working to improve the overall efficacy of implantable bioelectronic devices to unlock new therapies for patients suffering from long-lasting neurological disorders. Le Floch obtained a MS in executive engineering from Mines Paris – PSL and an MS from ESPCI Paris – PSL, before joining the Harvard John A. Paulson School of Engineering and Applied Sciences, where he obtained his PhD in materials sciences and mechanical engineering. 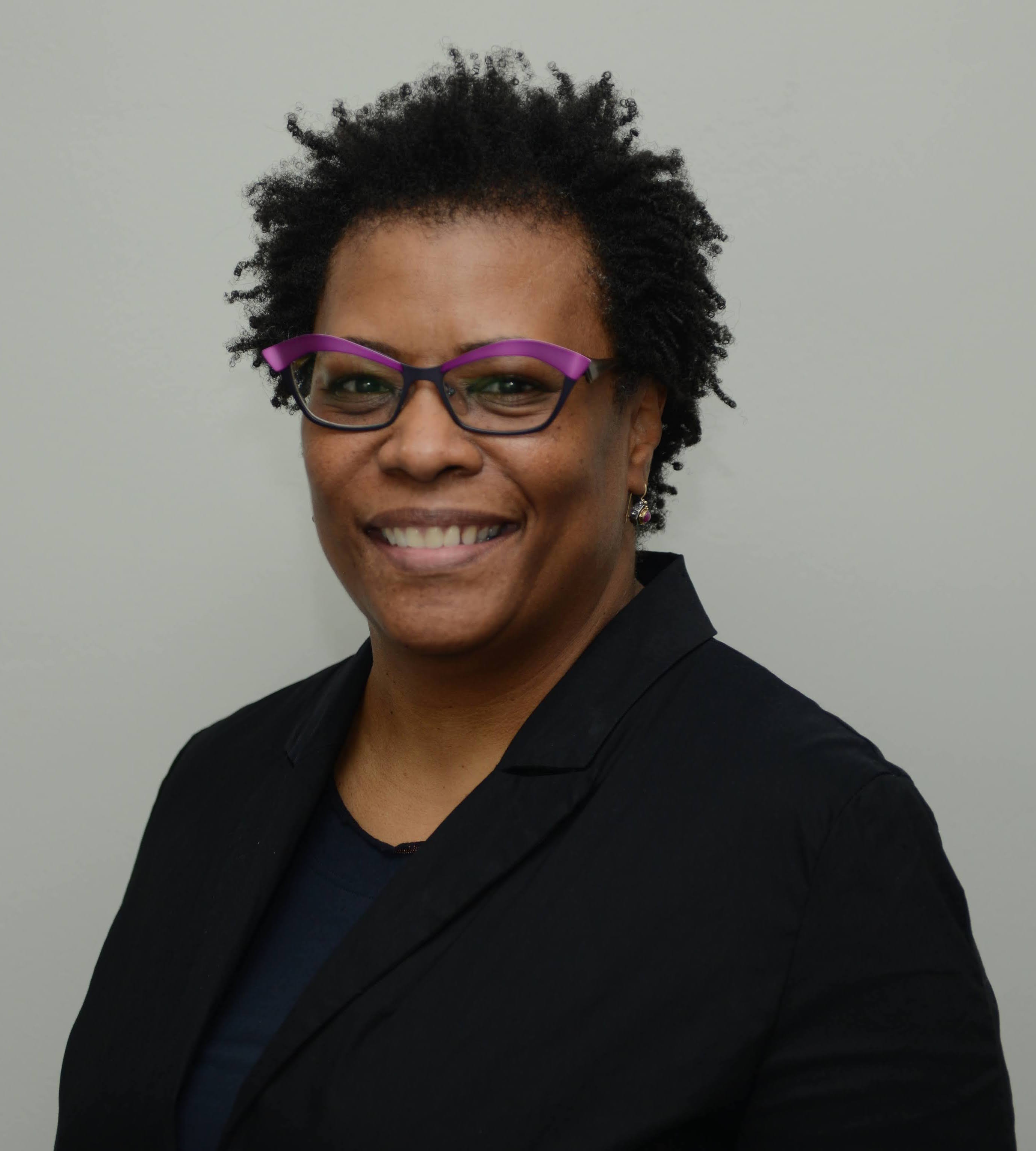 Wendy Slone, PhD, is the CEO and founder of bTECH and inventor of the Halycon SMART Patch.  She has experience in nanotechnology and in developing biopolymers for biomedical applications in the treatment of chronic, non-healing wounds which can lead to diabetic foot ulcers. Under Slone’s leadership, bTECH’s accomplishments include participation in the Research, Entrepreneurship, Discovery and Innovation Zone (REDIzone) Incubator and Commercialization Program at the Northeast Ohio Medical University, gBETA MedTech for Black Founder’s Accelerator, NASA iTECH Ignite the Night Pitch Competition, the Massachusetts Medical Device Development Center (M2D2) Impact Accelerator, Harvard Catalyst TRANSCEND course, the Capital Network Female Founders Fellowship, and FedTech Fireside Chat sponsored by Johnson & Johnson Blue Knight Lab. bTech was selected as a finalist in the University of Massachusetts M2D2’s 11th Annual $200K Challenge. 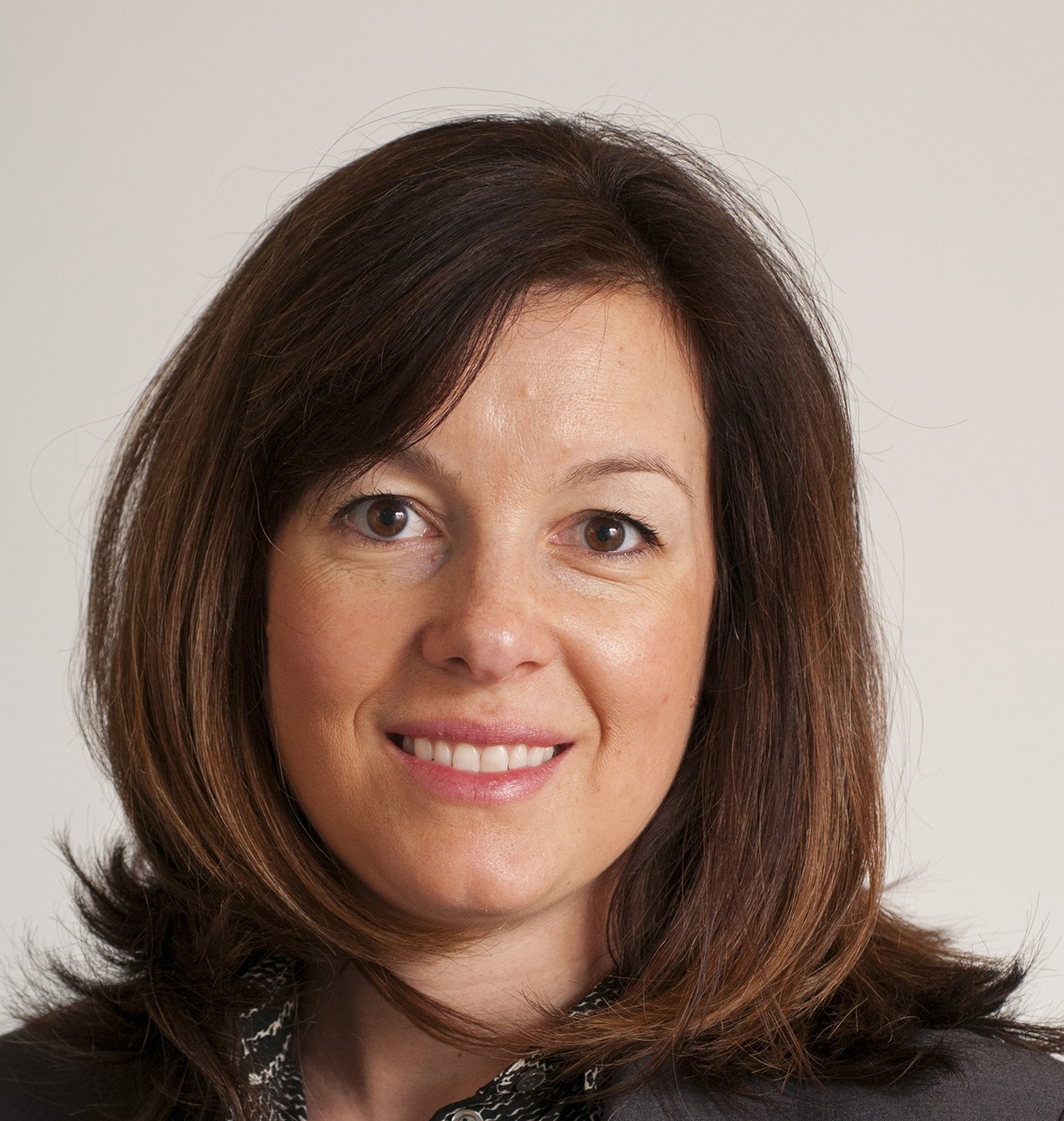 Gina Kruse, MD, MPH, assistant professor of medicine at Harvard Medical School, and a clinical investigator in the Division of Internal Medicine at Massachusetts General Hospital (MGH). Additionally, she is program faculty for the Harvard Catalyst Community Engagement Program. Kruse is a physician researcher who studies the use of technology and mobile health to improve the delivery of tobacco cessation and other preventive services among underserved communities in the U.S. and internationally. She uses observational data, randomized trials, implementation science, and mixed methods to conduct community-engaged research. For the past two years, Kruse has served as the implementation lab director of the National Cancer Institute funded Implementation Science Center for Cancer Control Equity (ISCCCE), which aims to advance equity in cancer control by developing new methods to improve the delivery of evidence-based interventions in community health centers.